What do you get when you mix the styles of Japanese animation, North African architecture and culture, steampunk, and 1970s era French comic books? The attention of a lot of geeks, especially when it results in the animated short film The Ottoman, currently in production by independent Luckbat Studio, headquartered in Brooklyn, NY, and Circus Ink Entertainment, headquartered in Toronto, Canada. 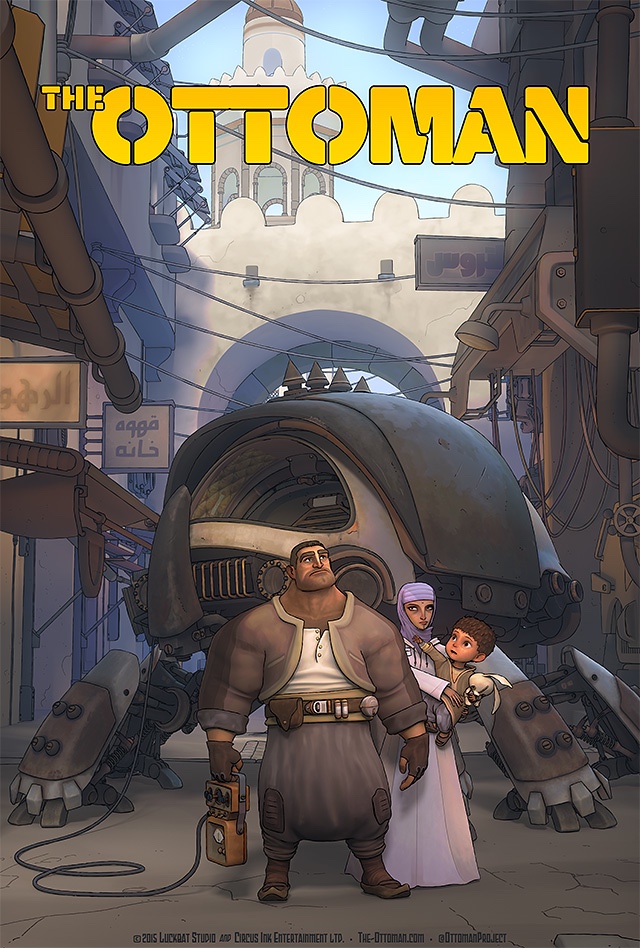 The Ottoman is a 3D animated short film set in a fictionalized Ottoman Empire, with a futuristic post-WWII, Cold War-inspired, dystopian environment. In a word, it’s simply called dieselpunk, and according to Mike Stamm, Director of Luckbat Studio, Animation Director Dimos Vrysellas, and the outstanding team behind The Ottoman, roughly maps to steampunk in this way:

The Ottoman’s no dialogue, 12-minute short tells the story of the Ottoman, a simple yet (over) confident mechanic in the flourishing city of Tunisia with hopes of competing in and winning the Mecha-Insect Battle Tournament with his beetle-mecha, the Scarab. The Ottoman discovers he will have to face the current tournament champion who pilots a mecha called the Scorpion. He becomes fearful and obsessed with winning, risking his relationship with his wife and son. The rest of the story will be seen once The Ottoman is released, with Stamm anticipating that it would happen towards the end of 2018.

Regarding the dieselpunk moniker, Stamm said, “Initially, Luckbat Studios borrowed elements from steampunk, Japanese animation director Koji Morimoto’s retro-futuristic world-building, North African architecture and culture, and French comic-book legend Moebius to create a style we felt was unique and organic.” However, while not strictly adhering to traditional dieselpunk, the team decided to embrace it, rather than debate the minor distinctions for or against it.

Breaking it down directly, Stamm said The Ottoman’s own style is Ottopunk, which is something like, “Arabesque + new Ottoman empire era + insect mecha + spy/thriller-type adventure.” Stamm also said The Ottoman’s particular style will be displayed during the film’s opening shot, with a camera fly-over of Tunisia that shows, “hundred-year-old adobe buildings of the medina outfitted with a makeshift assortment of ducts, pipes, and cables.” The city has a bustling economy, and industrial service mechas can be seen everywhere, helping to keep the city a thriving desert sanctuary.

The Ottoman Kickstarter launched on November 16, 2014, and ended successfully by raising $76,700 with 287 backers exactly 30 days later on December 16. According to Stamm, that’s enough funding to get the film’s 12 minutes of animation complete (they’re currently finishing the final 2 minutes), along with post-production cleanup, lighting, and SFX. Stamm added that The Ottoman will probably launch a second Kickstarter campaign to cover the expenses for sound designers, composers, and compositors.

While anxiously waiting on the end of 2018 for the release of The Ottoman, we can click around the Internet to see some of the film’s dieselpunk coolness. The Ottoman official website has plenty of details about the inspiration, animation, and the team putting the film together. There’s also a podcast called “Animation Is Hard”, hosted by director Mike Stamm and animator Matthew Krick, where they talk about the trials and pitfalls of producing storytelling animation, and give advice for struggling freelance animators. There’s also “The Automan’s Daughter“, a webcomic expanded from The Ottoman, written by Mike Stamm, drawn by Shadia Amin and colored by Sarah Stern. 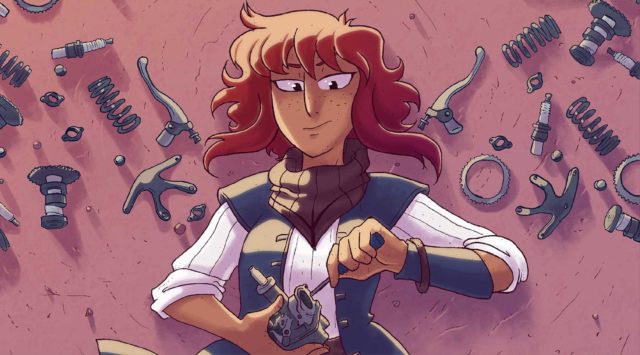 The Ottoman has a Facebook page, and Mike Stamm has a Youtube channel where he posts short in-production video clips of the film. Don’t miss Luckbat Studio’s website, where they share their portfolio of past and present productions. And if you’re looking to dive deep into the geek of dieselpunk influence, check out the Orange / Koji Morimoto / Scrapbook and Jean Giraud aka Moebius Art Gallery websites.

Are you anticipating The Ottoman like we are? Did you contribute to its Kickstarter? What do you think about dieselpunk? Tell us in the comments!