Is THE MATRIX RESURRECTIONS' Morpheus the Same Character? - Nerdist

Is THE MATRIX RESURRECTIONS’ Morpheus the Same Character?

The film’s first trailer, and the actor himself—want us to believe Yahya Abdul-Mateen II is playing a younger version of Morpheus. But is that really Morpheus in a different body in The Matrix 4? If so, why would he need a new vessel? What happened to the old Morpheus? Did he die? Or is something else going on in a world where nothing is as it seems? Morpheus’s history, including his fate after The Matrix Revolutions, offers a guide to deciphering this confusing code.

Morpheus Before Neo: Morpheus’ Escape From the Matrix & Early Life

Like Neo, the original Morpheus began his conscious life in the Matrix. His physical body served as a battery for the machines. But how did Morpheus wake up and escape the Matrix? Just as he freed Neo from his prison, someone freed Morpheus from his. Unlike the adult Neo though, Morpheus was a young child when he joined the real world. 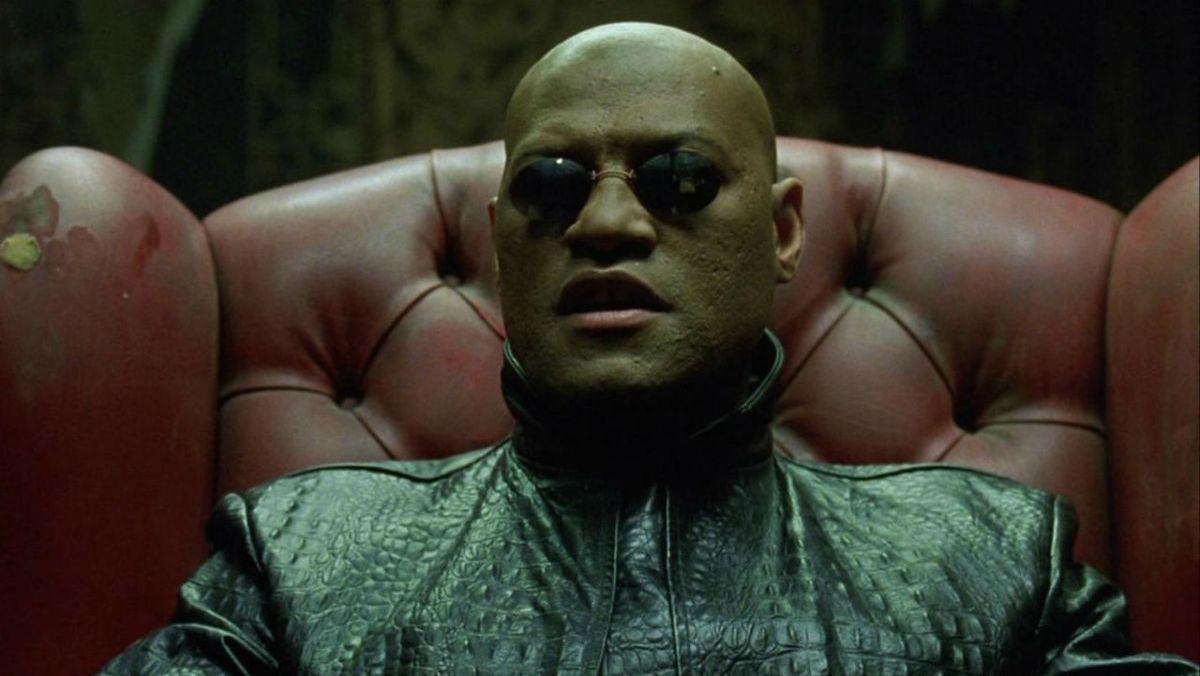 He grew up in Zion. There he joined the Resistance to fight back against the machines. Eventually, he became captain of the Nebuchadnezzar. Morpheus continued freeing others trapped in the virtual world. But always with an eye towards finding the “The One” the Oracle prophesied. His obsession with finding mankind’s savior became all-consuming, resulting in the end of his romantic relationship with Niobe, played by Jada Pinkett Smith who will appear in Resurrections.

The Canonical Death of Morpheus: Has Morpheus Died in The Matrix Franchise? 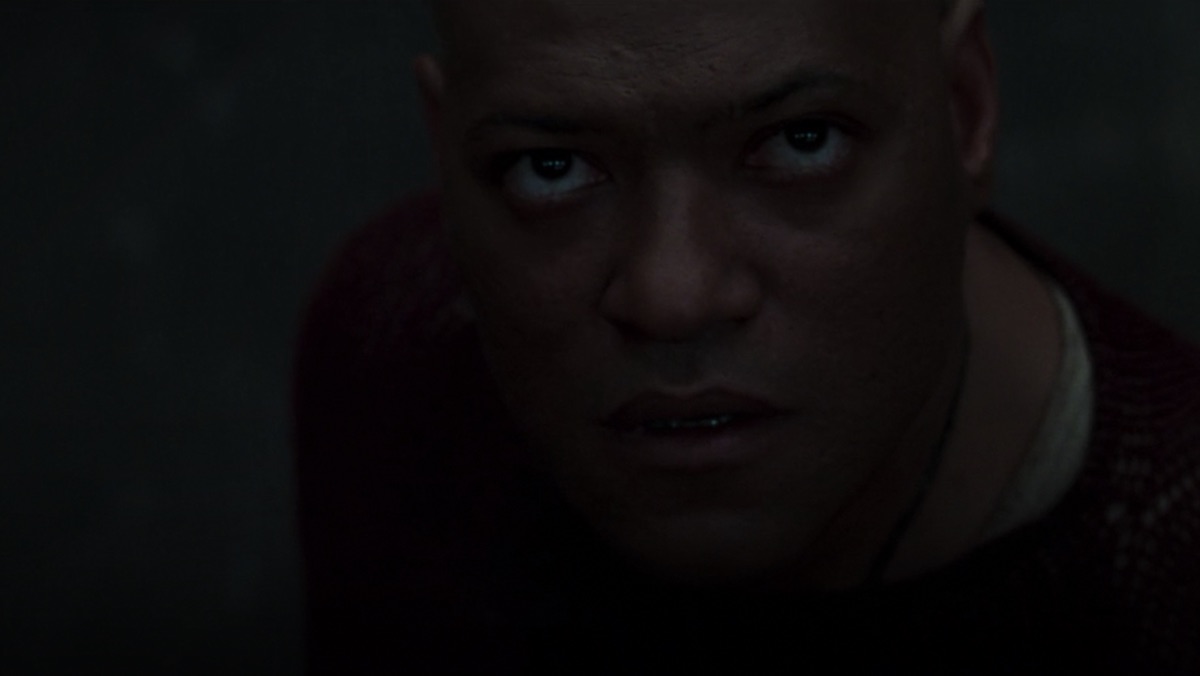 Both Reeve’s Neo and Moss’s Trinity died at the end of The Matrix Revolutions. Laurence Fishburne’s Morpheus was the only one of the three to survive. He was present when the sentinels retreated from Zion, following the machine’s deal with Neo to save both worlds from Agent Smith. While the Matrix’s Architect did not think the peace would last forever, it lasted long enough to be a part of an official, canonical game. One that chronologically takes place after Revolutions.

The Wachowski sisters gave their approval for The Matrix Online, a multiplayer RPG that ran from 2005 to 2009, to continue their story. Technically everything that happened in the game—which saw players navigating a post-Revolutions Matrix where man and machine co-exist—is supposed to be canon. And that includes the death of Morpheus. So yes, Morpheus has died in The Matrix franchise, even though he did not officially die in The Matrix movies.

But the only thing more shocking than learning Morpheus officially died in The Matrix universe via a video game is learning that his death was incredibly lame.

If Morpheus died like that in a films, fans of the franchise would, fittingly, still be angry online.

There is some debate as to whether or not Morpheus truly met his end in the game though. The Matrix Online established a mechanism to explain why, unlike in the films, a human’s death inside the Matrix didn’t lead to their death in the real world. (They got pulled out of the Matrix before their virtual death resulted in physical death.)

Morpheus’ body was never found. And some dialogue suggests his virtual killer was merely making it impossible for Morpheus to come back into the Matrix, a different ending than death. Whatever the truth, Morpheus never appeared again. Not until The Matrix Resurrections trailer. Maybe. 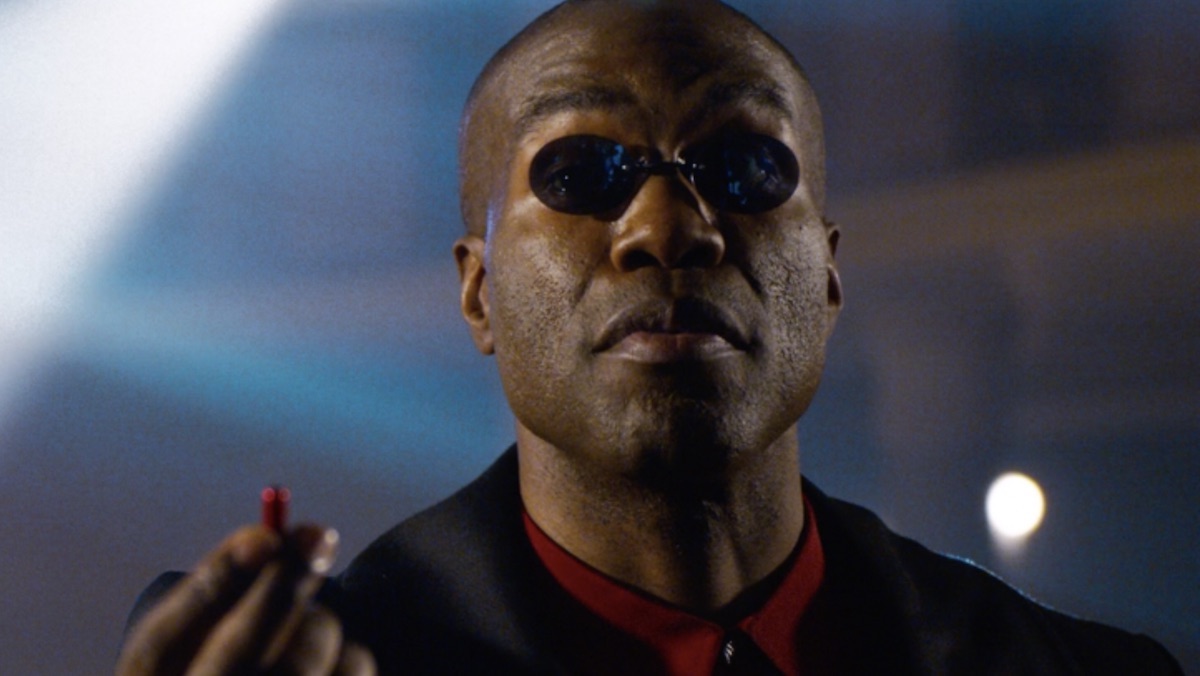 The Matrix Resurrections trailer leaves little doubt about who we should think Yahya Abdul-Mateen II is playing. We’re supposed to accept this is Morpheus in a different body. Mateen’s character dresses like Morpheus. He rocks the same glasses as the old version.  He even wields weapons like Morpheus. This “Morpheus” also trains with Neo the same way as the two did in the original film. And he is the person who, once again, offers Neo a chance to take a red pill and travel down the rabbit hole.

As though there could be any doubt we should accept this character as the former captain of the Nebuchadnezzar, Mateen named himself as Morpheus on social media.

That might be exactly who he is. The same Morpheus we knew before, just in a different body. There’s already an established precedent for this type of transformation in the franchise. Following the death of Gloria Foster, Mary Alice was cast as the Oracle in The Matrix Revolutions. Alice was playing the exact same Oracle, just with a new “shell” after the Merovingian destroyed her old one.

The Oracle was a program though, not a human. Changing her appearance would seemingly be a much easier task than it would be for a person. But humans merely exist as projections of themselves in the Matrix. They can have different haircuts and physical traits. Why couldn’t Morpheus hide himself inside the Matrix with a different body? (His virtual “death” in the online game would explain exactly why this would be necessary.)

It’s also possible someone (or something) uploaded Morpheus’s mind to the Matrix via another body in The Matrix Resurrections. (That would explain the shot of him looking shocked in the trailer. Imagine waking up to an entirely different face.) Human minds are essentially organic computer programs in the virtual world.

The trailer itself might have shown exactly this happening. It shows machines caring for Neo’s old body, the one with the burnt-out eyes. Yet later we see a new Neo body—with eyes intact—breaking free of the machine world. There’s a lot we don’t know about how clones, like the previous iterations of Neo who served as “The One” before him, get made. But it appears possible to transfer human minds from one body to another inside The Matrix.

The question is not whether the Morpheus we once knew could return with a new body in The Matrix Resurrections. The franchise has given us a logical reason why he would need a new shell. Or why his mind could end up in a different body. The real question is whether or not that’s actually Morpheus in The Matrix 4 trailer.

Is It Morpheus or a Manipulating Mimic in the Resurrections trailer? 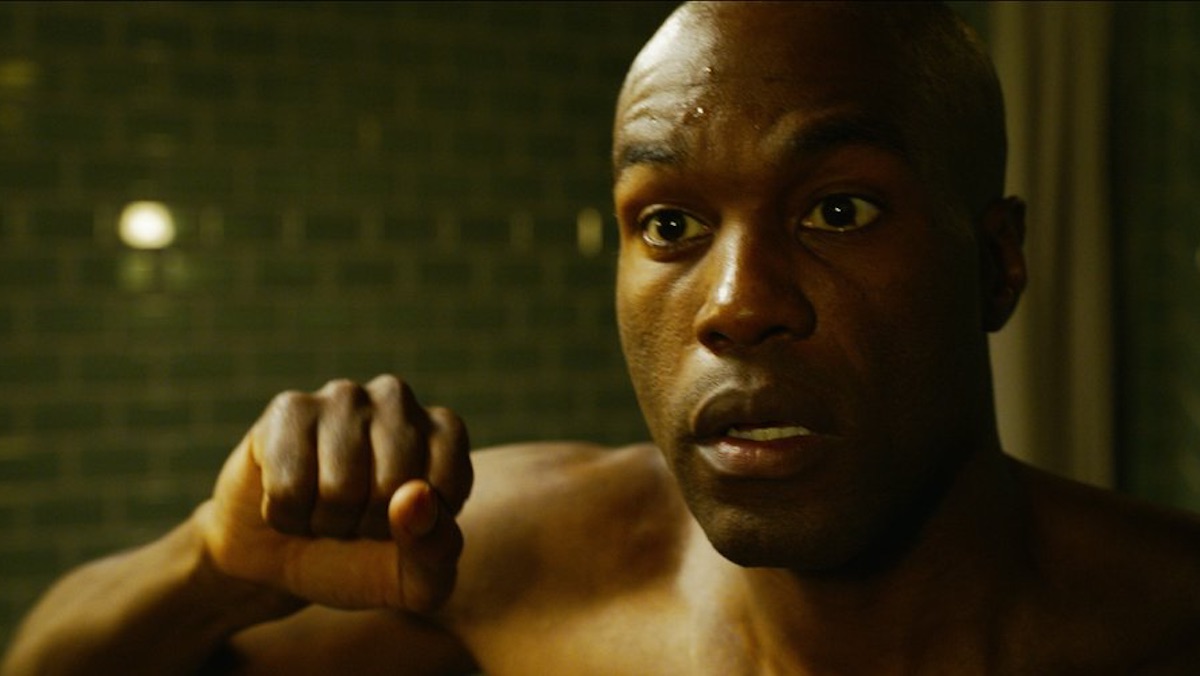 What if that’s not the same character in a different body? If that’s the case, who or what Yahya Abdul-Mateen II is really playing won’t be as important as who or what wants Neo to think he’s Morpheus. The film’s first trailer is full of callbacks to the original film. Signs and events Neo doesn’t remember, but all of them played important roles in freeing him from the Matrix long ago. Blue pills and red pills. White rabbits and Alice in Wonderland. Trinity and training exercises.

If you wanted to fool Neo into trusting you—to possibly do your bidding—appealing to those important memories lost deep in his mind would be a good way to manipulate him. Tasty breadcrumbs he instinctively knows once led to love. If you wanted to make sure Neo followed them, you’d want him to trust the person laying them down. And who would Neo trust more than Morpheus? He’s the person Neo followed down the rabbit hole before. Neo’s faith in Morpheus was absolute. A fact known by every machine and human who fought with and against both men before.

As of now, there’s no reason to believe Laurence Fishburne’s Morpheus will appear in The Matrix Resurrections. We don’t know if that’s because his Morpheus died and needed a new body. Or if it’s because the real Morpheus won’t appear at all.