Become Masters of the Universe in New LEGENDS OF GRAYSKULL RPG

Mattel and Fandom have the power—the power to make a brand-new tabletop roleplaying game set in Eternia! Your childhood dreams of becoming He-Man can finally come true when you pick up Legends of Grayskull: The Masters of the Universe Roleplaying Game in 2021. Based on Fandom’s Cortex Prime rule system, the TTRPG (tabletop roleplaying game) will also include a digital companion and toolset, a community content creation and sharing platform, and an organized play program.

Cam Banks designed the Cortex Prime rules system Legends of Grayskull uses. “Players boldly achieve feats of strength or cunning that impact the story by rolling different types of dice depending on level of expertise with specific traits. They can customize those traits, progress and learn new abilities by pursuing mastery paths, and track everything with digital support during play,” the game announcement describes.

Fandom is already an integral part of the TTRPG community thanks to D&D Beyond, a robust digital toolset for Dungeons & Dragons players. From a character creation system that makes rolling a new hero easier than ever to digital dice that roll and calculate your character’s totals for you, D&D Beyond proves Fandom’s commitment to TTRPG players. 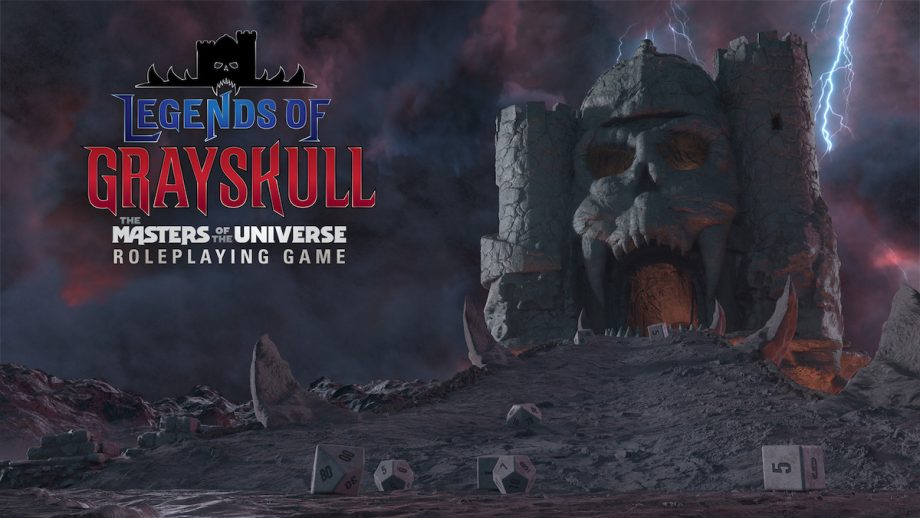 “In the Legends of Grayskull game, players can customize or create characters to overcome high-stakes challenges and find epic fun in this unique world where magic meets technology,” continues the game description. Honestly, they had us at Grayskull.

With a brand-new He-Man animated series with a star-studded cast in the works, a new comic book series, and reimagined versions of the 1980’s toys, it’s a fantastic time to be a Masters of the Universe fan. Keep an eye on the Legends of Grayskull website for more information about the game. You can sign up to be notified when public playtesting begins.