As the MCU dives into its multiverse with the upcoming What If… Disney+ show, Marvel also continues to expand its world in our timeline. Recently, Square Enix announced that Marvel’s Avengers Expansion: Black Panther – War for Wakanda will release on August 17. This free update will bring with it a new hero, the Black Panther, and other gameplay additions, including, of course, a new story.

To get fans excited, Marvel released an animated short that tells the story of T’Challa, the Black Panther, and his sister, Shuri.

In the trailer, narrated by Okoye, T’Challa’s fierce guard and close confidant, viewers meet “the children of T’Chaka.” Though the short touches on ideas important to gameplay, such as Klaw’s villainous ways and the tense nature of Wakanda’s relationship with the Avengers, it mostly introduces T’Challa and Shuri as characters.

This sibling relationship has been an important one across the Marvel Universe. While the MCU has shown the pair to be friends and allies, the comics tell a more contentious story. War for Wakanda‘s incarnation of the duo hints at both visions. Okoye reveals that T’Chaka’s death left T’Challa more withdrawn and haunted. Meanwhile, the brilliant Shuri is laughing and social in a crowd, positioning the characters as opposites. Okoye even pauses to wonder what Wakanda would be like if Shuri had taken the crown, while Shuri and T’Challa argue in the background. 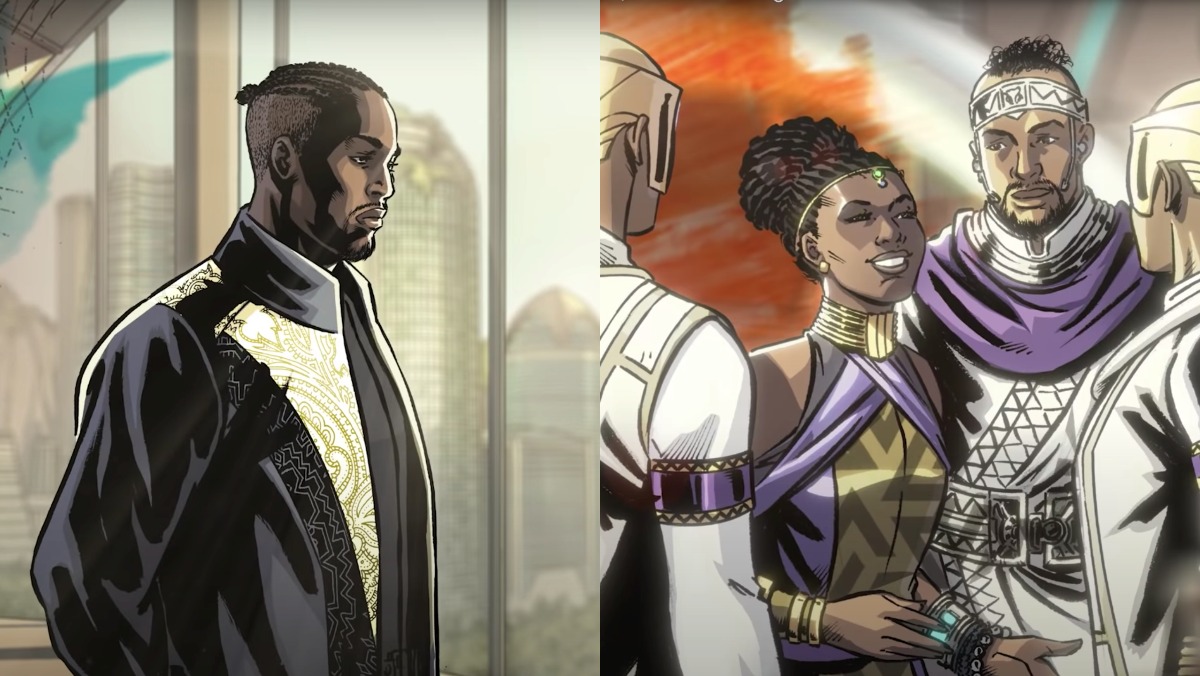 But ultimately, Okoye concludes, setting up a narrative arc for this expansion, “The children of T’Chaka will have to work together.”

Players excited for new content should tune into Marvel’s Avengers WAR TABLE for WAKANDA on August 16. This presentation will offer an even deeper dive into Wakanda, T’Challa, and everything else this expansion holds.