2018 marked the tenth anniversary of Marvel Studios’ first film Iron Man, the beginning of a remarkable string of financial and critical successes pretty much unparalleled in Hollywood history. This year’s Avengers: Endgame will bring about the end of the Marvel Cinematic Universe as we know it now, and as a way of celebrating ten astonishing years and twenty films, the folks at Bottleneck Gallery have released two stunning new posters from artistÂ John Guydo, which showcase almost all of the major heroes and villains from the first three phases of the MCU. 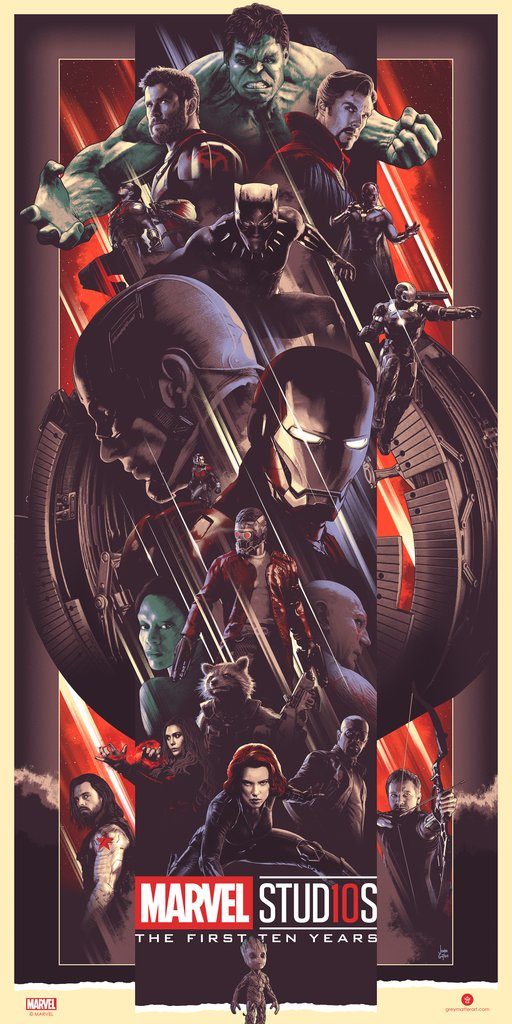 There are two different screen prints, one showcasing the heroes, and the other the villains.Â Both prints measure 18Ã—36 inches, and are officially licensed by Marvel Studios. Each one will set you back $50 each, or you can get the pair at the price of $95. Both prints are titledÂ The First Ten Years, and went on sale on January 8. The sale runs through Sunday, January 13 at 11:59pm ET. However many are sold during that window, thatâ€™s exactly how many will be printed. 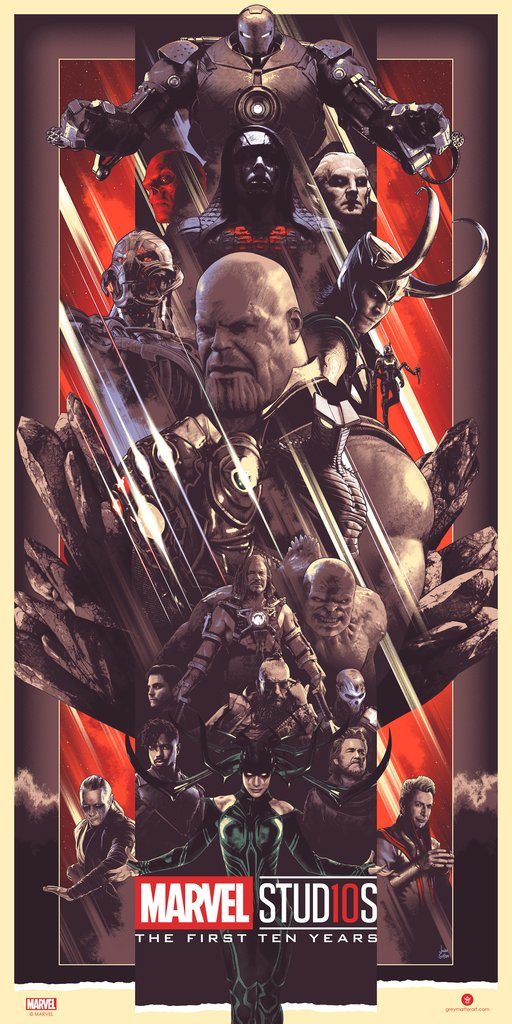 And just like the comics books these movies are based on, there will be variant editions made.Â The The First Ten YearsÂ variant prints, which you can see down below, will come at a price of $65 each, or $125 for the pair. And just like the regular editions, theyâ€™ll both be available as long as supplies last.Â So be sure to head on over toÂ Bottleneck Gallery’s siteÂ and get this pair of gorgeous posters and show off your love for all things Marvel. 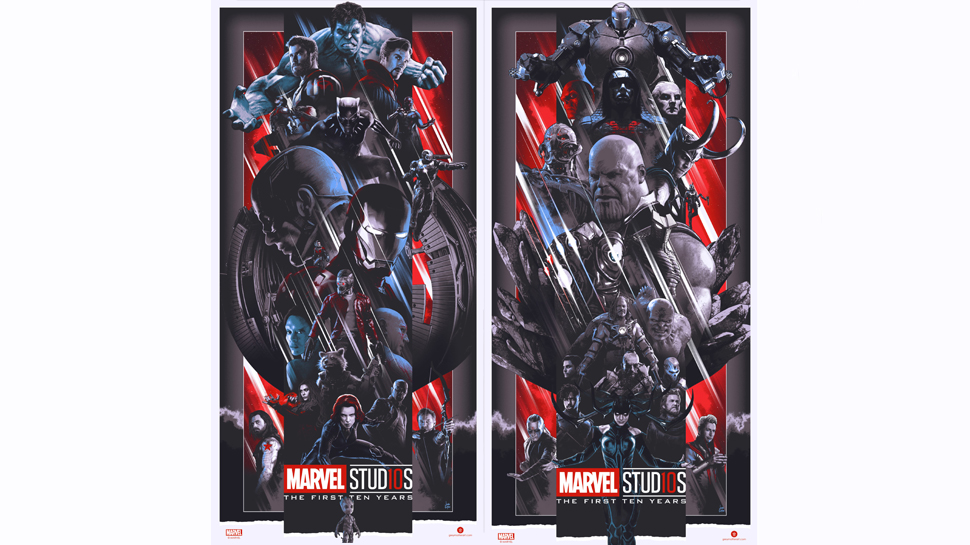