The X-Men are back with a brand new first issue. “But wait, wasn’t there an X-Men #1 j ust two years ago?” Well, yes. There was. But Jonathan Hickman’s 2019 refresh of the X-Men line was more of a relaunch of the entire mutant species, now residing in the living island of Krakoa. It didn’t really feature a proper superhero team called “the X-Men,” who fight to protect a humanity who hates and fears them.

But coming on July 7, that proper mutant superhero team is back, debuting in a brand-new X-Men #1. Written by Gerry Duggan with art by Pepe Larraz, the fans got to vote on which mutants made the cut. And now, we’ve got a trailer for this latest first issue for Marvel Comics’ stalwart mutant defenders. You can watch the full trailer right here.

Leading the team are two of the original X-Men, Cyclops and Marvel Girl a.k.a. Jean Grey. Rogue was also voted on the team, as was Wolverine. But not Logan—we’re talking about the Laura Kinney Wolverine, formerly known as X-23. Generation X member Synch finally made the big leagues. And two returning X-Men from back in the day are in—Polaris and Sunfire. This is maybe the most eclectic line-up ever for the X-Men. 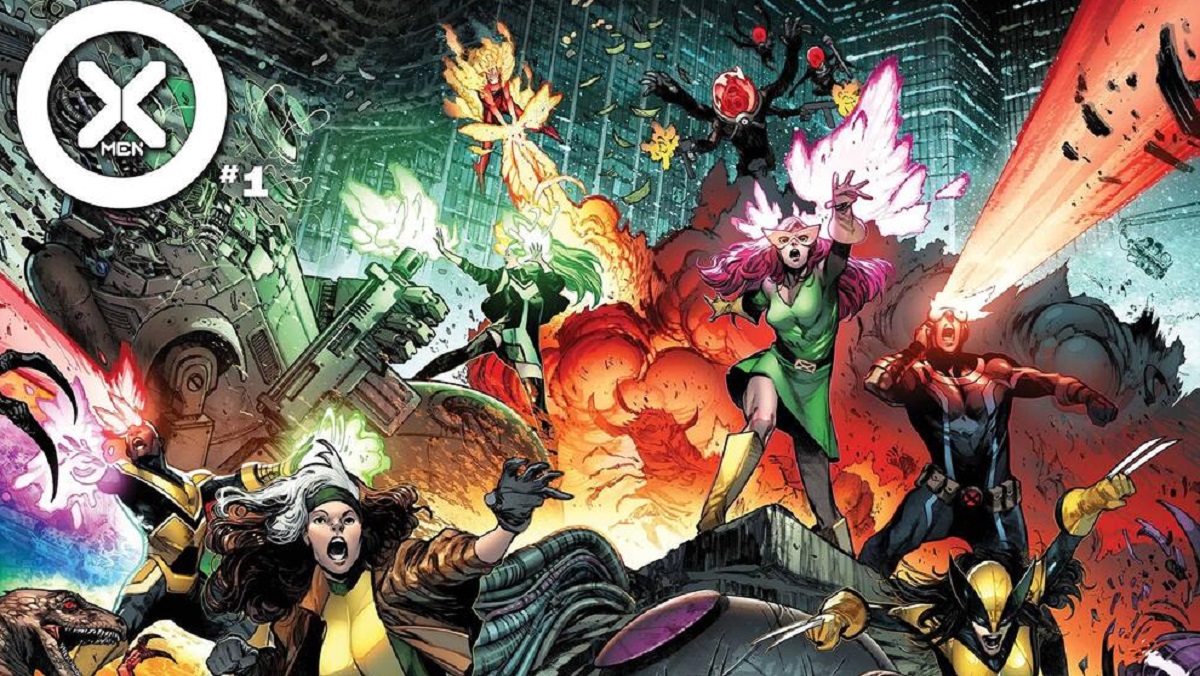 The new team became official in the current X-Men series’ issue #21, in the midst of the mutant nation’s epic Hellfire Gala. The fancy ball on Krakoa hosted all the world’s mutants. But also on the guest list were superheroes like the Avengers, the Fantastic Four, Doctor Strange, and more. Even Doctor Doom showed up.

.@marcmaron got an invite to the X-Men’s Hellfire Gala. #jealous pic.twitter.com/SpwDYfFfQE

But maybe the oddest guests were the real-life celebrities. George R.R. Martin was there, chatting up Kate Pryde. Comedians Patton Oswalt and Marc Maron were also in attendance. Hopefully, Maron convinced Professor X to telepathically changed the minds of the folks at Neflix who canceled his series GLOW.

Kevin Feige makes his first Marvel Comics appearance in today’s X-Men 21 as a guest to the Hellfire Gala. pic.twitter.com/VyoxtSq0xv

The biggest real-world celeb to show up? None other than Kevin Feige, Marvel Studios president. He asks Cyclops “what’s your story?” We just hope this is the impetus for his big-screen X-Men having one foot in the era of the current comic. Is this a hint that the Krakoan X-Men will be used for the MCU? Here’s hoping.