Glow‘s third season ended with Debbie offering Ruth an “off ramp” from the life of a frustrated actress and a “catapult to the future” as a director. Ruth has much better instincts behind the camera than in front of it, and after failing to even get cast in a movie where the director is in love with her, it seemed like a life-changing offer she couldn’t possibly refuse. Then she turned it down, in a heartbreaking moment that perfectly encapsulated the season’s overarching theme of disappointment – and how “success” doesn’t always mean what we hope it will.

The new season marked the first time the fictional show-within-a-show was truly a hit. The Gorgeous Ladies of Wrestling were headlining at a Las Vegas casino to consistently sold-out performances. It did so well it was extended for a full-year run. They had traded in their dingy motel rooms and the ever-present fear of cancellation for swanky suites and security, and they were all making more money than before. Yet everyone was miserable, because a paycheck can’t buy you out of feeling like a failure. 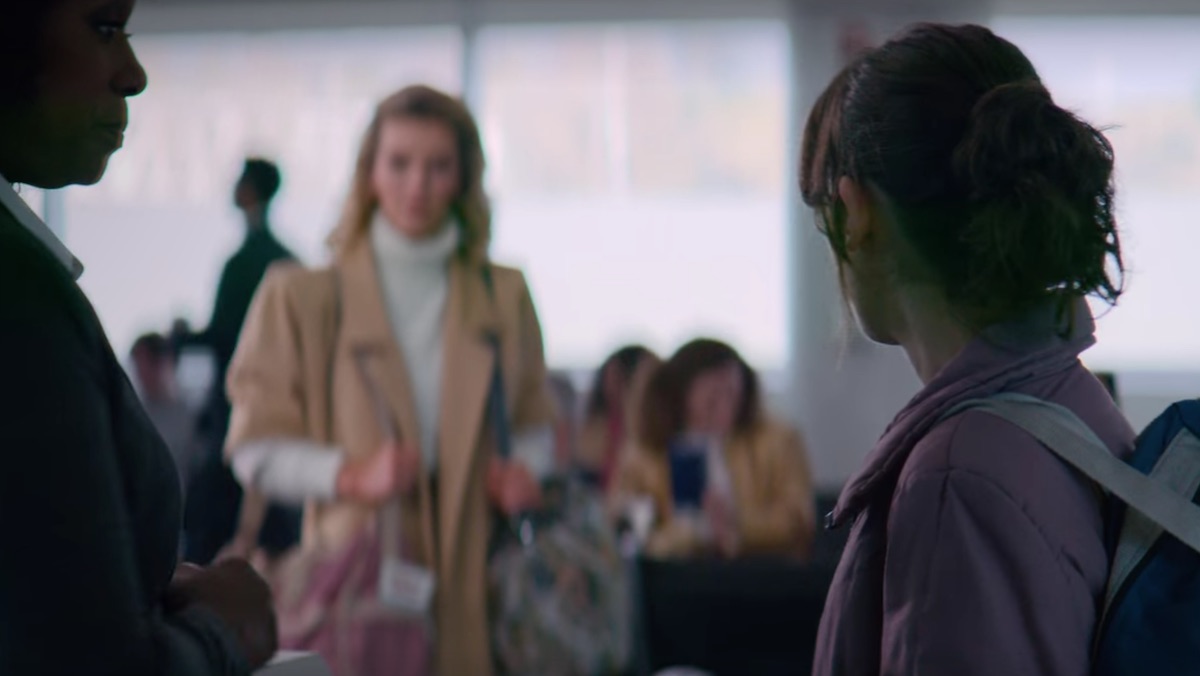 Cherry developed a gambling addiction as a way to deal with the depression of being separated from her husband. They were driven apart over her fears of what having a baby would mean for her body and therefore her career. Debbie was also struggling to find a balance between her professional and personal life. She wanted to advance as a producer while still trying to be a good mom, which required a superhuman effort. She was also frustrated in her “role” as the charismatic girlfriend to the otherwise decent J.J.

Meanwhile Carmen liked her job and coworkers, but felt like she was in a rut without any chance to advance her professional wrestling career. Ruth experienced that same monotony of being trapped by the repetitive nature of her work, expertly shown in that months long montage at the makeup table. From Rhonda being desperate over her marriage, a closeted Bash fearful of not living up to his mom’s expectations, Arthie denying her own sexuality, Tammé fighting through severe back problems so she could keep working, Jenny feeling like she was betraying her family by promoting a gross stereotype of Asians, and drag performer Bobby Barnes desperate for a bigger stage, all of these characters felt like disappointments in their own way. And it was keeping them from being happy. 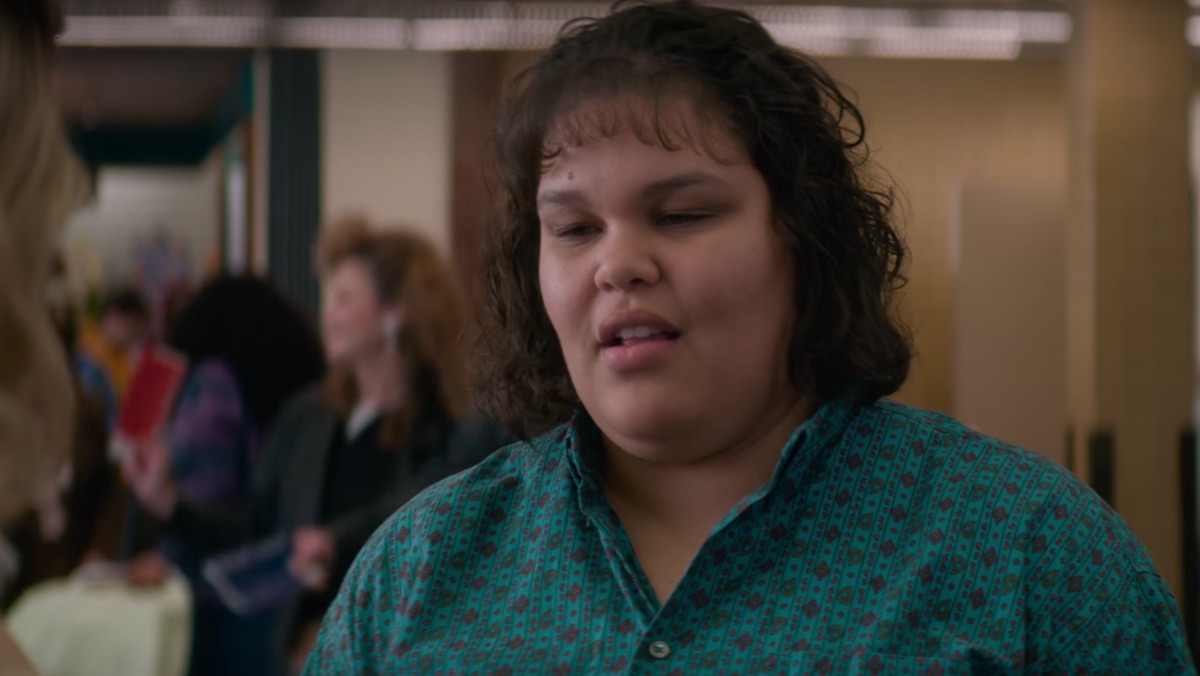 If you had told them at the end of season one that the fictional Glow would be a hit on the Vegas strip, they would have been elated. But the reality of that dream was very different. A good job doesn’t always challenge you, just like a decent paycheck doesn’t always guarantee you go to sleep happy every night. And not being able to accept who you really are makes everything else inconsequential. If Glow wasn’t as funny, charming, and enjoyable as it is much of the time, it would have been a very depressing season. Instead, it was moving and powerful because the feeling of life not quite living up to your own hopes is all too real. And all of that culminated with that final scene at the airport.

Debbie destroyed her relationship with J.J. in an attempt to advance her career and make things better for everyone else, by getting Bash to buy a TV network. But like a mom who is sure she knows what’s best for her kids, it just made Ruth feel like even more of a failure.

“If being an actor was gonna happen for you, it would’ve happened by now,” a blunt Debbie told her. “How many times are you gonna break your own heart? You don’t have to stay in Vegas. You don’t have to keep auditioning for people who don’t want you.” She’s right. It hurts how right she is. We can see that Ruth has real skill as a director and creative mind, but she’s not a great actor. It’s why she’s so good as Zoya: she’s playing a larger-than-life stereotype that doesn’t require nuance, but that doesn’t translate to the type of acting she wants to do. Ruth has dedicated her life to the craft with nothing to show for it, except jealousy and the same wrestling match she does night after night. If all of that work wasn’t bad enough, she was overshadowed on stage immediately by the naturally talented Sheila the instant that Sheila stopped pretending to be a wolf and accepted who she really was. Debbie can see all of this and she can see what Ruth is good at – because as Ruth pointed out, no one knows her better than Debbie does.

But Debbie being so painfully right wasn’t the only thing that made the moment so devastating. Ruth was right, too. “I don’t want what you want,” she told Debbie. “I don’t want an off ramp. I never even got on the road.” Ruth has a dream, and Debbie wants her to kill it before she ever got a taste of what it might be like to live it. Security, money, success – who doesn’t want these things? But how many people want them if it means giving up doing the thing that makes you happy? 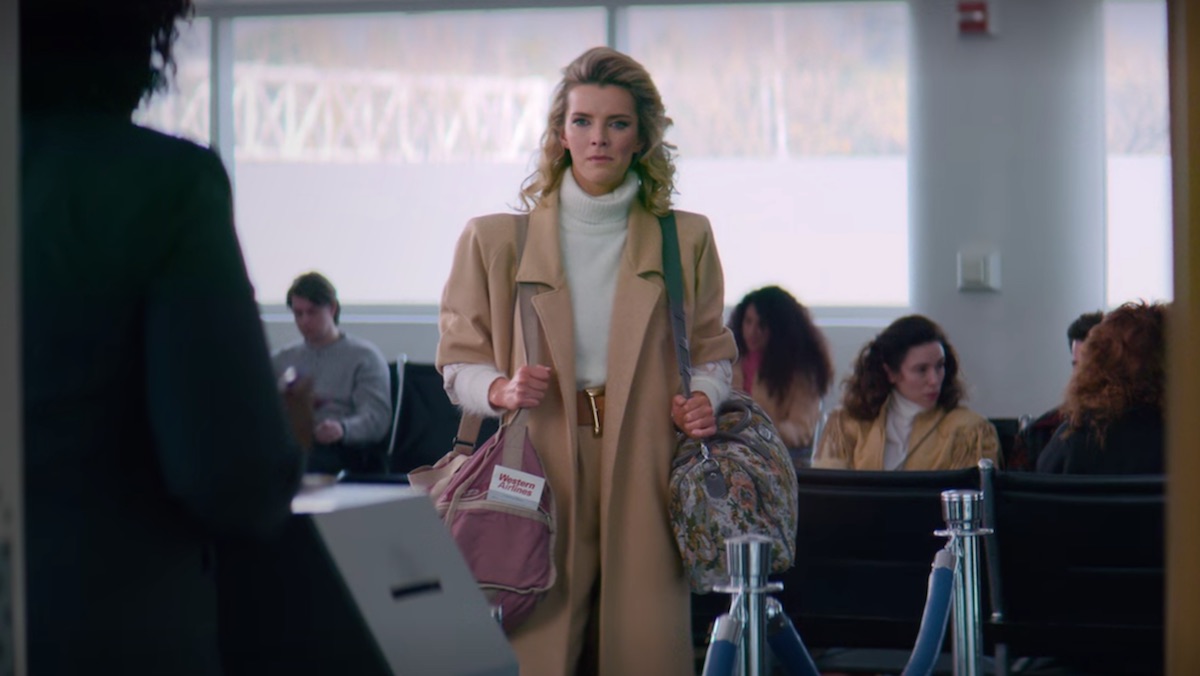 For a show set in 1986, it’s a question that’s far too timely. More and more employees in today’s “gig economy” are freelance workers, having to forego security and benefits to do what they love. Others, who grew up dreaming of being teachers, keep discovering that they can’t afford to live a decent life if they stay in education. The world many of us grew up in, with all the promises it made, is gone. And to make it worse, older generations are telling us we’re lazy – as we work multiple jobs and turn our cars into taxis – for not having better jobs.

Many viewers watching the show’s season three finale face the same decision Ruth had to make at the airport: try to follow your dreams and feel like a failure, or take an off ramp to a road marked “success” that leads some place you don’t want to go. But there’s no definitive answer for which path to take. Ultimately, it all comes down to choosing what type of disappointment we are willing to accept to be the people we want to be.