There are many vibrant and varied characters in the DC Universe, though probably not many who’ve lived as many lives as J’onn J’onzz A.K.A. the Martian Manhunter. Since his first appearance in Detective Comics #225 over 60 years ago, J’onzz has been a major player in the vast and sprawling world of DC, but many fans have yet to enjoy one of his definitive comics runs. All that looks to change with Steve Orlando and Riley Rossmo’s brilliant new 12-issue limited series, Martian Manhunter. To celebrate the release, the pair curated a reading list of the best Martian Manhunter comics just for you!

“I tried to take on this list from a more visual angle because when I started this project me and Steve talked about it a lot. At first I didn’t really think I knew a lot about Martian Manhunter and then when I went and looked at my bookshelf… I actually have a lot of Martian Manhunter comics!” 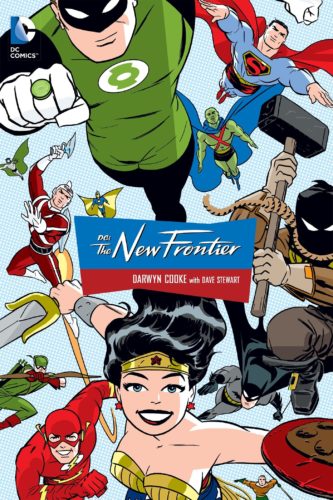 “This is the warmest Martian Manhunter comic for me, the one that gives me a cozy, cuddly feeling about J’onzz. Darwyn Cooke’s depiction of him is very interesting to me. Most people’s versions are this green humanoid, while his Martian design is really otherworldly and rocky, and his head shape is really interesting. So that’s probably the most important one for me.” 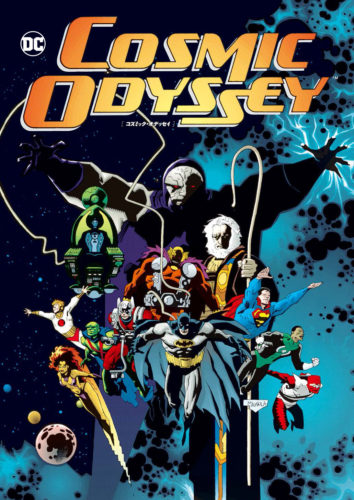 “Another one I love is Mike Mignola and Jim Starlin’s depiction of him in Cosmic Odyssey. Mignola does something special, making his brow so long; it really spoke to me. And there’s this interaction between J’onn and Green Lantern when they’re on their own which was really illuminating for me.” 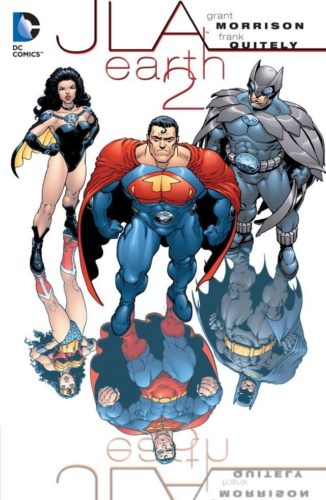 “Grant Morrison and Frank Quitely’sÂ JLA really reminds you how badass J’onn can be. Like when you think of Martian Manhunter, you think that he’s really stoic and levelheaded, but he can be a real badass too.” 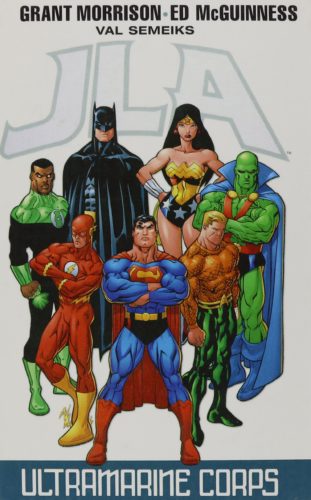 “There’s a page where he’s all melty and he’s reforming. That’s really cool, and it just reminds you that his physiology isn’t human and he chooses to be human. You know, he can be anything, and that’s really freeing as an artist. It reminds me that on Mars we can do anything.”

“Each of these comics addresses an aspect of why I think J’onn J’onzz is such a great character. We did take something from all of the Martian Manhunter series, so what you’ll see is that I’ve recommended all of them! So go out and read them because there aren’t that many!” 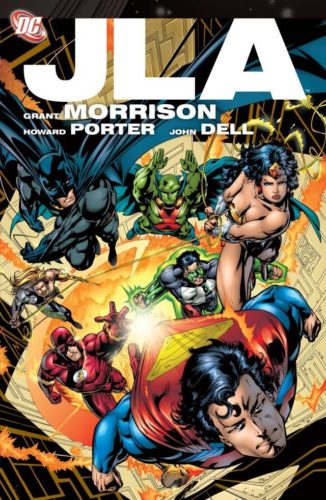 “Out of the gate, some of the most iconic J’onn J’onzz moments about his unwavering heroism and dedication to his friends and to the planet are in there. Moments like him facing down Asmodel like Gandalf. It was one of the first modern books that I didn’t buy at a flea market that I met Martian Manhunter in, and I feel like it’s very telling about who he is, even if he’s part of a seven-person team.” 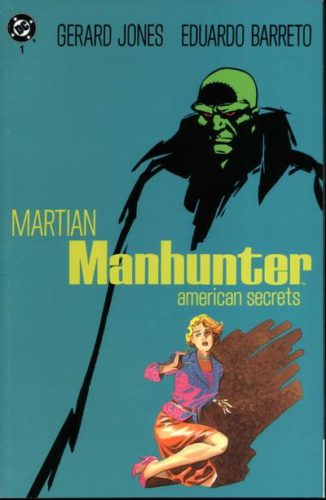 “I picked this one because I thinkâ€”aside from what we’re doing, if I may say so myselfâ€”it’s one of the best takes on him from an Americana and noir lens. It’s got gorgeous Eduardo Barreto art and I think for the detective aspect of J’onn it’s just a great take.” 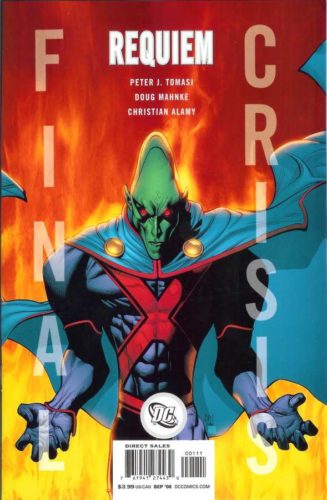 “Talking about the character who we always say is ‘one of the most human in the DC Universe,’ this was a book that’s reverent of his history. It was written by Peter Tomasi, who was the editor of the 1990s Martian Manhunter stuff. It has beautiful art by Doug Mahnke. But beyond that, this really shows his impact. This shows how this one person, his compassion and his story, can make a difference. So even in death it’s a really moving J’onn J’onzz story.” 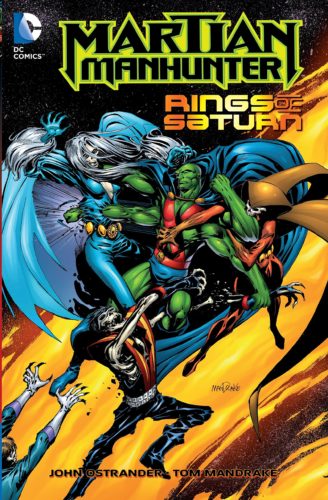 “I really wanted to recommend the entire Ostrander and Mandrake series, but they’re not all collected and I’m keeping these to things people can buy on Amazon. This run is the closest to what Riley and I have tried to do. Ostrander I think in many cases is an uncredited genius of the ’80s and ’90s. Creating a living culture in this dense anthropological sense is something I definitely took from that series.” 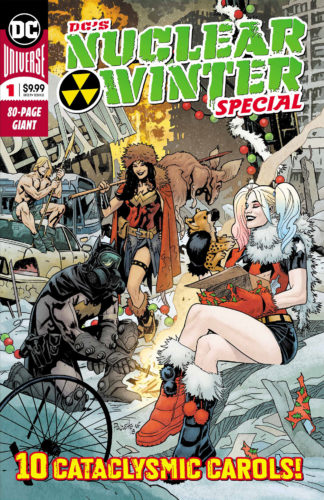 “I’m recommending this because I’m vain, but also because it’s the first look at things about Martian culture that Riley and I created. The Nuclear Winter Special is about celebrating a Martian holiday that will appear in our book as well, so if you want a little tease of what’s coming in our series you’ll get it in here.”

Martian Manhunter: Others Among Us 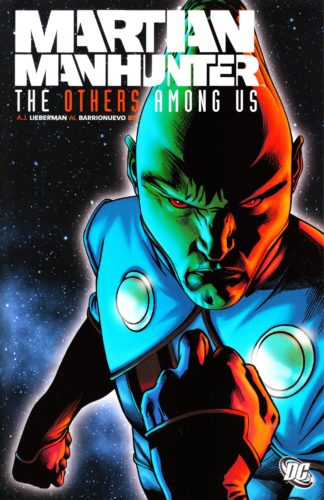 “Others Among Us is the A.J. Lieberman and Al Barrionuevo Martian Manhunter series. This was also a big influence, the idea of a shared telepathic culture was really put forward in this series with the concept of the Kuru pendant. We’ve translated that into something slightly different in our Martian Manhunter, but that sort of idea of a physical artifact that is a telepathic artifact is taken from that run.” 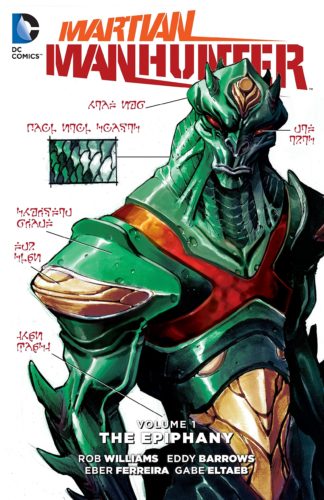 “I loved this series, and again it’s not a direct narrative antecedent into our book, but it’s a spiritual antecedent into our book because it’s truly mad and it’s wild science fiction in a way that’s every bit as creative as our book but totally, totally different. I think it’s beautiful and I think it’s wonderful.”Make sure you check out our gallery below for a look at Orlando and Rossmo’s Martian Manhunter, which is out on Wednesday, December 5! 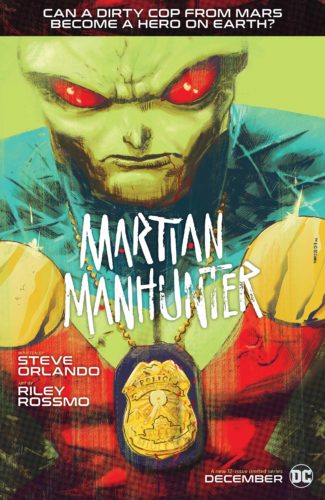 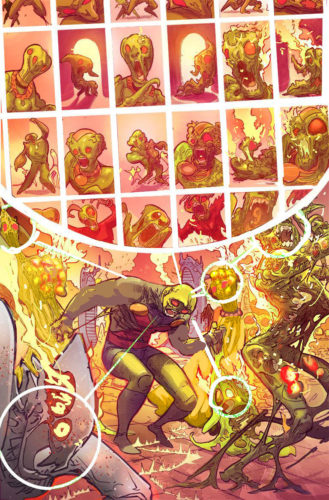 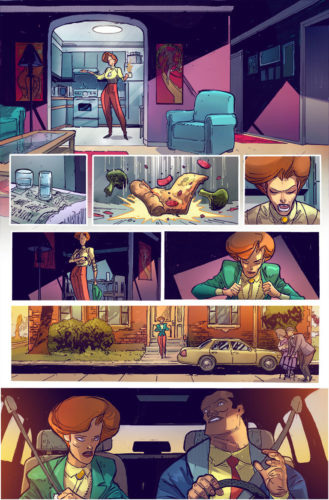 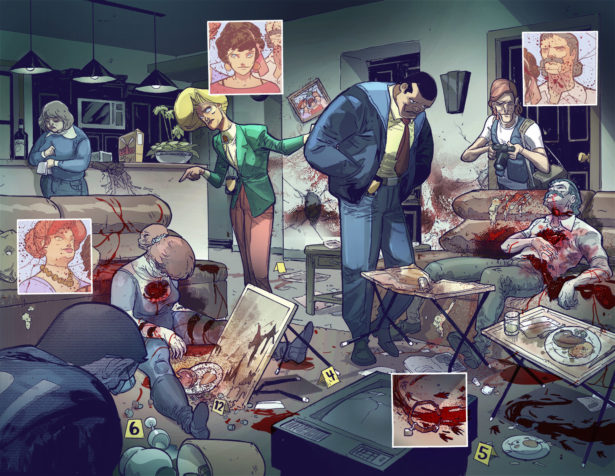 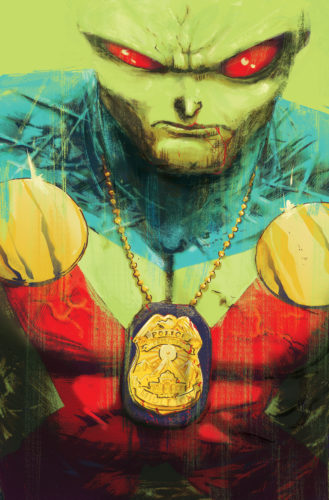 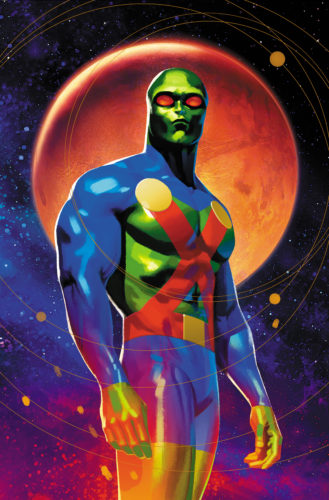 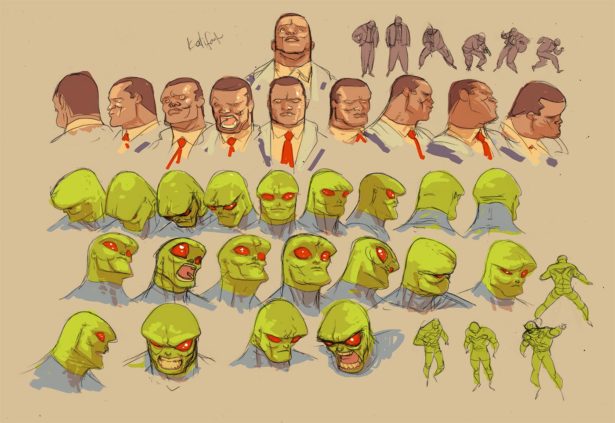