Lovers of gadgets and history rejoice, because self-described geek, tech head, and internet personality Marques Brownlee, a.k.a. MKBHD, is launching a new YouTube series that features him and a bunch of familiar names checking out iconic tech from the past. Below is a fresh glimpse of the show, dubbed Retro Tech, although you should be warned: Watching this trailer may impel you to lock yourself in a room and fiend out on an original Game Boy for a few hours.

The show, which will stream for free starting on December 2, is a spinoff of Brownlee’s popular Dope Tech series. In Dope Tech, Brownlee checks out a new piece of bleeding-edge technology in each episode, giving an in-depth analysis of everything from camera robots to self-lacing shoes. For Retro Tech, Brownlee is running it back to take a look at “the greatest vintage tech products that defined pop culture and changed the world as we know it.” (We can only assume there will be a three-part special on the Zune.)

In the series, Brownlee invites other popular personalities like Bill Nye, Karlie Kloss, Casey Neistat, and iJustine, as he unboxes, reviews, and gets the historical background on gadgets like the Macintosh, SEGA Genesis, and the first-ever cell phone. He also sometimes lights the gadgets on fire with a flamethrower, as he did in a preview episode that took a look at the Nintendo Game Boy.

Alright, so it’s been 30 years since the original Game Boy came out… and I’d never actually used one. Until now. Brace yourselves for Retro Tech, my new YouTube Original special that explores a piece of classic tech. Coming April 19th! pic.twitter.com/wQMGJ1P1h6

What seems most exciting about the series is the fact that it gives a sense of how far technology has come in such a short period of time. Brownlee, who’s only 25, is flabbergasted in the trailer when Bill Nye discusses a memory measured in kilobytes, something obviously unbelievable to a younger-side Millennial who’s far more familiar with gigs and terabytes. Speaking of which, Brownlee is so young he’s never even seen some of the tech in person before. That makes us feel very, very old. And by the way, if you have interacted with a gadget that Brownlee hasn’t, prepare to feel old. 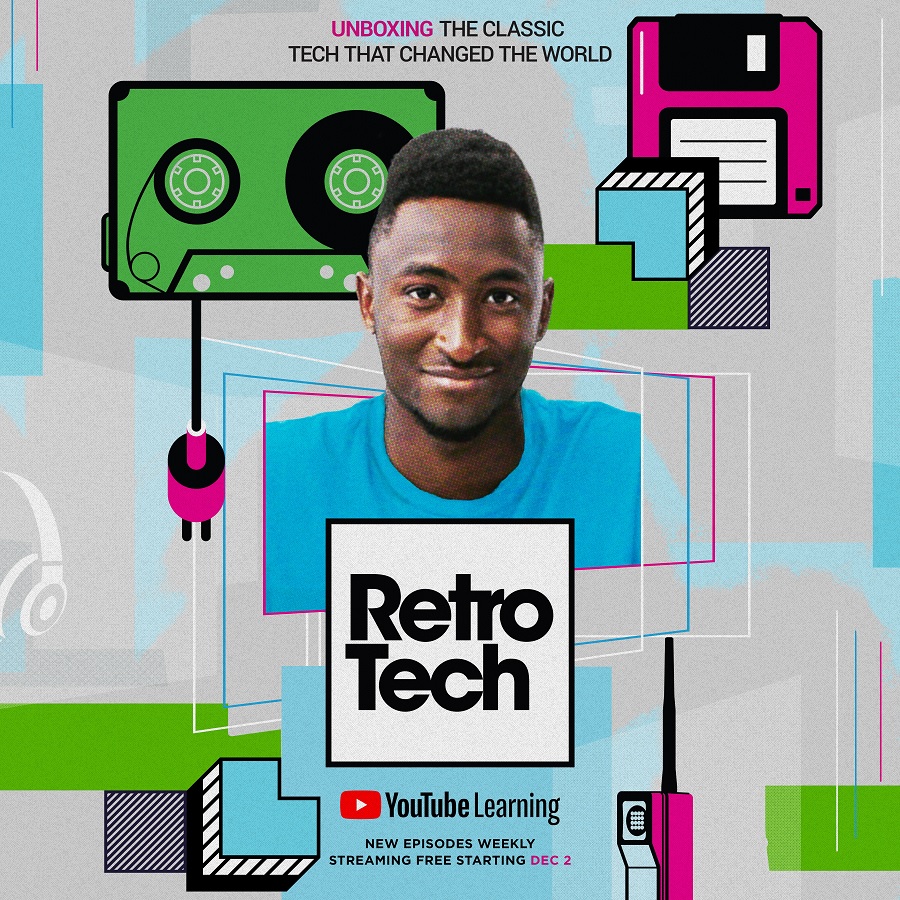 There are going to be weekly episodes of Brownlee’s show. So if it sounds enticing, prepare yourself for a potent hit of nostalgia on the reg. Or, you know, feeling like you’re way older than you normally would ’cause MKBHD never used a Game Boy before this show?! We know Brownlee is a professional ultimate frisbee player, but he’s still going to need to learn all about developing good thumb strength.

What do you think of this Retro Tech series trailer? Is there any particular piece of vintage gadgetry you’re hoping Brownlee will cover in the show? Bust out with your fresh opinions on all of this old-school coolness in the comments!