1989 was a good year for classic gaming fans, in part because of the debut of the original Game Boy from Nintendo. 1989 was also the year that Nike released the Air Jordan IV sneakers. Now Freaker Sneaks is bringing the Game Boy and Air Jordans together for a limited run of custom sneakers, but casual sneaker enthusiasts may want to take breath before picking up these beauties. Because they cost roughly 15 times the price of a Game Boy in ’89.Via Kotaku, Freaker Sneaks’ Air Jordan IV Game Boy sneakers definitely press the nostalgia buttons. And we mean that literally, since the D-pad and dual buttons on the back of the shoes are actually “pressable.” 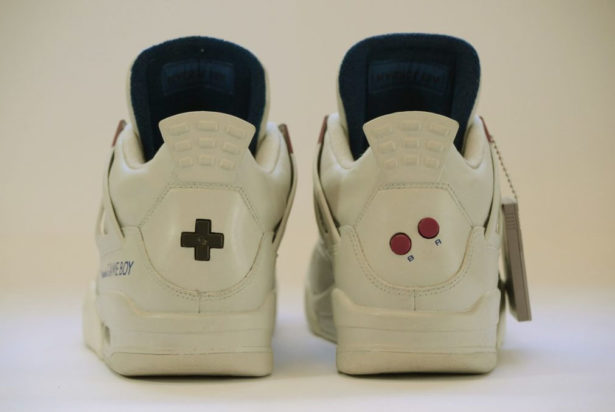 The shoes also eschew flashy colors in favor of maintaining the limitedÂ palette of the Game Boy itself. Whites and greys are the predominant colors used here, with little splashes of red, blue, and black in strategic areas. These customs also pay tribute to Super Mario Land, one of the first breakout titles for the Game Boy. The right shoe features a recreation of the Super Mario Land box cover art, while the left shoe has a screen shot from World 1-1, complete in green-tinted black and white. 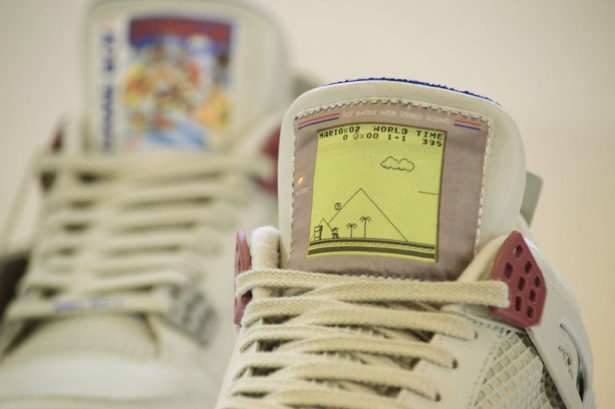 In theory, sneaker aficionados could proudly wear these kickass shoes. But considering the price tag isÂ $1,350 a pair, these limited editions will probably adorn the shelves of collectors. Remember, the original Game Boy was only $89.99 upon its initial release. For $1,350, we should have at least been able to play Super Mario Land with these sneakers. 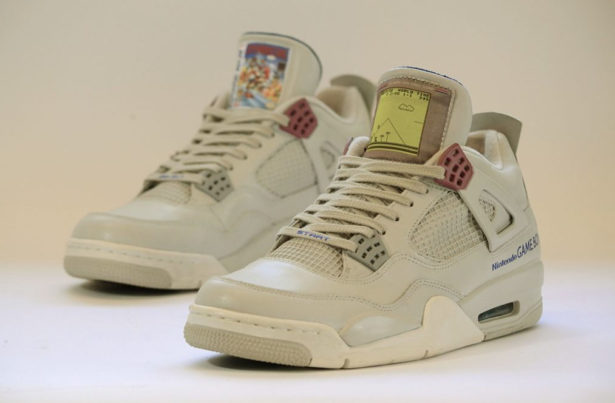 It may already be too late to add these to your collection. Freaker Sneaks only made ten pairs of these custom shoes, and it’s currently listed as “out of stock” on their official site. However, we can still appreciate them from afar, as a unique tribute to one of the all-time great portable game consoles.What do you think about these Game Boy themed Air Jordans? Let us know in the comment section below!