It’s an understatement to say nineties kids were obsessed with Saved By the Bell. The show was a genuine cultural phenomenon. It didn’t matter if you had seen the same episode twenty times before (which we all had), you still watched every rerun. Every time. But one very famous nineties kid wasn’t a faithful viewer. Turns out Bayside’s coolest student, Zack Morris, wasn’t a regular viewer of his own show. And Mark-Paul Gosselaar hasn’t seen a single episode since filming on the series ended. But all of that is about to change. He is launching a new Saved by the Bell season one re-watch podcast, Zack to the Future.

And he’s doing it with the man who has rightfully pointed out something that would have been sacrilegious to say in the ’90s—Zack Morris was trash.

I'm going back to Bayside! Sort of. Come with me and @dashiell as we go #ZacktotheFuture
Listen Free on Apple Podcasts: https://t.co/VS3CFhzCGE

Before he returns to play Governor Zack Morris on the Saved by the Bell reboot, Gosselaar will co-host his own show about the beloved kid’s series. He announced his new podcast (which we first learned about at Variety) on Twitter. Here’s the show’s official synopsis from Apple Podcasts:

“Mark-Paul Gosselaar (aka Zack Morris) has not watched an episode of Saved by the Bell since he walked off the set over 25 years ago. Partnered with Dashiell Driscoll – who is currently writing for the series reboot and who wrote the Funny or Die series “Zack Morris is Trash” – the duo revisits the show and recaps the most epic moments for the audience to relive the incredible series. So grab a burger and shake from The Max, get so excited for some special guests and don’t let the dog eat your homework, because Zack Morris is back.” 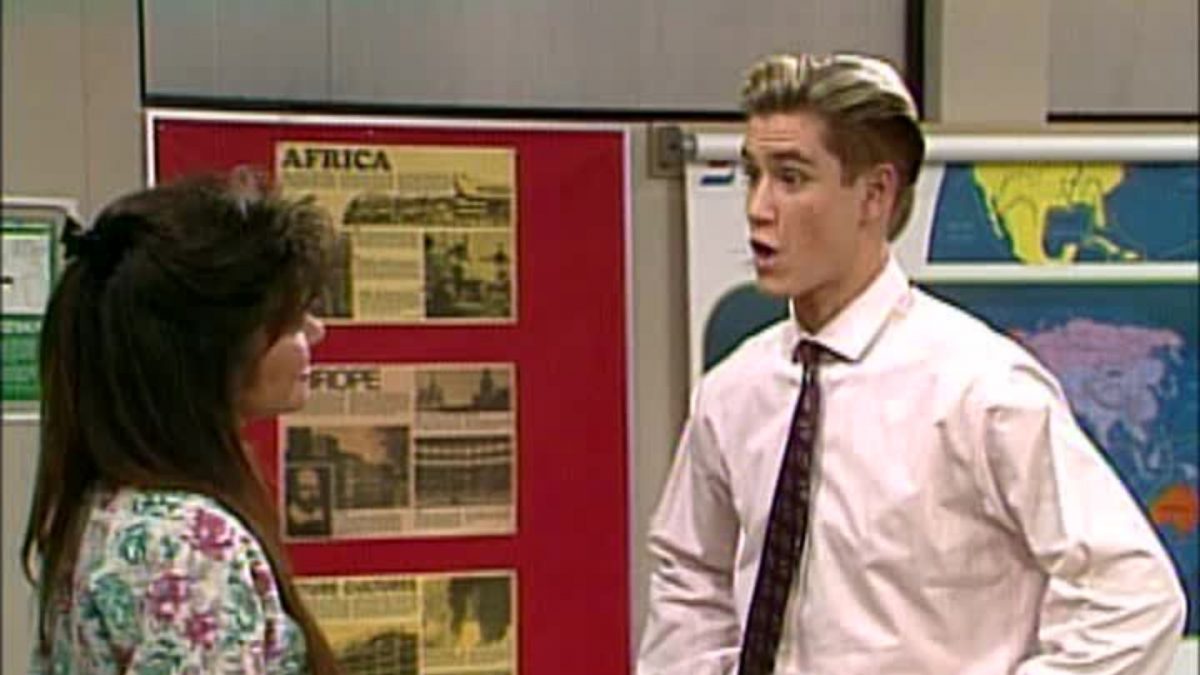 The nostalgia vibes of this podcast alone will likely have mass appeal to the show’s now grown-up audience. And the episodic breakdown format is perfect to relive each story we all know so well. But Gosselaar teaming up with Driscoll is why this has a chance to be a great listen.

With the Funny or Die series, Driscoll has accurately pointed out what a selfish turd Zack really was. It would be hard to re-live the character’s glory years without acknowledging he’s not the awesome cool guy we once thought he was.

Zack to the Future launches July 29, 2020, and will cover all sixteen episodes from season one of the series. The podcast will also include interviews and stories from the making of the show.

And obviously it will also include a whole lot of talk about how the coolest guy at Bayside was also a jerk. Not that Mark-Paul Gosselaar knows that. Yet.