Mamma mia! It’s been 35 years since the original Super Mario Bros. game came to stores. To celebrate that momentous occasion Nintendo is bringing some of our favorite little plumber’s most popular old games to the Switch. And we’re already preparing to once again spend way too many hours playing Super Mario 64.

Three Mario adventures in one collection jump on to #NintendoSwitch! With HD visuals, take Super Mario 64, Super Mario Sunshine, and Super Mario Galaxy on the go in #SuperMario3DAllStars. Arriving 9/18 as a limited release until the end of March 2021.https://t.co/zo0Y2TC80N pic.twitter.com/0c74C23f1j

Nintendo has announced that it’s throwing Mario one heck of a party this year by rereleasing classic titles for Switch. That will include the new Super Mario 3D All-Stars pack. It comes with crisp new versions of Super Mario 64, Super Mario Sunshine, and Super Mario Galaxy. Each game will have higher screen resolutions than the original versions. They are also “optimized for a smooth gameplay experience.”

The bundle will also have music from all three titles, 58 tracks total. You can listen to any of them in Music Player Mode. You can pre-order the pack now ($59.99 U.S. for a digital copy). It will be available on September 18. A limited edition retail version will only be sold until March 31, 2021. 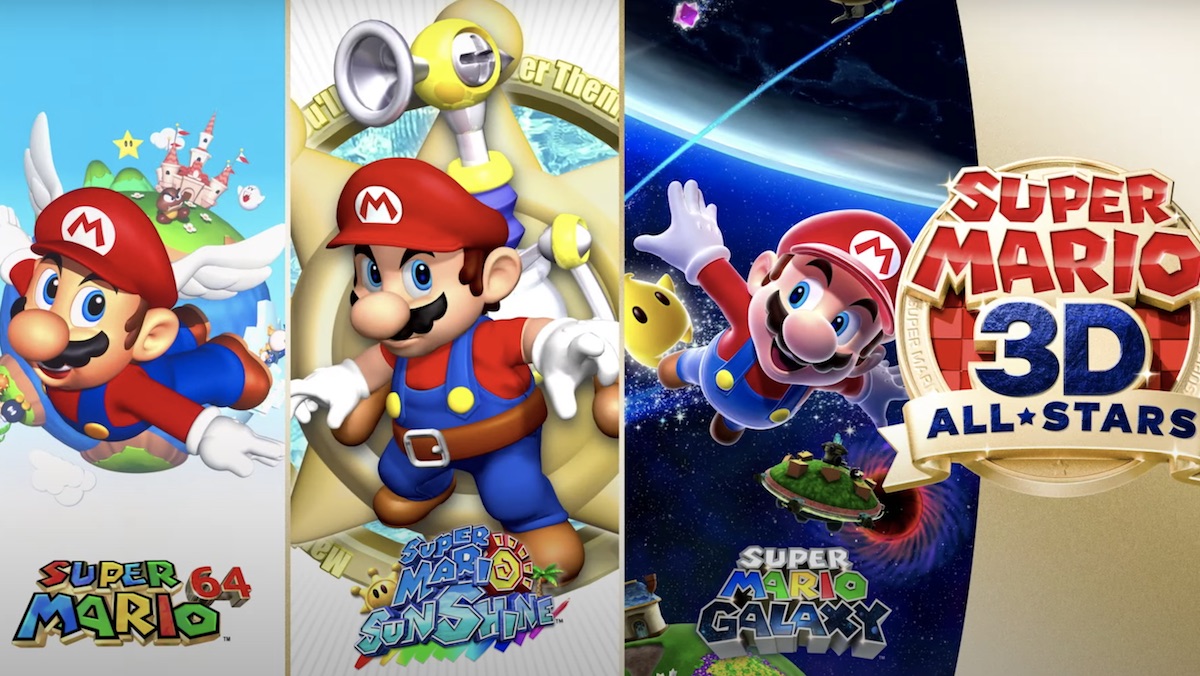 That’s not the only way Nintendo will be celebrating. An enhanced versions of Super Mario 3D World from the Wii U along with Bowser’s Fury will arrive on the Switch on February 12 ($59.99 for the two-game package).

Nintendo also announced it’s all new Mario Kart Live: Home Circuit. It combines the old with the new for a real-life gaming experience. You won’t have to worry about someone throwing a shell at your car, but players will get to play the game virtually while a real toy zooms around their room.

If Nintendo is going to keep rereleasing classic Super Mario Bros. games, we won’t even need any new ones for the next 35 years.