Paper Mario: The Origami King hits the Switch next week, on July 17. It looks like it will be a worthwhile Nintendo diversion. The publisher showed off some more live gameplay during a Nintendo Treehouse broadcast Friday morning. Origami King is a single-player RPG adventure featuring a puzzle-based combat system. The ring-oriented battles occur in two phases. The battles rely on the player’s timing, but don’t grant experience points the way, for instance, a Pokémon duel would.

“We are seeing Mario and Luigi enter Toad Town,” Nintendo’s Ethan Stockton narrates. “They’ve been invited here by Princess Peach, to join in on an origami festival, but something seems to be wrong. There’s not a whole lot of Toads to be seen.”

In the game’s playful narrative, the power-hungry King Olly occupies Peach’s castle. The Origami King corrupts the inhabitants of the Mushroom Kingdom, folding and bending them to his will. After being confronted by the newly “folded” Princess Peach, Mario falls through a trapdoor and into the castle’s dungeon. Down in the dark, he encounters a bitter, folded-up Bowser. Mario also meets a helpful new companion: King Olly’s sister, Olivia. 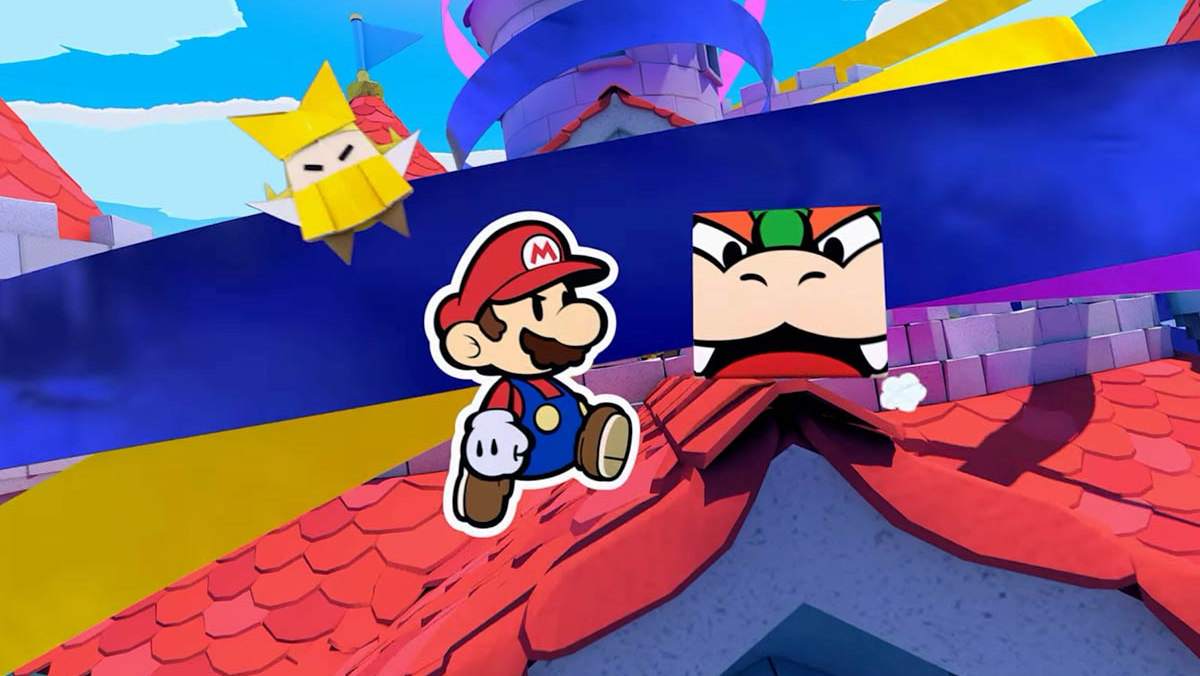 “Fans of [2004’s] Thousand-Year Door will be pleased to hear there’s a bit more emphasis on The Origami King’s story than previous Paper Mario games,” USgamer’s Nadia Oxford writes in her early impressions of the game. “I can’t say I won’t get tired of how solving each battle puzzle makes me feel like a clever girl. I also can’t say I won’t get tired of watching Toads pelt my enemies after I give them a good payday, but I doubt that’s going to be a problem. I can say there’s a lot of love and personality in The Origami King, and I can say it’s built on a unique battle system.”

Paper Mario: The Origami King is available for pre-order in the eShop for $59.99.