It was a long, long time ago, when the world was still awash with magic and fantasy—mid 2014, to be precise—and Angelina Jolie’s live-action Sleeping Beauty reimagining Maleficent hit theaters, earning mixed reviews but a gangbusters box office intake. This was well before the dawn of the era of live-action remakes of Disney animated classics; only Tim Burton’s Alice in Wonderland—another box office mega-hit—had predated Maleficent; it’d be another year before Kenneth Branagh’s considerably smaller (albeit more charming) affair Cinderella, and another after that before the remake surge kicked off properly with Jon Favreau’s The Jungle Book.

All this is to say that Maleficent‘s sequel, Maleficent: Mistress of Evil—which has just dropped its first trailer—will find life in a cinematic landscape quite different from that which bore its predecessor.

…in other words, a landscape where some (or much) of the novelty of the live-action Disney remake shtick has worn off. This year alone, audiences will have taken in Dumbo, Aladdin, and the yet forthcoming The Lion King (the latter bound to be the biggest hit of 2019’s Disney remakes), and one can’t help but wonder if Angelina Jolie’s second go as the sharp-cheeked not-so-evil-after-all queen might not earn quite the same fanfare as did the first. 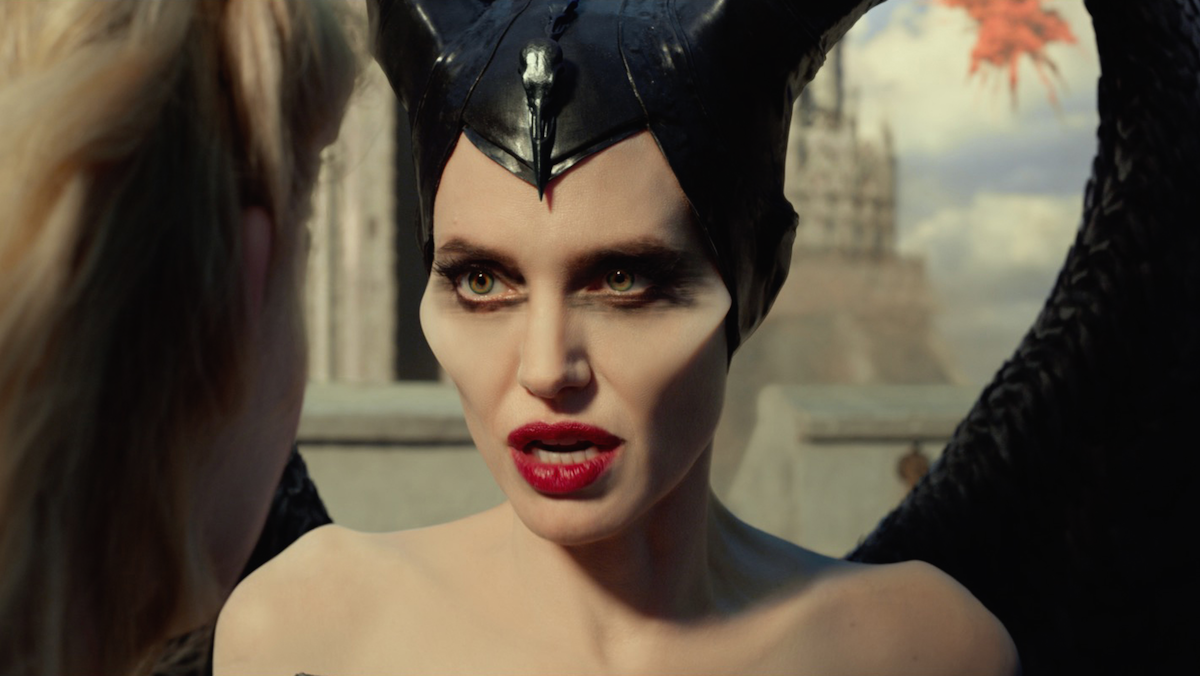 The saving grace of Maleficent, though, is that it distinguishes itself from the Aladdins, the The Jungle Books, and (ostensibly) the The Lion Kings by being a bona fide reimagining—practically an original story, as a matter of fact—rather than a stalwart remake. Jolie’s tale shifts the perspective of the original animated Sleeping Beauty to the eyes of the shapeshifting, princess-napping evil queen Maleficent, injecting her with an extra dose of empathy (and plenty of chutzpah). If the oft lamented remake fatigue is indeed afoot, an inventive ordeal such as Maleficent might be the best remedy shy of throwing the baby out with the bathwater.