I rarely get to play board games more than one or two times unless it is for work. The games I do go out of my way to play multiple times are the ones that are super satisfying and have themes or mechanics I really enjoy, so when I say I played the heck out of Dinosaur Island, you know that there is something really special about the game. To see me gush all over the base game, check out my overview of the game. In short, Dinosaur Island is a game of ponderous proportions with its 3 main boards and two player boards, multiple types of workers and dinosaurs to manage, and a bunch of different tracks to balance. Despite all that, Dinosaur Island is actually a mid-weight game. Its design breaks the game up into easily digestible bite sizes and keeps the game moving by limiting how many choices you have to make during each phase of play. 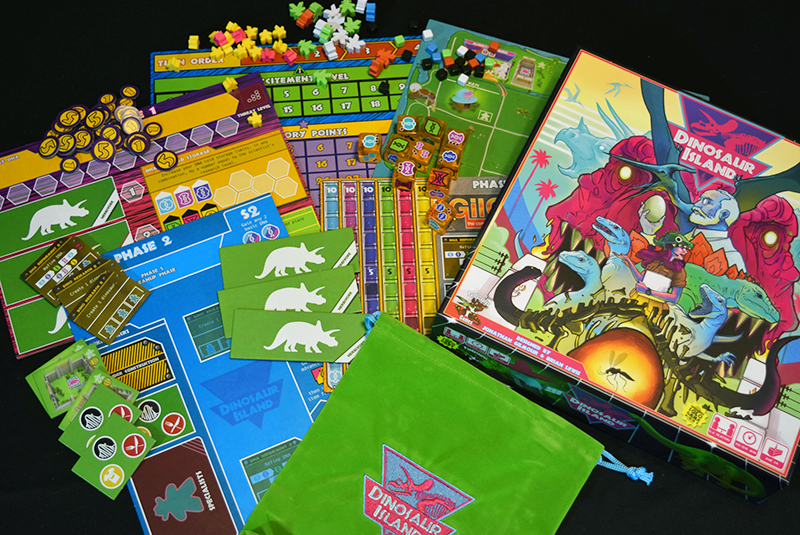 Polished to a brilliant neon glow, the 90’s style art highlights the exciting theme: Running your own dinosaur theme park. Dinosaur Island asks you to construct enclosures, fill them with hungry dinosaurs, and hire enough security that none of your park visitors gets devoured by the exhibits. I love all the bits, the mechanics, the flow of the game, and the art, so how could Pandasaurus Games improve on such a delightful game? With expansions! 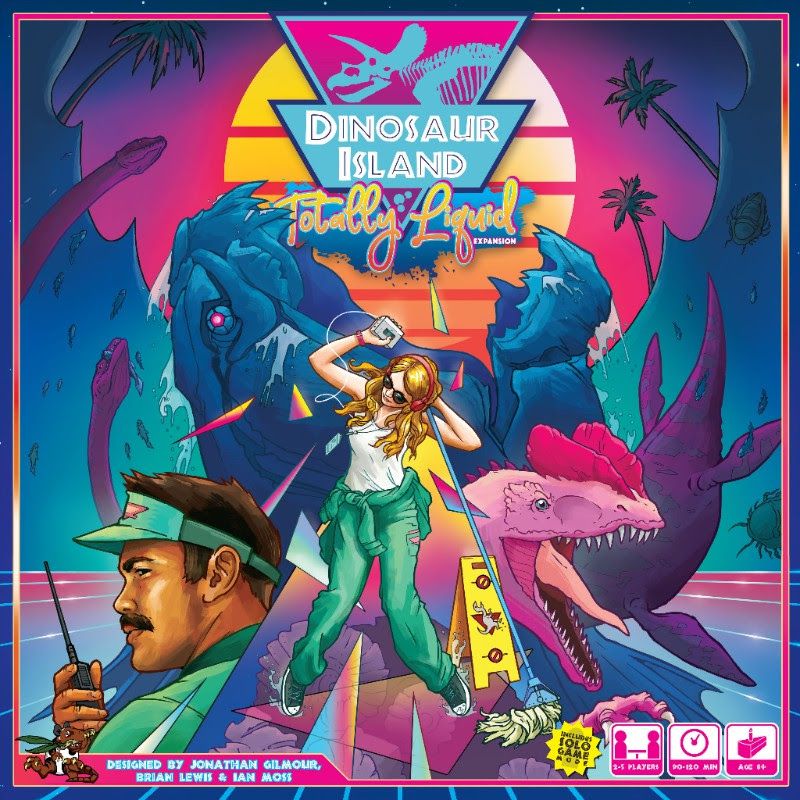 Pandasaurus successfully Kickstarted an awesome, new expansion for Dinosaur Island called Totally Liquid which adds aquatic dinos, new modules, room for a 5th player, and more! There’s a lot to explore in this expansion so let’s take a look. 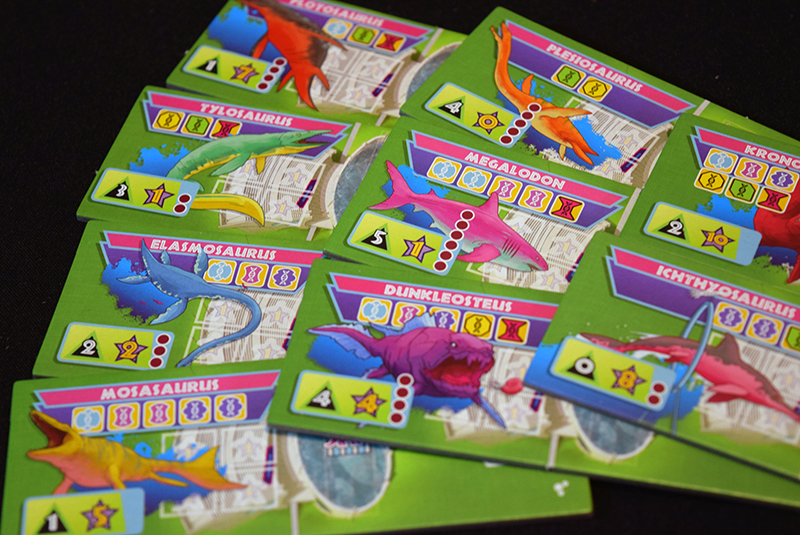 Arguably the main stars of this expansion, the marine creatures are a whole new set of dino recipes that are high in excitement and danger. They won’t get you many points on their own, but these are the dinos that will get people into your parks to see you other dinos and spend lots and lots of cash. 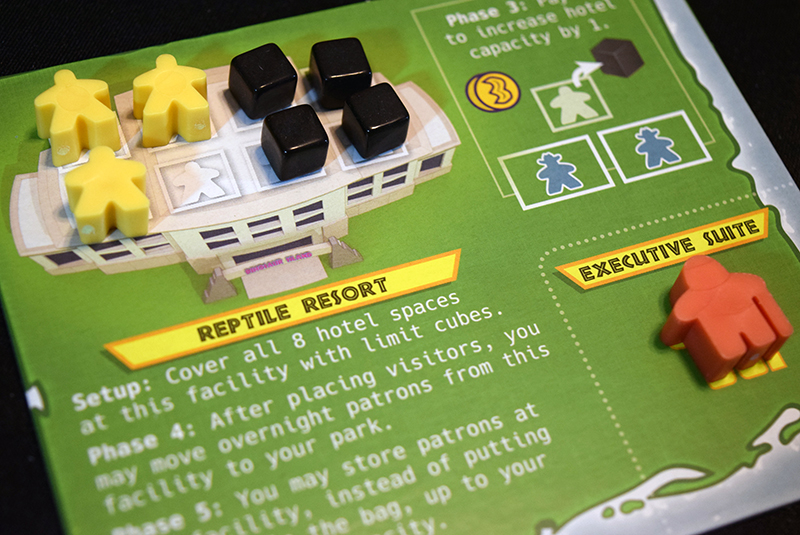 Executives and facilities give you variable player powers in the game. During set-up, each player will draft one facility and its executive (a pawn with special abilities based on their associated facility). I was particularly excited about these as they really change how you approach your strategy. For example, the Petting Zoo lets you create baby dinosaurs. They’re relatively cheap to make, so you can build up your overall number of dinosaurs fast. Another facility is the Reptile Resort which is a hotel that you can build up and use as storage for visitors that cannot be accommodated by your park on any particular turn. 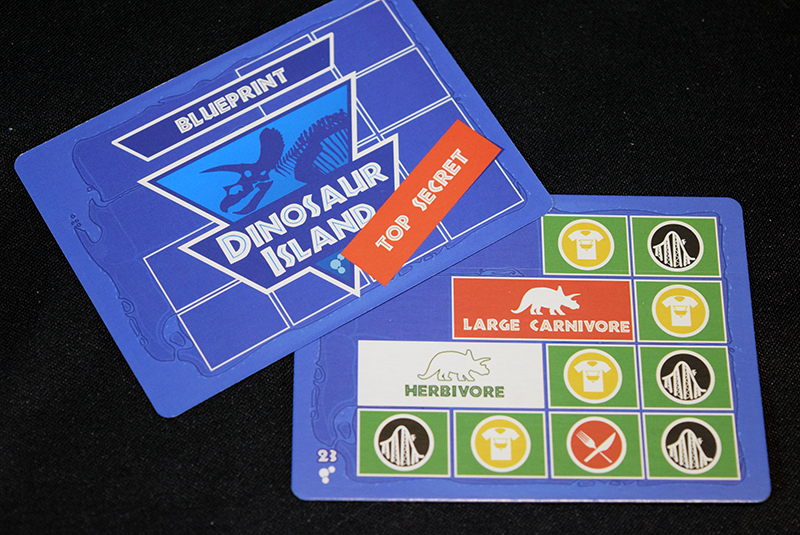 This module gives you secret goals for end of game scoring. You score extra points for each attraction that matches up with your blueprint. This is a good place to start if you are unfamiliar with the game as it gives you a set goal to reach as you play. 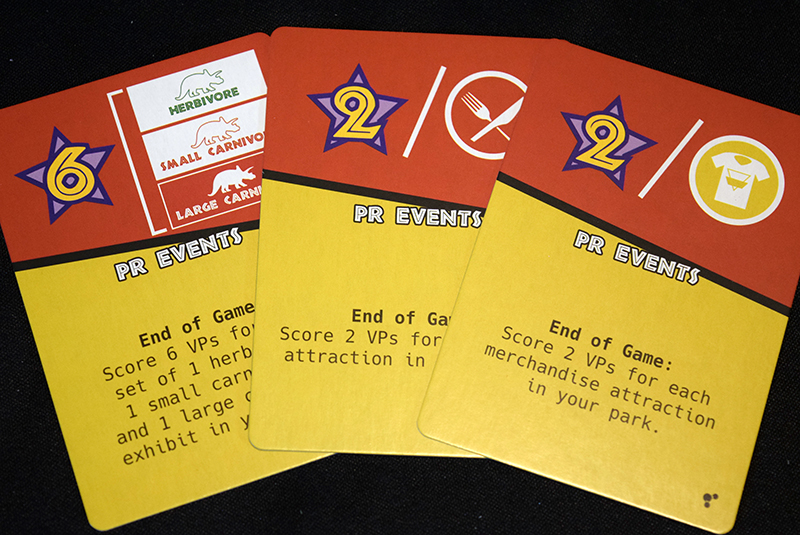 This deck of cards adds additional end-of-game scoring rules. The fun part is, every player gets two at the beginning of the game and keeps them a secret. When the game ends, they get to choose one of the two that will go into effect. The conditions on the card will apply to all players, so during the game, you can angle towards meeting the goals, but once everything is done you can assess which card will give you the most points while not awarding your fellow players as richly. 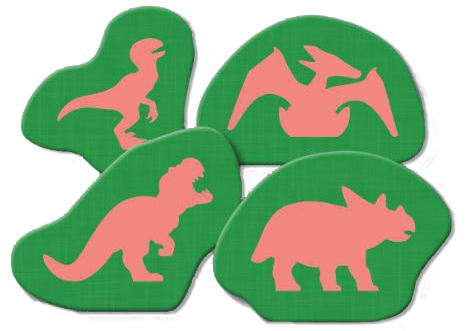 All of these expansions can be added in any combination to the base game and really add a lot of new challenges to the game. I ended up loving them all so much that I played a mega-game where we included all of the expansions at once. If you love dinosaurs and smooth, satisfying worker-placement games Dinosaur Island might just be for you and the Totally Liquid expansion is a great way to add even more strategy and prehistoric fun (also baby dinos make everything better).

Dinosaur Island is one of my favorite games and the new expansion is, as we used to say in the 90’s, all that and a bag of chips. What’s your favorite expansion to a game? Let us know in the comments below.