If you have any profound, potentially life-altering “yes” or “no” questions you need to ask, don’t bother with a Magic 8-Ball; we all know it’s just a toy from Mattel that gives you answers by chance. This new, magic GIF ball from the community of hackers and engineers known as element14, on the other hand… does exactly the same thing. But with great GIFs, which makes it infinitely cooler!

Element14 recently posted the Millennial Magic 8-Ball—our name for it—to its YouTube channel. The element14 crew say they decided to update the classic 8-Ball because, while it was “a fine toy for the 20th century,” communication has changed “quite a bit” recently. Which, of course, is obvious: just ask this Mindpong-playing monkey.

In the video, one member of element14 shows how to build the Magic GIF ball. The very simple build diagram shows the gadget’s components: a screen, a Raspberry Pi computer, a sensor that detects shaking actions, and a lithium-ion battery for power. The final assembly, which uses 3D-printed parts, mostly resembles a regular toy 8-Ball. Except for its small, 240×240-pixel screen and “.gif” logo on the ball’s top. (The period is the power button, which is way cool.) 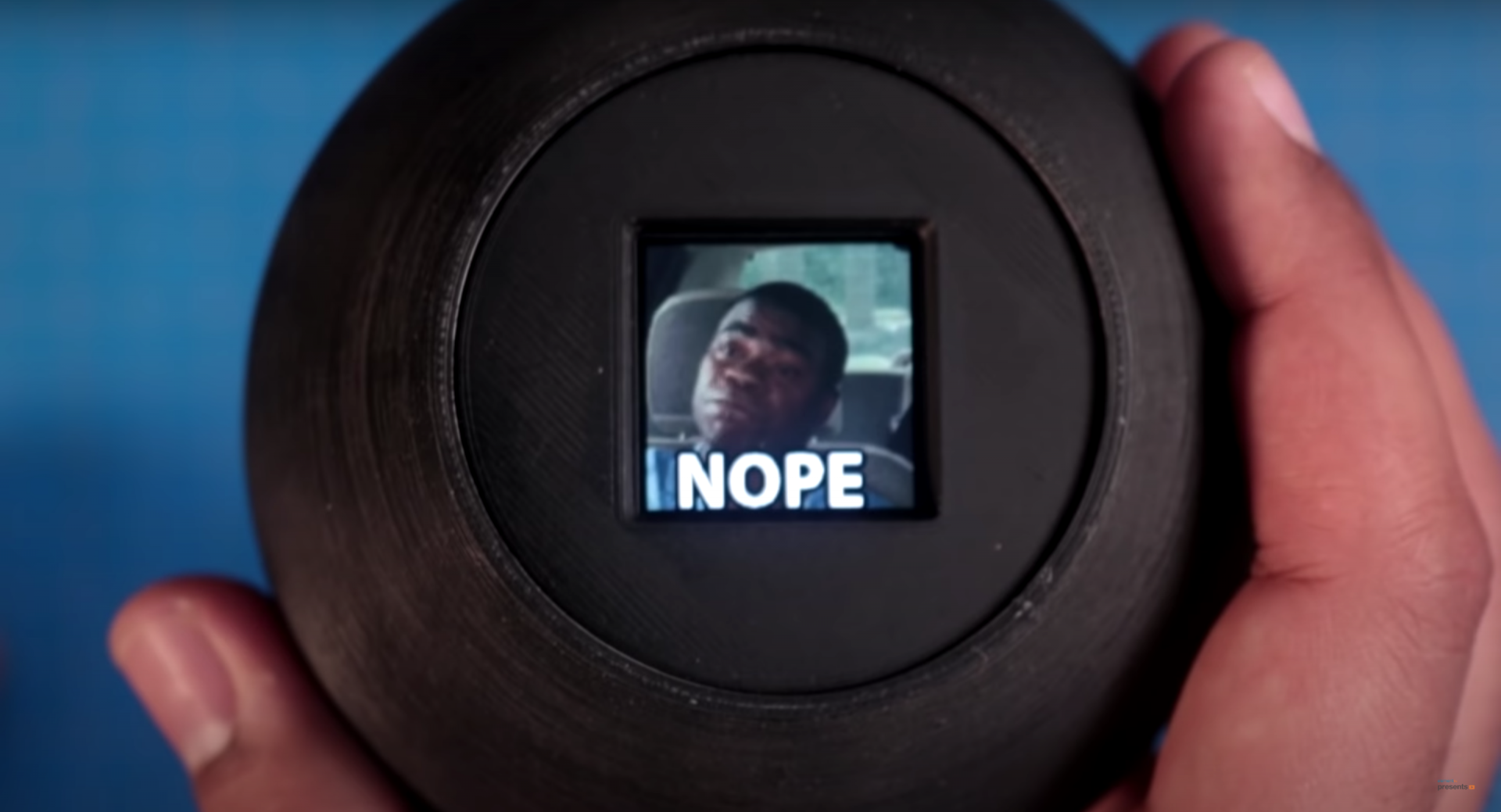 Those who dare to use the Magic GIF ball’s power summon one of 23 GIFs per shake. Each GIF offers a yes or no in the form of, say, Ron Burgandy giving an emphatic, mustachioed “Yes,” or Tracy Morgan throwing out a quadruple “nope!” There are also, of course, ambiguous answers, like Tina from Bob’s Burgers giving one of her trademark “uuuhhhhhs.”

That uuuhhhhh-type answer is actually one GIF-ball users would encounter a lot. Unlike the children’s toy, which is weighted to give more “yes,” answers, this more modern (more millennial!) 8-Ball offers far more ambiguity. Although, to be fair, it can be reprogrammed to include more GIFs. But should we? That’s a hard question to answer. 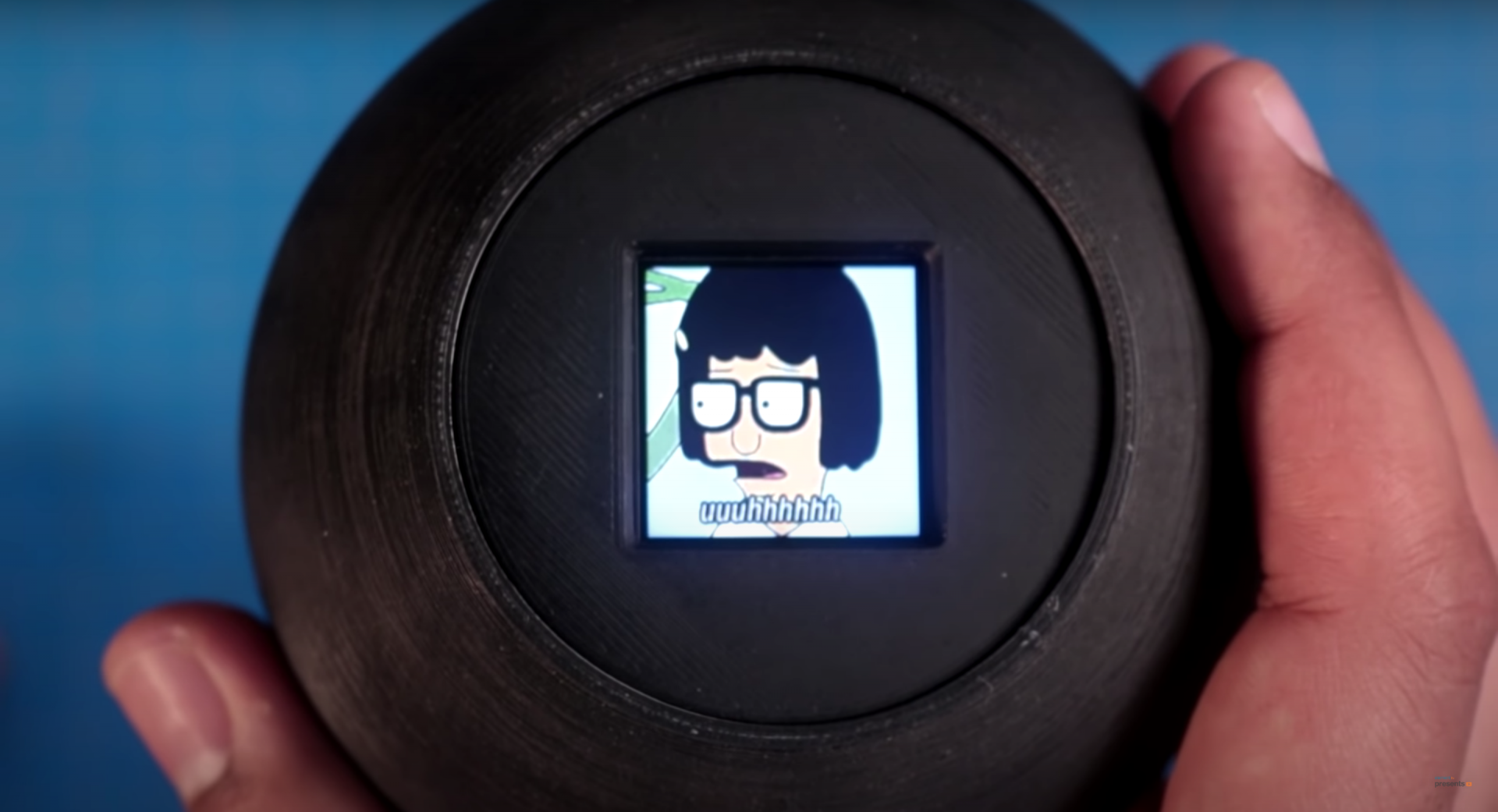