The art of stop-motion animation has largely fallen by the wayside. Unless it’s Laika or Aardman, 3D CGI has become and remains the dominant force in both animated film and special effects. The onset of digital effects hit its first pinnacle with 1993’s  Jurassic Park, which rightfully won the Oscar for Best Visual Effects. Famously, Phil Tippett, one of the four artists who shared that win, came away from the experience knowing CG would be the future; stop-motion was a relic of the past. Through some urging, however, Tippett was compelled to work on his stop-motion opus Mad God over a period of 30+ years. It’s a complete work now, and it’s something of a grotesque masterpiece.

Tippett shot the initial pieces of Mad God in the late-80s, but didn’t really pick up steam on it until the mid-2000s when he would launch a Kickstarter to fund the project. Eventually, he released three short pieces of Mad God. These shorts encompass about half of the finished film. That 82-minute feature is making its way around the festival circuit; the 2021 edition of the Fantasia Film Festival is where I gleefully sat down to watch it. The trailer was evocative, but the finished piece is a haunting, gory, episodic journey through one of the most upsetting post-apocalyptic landscapes ever put to film.

The film has no dialogue, save some indistinct muttering, but I think talk would get in the way. The story, as such, follows an “assassin” (their distinction in the festival notes), a figure clad in a steampunk-esque WWI soldier outfit; gasmask, metal helmet, trench coat, jackboots. At the start of the picture, this assassin descends from some other plane via a modified diving bell. He lands into a war-torn dystopia of crumbling skyscrapers, large cannons, and long-decayed bodies. What exactly this character is looking for is never specified. We can assume, via later events, that this is some kind of scouting mission. 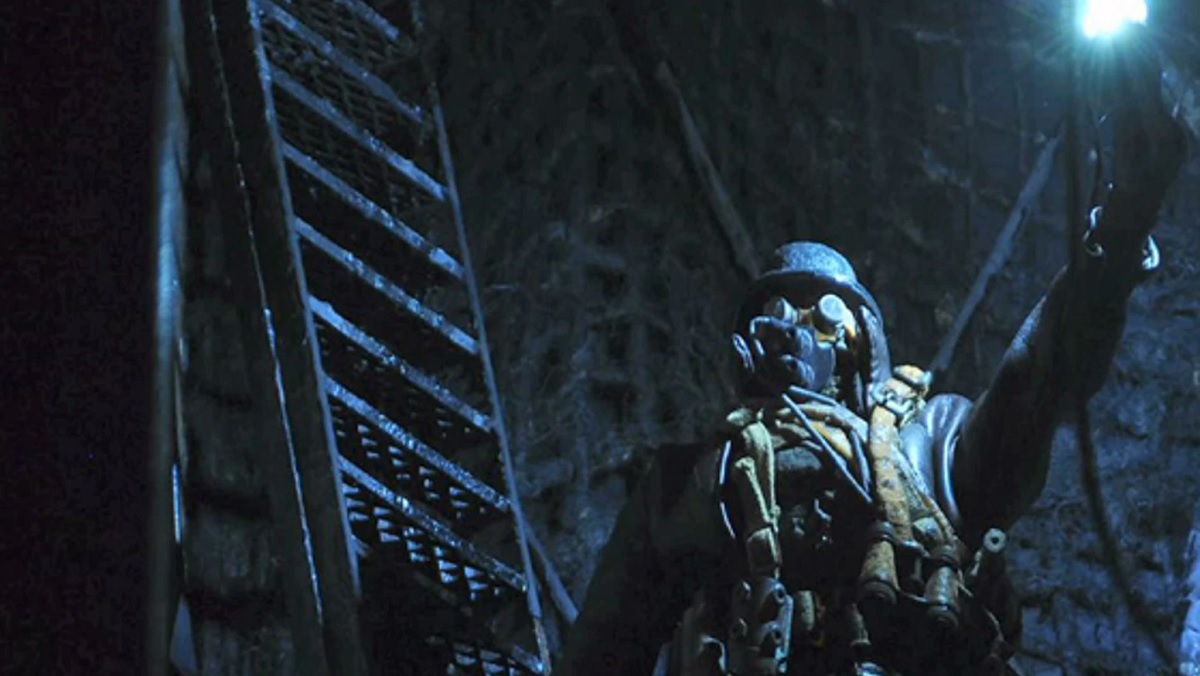 The assassin traverses different gorgeous and elaborate vistas and encountering all manner of disgusting beasts and pitiful once-human husks. These husks seem to do the manual labor for whatever mad god is in charge, but lack the wherewithal to get out of the way of steamrollers and flying objects. Eventually, the assassin makes his way up an enormous, spiraling tower where a mad scientist and his nurse do horrifying experiments and create screaming infant abominations that make  Eraserhead look tame.

Mad God is a staggering work. You can see the time and effort of Tippett and his team in every frame. You can also see how and where he had to cut corners. While the bulk of the movie is stop-motion, or at least uses standard puppetry, a few of the characters are just human actors. Most notably, filmmaker Alex Cox portrays a sharp-fingered puppet-master of sorts who ultimately sends the assassin on his mission. Given the abrupt change, it’s amazing Tippett was able to make it all work as a cohesive piece. 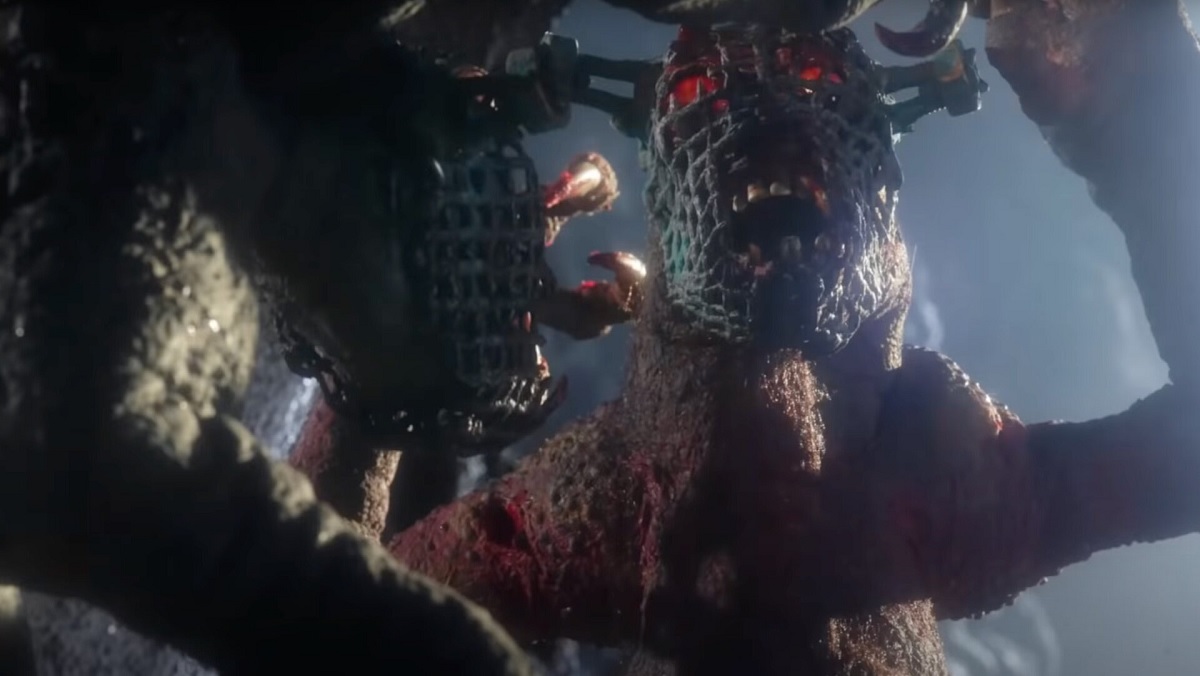 If there’s any criticism to be levied at Mad God, it’s that the narrative is so slight as to be more a suggestion. While we have the assassin to follow for most of the movie, he’s hardly a hero, allowing through inaction the suffering of various poor monsters. The scenes unfold as vignettes and you can certainly feel the start-stop nature of the production. These are minor, I have to say, given the depth and detail of what we see on screen. And chiefly Tippett isn’t interested in plot; he’s showing us a nightmare come to life, the aftermath of a world which man has destroyed and God has decided to smite.

Mad God is worth watching for fans of real, tactile animation, and those who want to see something like a gruesome mash-up of Jan Švankmajer and Richard Corben. Tippett’s dogged devotion to this project is worthy of merit alone, but that it’s so stunning makes it more than rousing success.