Lulu Wilson on the Cathartic Anger of BECKY

Lulu Wilson has grown up steeped in horror. Literally. Her first feature role was in the occult thriller Deliver Us from Evil and from there she’s starred in a selection of other haunting supernatural chillers like Ouija: Origin of Evil, Annabelle: Creation, and of course Haunting of Hill House. In her newest film, Becky, Wilson takes center stage as a desperately angry young woman who has to dispatch a group of Nazis who have infiltrated her family’s cabin in the woods. It’s a gritty little horror-thriller filled with practical effects, gore, and a solid Nazi body count! Nerdist chatted with Wilson about taking on the role, her process, and the freedom of getting to be really f***ing angry!

As you can see from our exclusive red-band trailer above, Becky—directed by Jonathan Milott, Cary Murnion—is a no-holds-barred kid-that-kills movie. But the twist here is the killer is our hero and she’s protecting her family and herself. It’s a slasher movie where the final girl is both the survivor and the killer, and Wilson makes it an exhilarating watch. For Wilson, these kinds of films are what make her excited to act. “As I’ve grown up in this thriller-horror genre, I find that the experiences I’ve had are what take me back to genre every time,” Wilson said. “I also think that my best roles that I’ve played are in the horror-thriller realm. And obviously I’ve just worked with so many amazing horror directors!”

Wilson is quick to tell us that she thinks that Becky is more of a thriller than a straight horror, but those nuances are another thing that appeals to her. “I love how horror isn’t just one genre; it can be all the genres in one!” she said. “Some horror movies are really scary and really dramatic. There are others that sort of have that comedy or have some sort of just heart-wrenching aspect.” 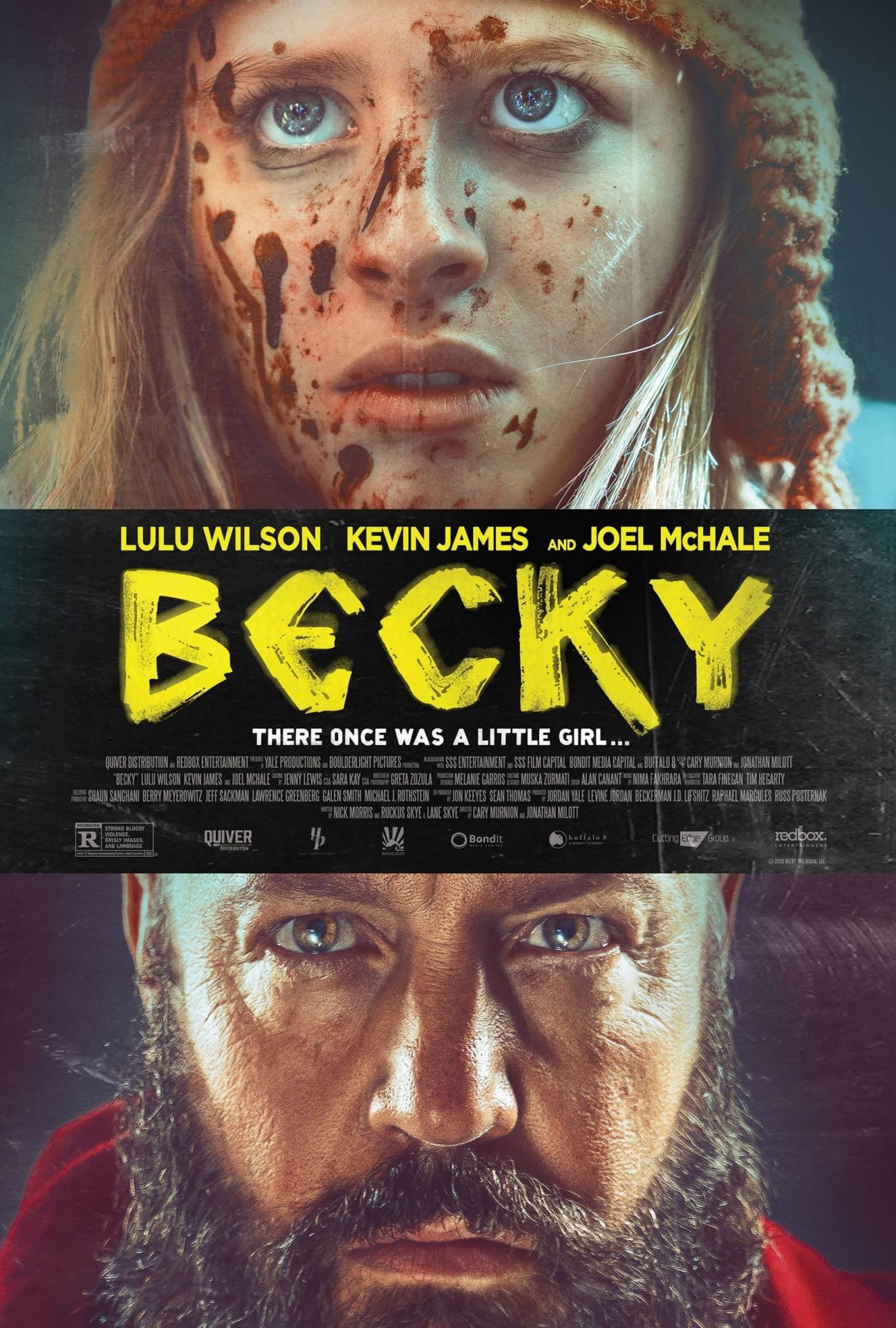 In a way, Becky represents all the things that Wilson loves about genre. There’s a little humor, a lot of horror, and a heart-wrenching origin, all of which offered the young actress a chance to do something young women rarely get to do: be angry. “I can’t even describe how amazing it was. Usually in a movie like this, Becky would have to be really pretty or very fragile, she’d have to be saved. But here she’s gonna save herself,” Wilson said. “I just love that because I personally get very angry when girls are portrayed like these fragile little beings. I hate it. I get really, really angry. Also, being able to put my teenage anger into it and having that opportunity to just cry and scream and beat up these four guys was an amazing feeling.”

Despite all of her anger and violence, Wilson told me that making Becky empathetic was key. “I wanted her to be likable. I wanted audiences to root for her,” Wilson said. “I didn’t want Becky to just be a bratty teenager. So I think putting that sort of emotion behind her feelings about the death of her mom, and that being the root of her anger, I really wanted to incorporate that. Also, not having her just be a one-dimensional character.”

She added, “You see a lot of TV shows with bratty teenage girls, but I didn’t want people to respond that way to Becky. I want people to be like, ‘Oh, this is maybe not totally realistic, but for the most part relatable.’ Mostly, I wanted other teenage girls, if they watch it, to be able to relate to her anger and to root for her.” 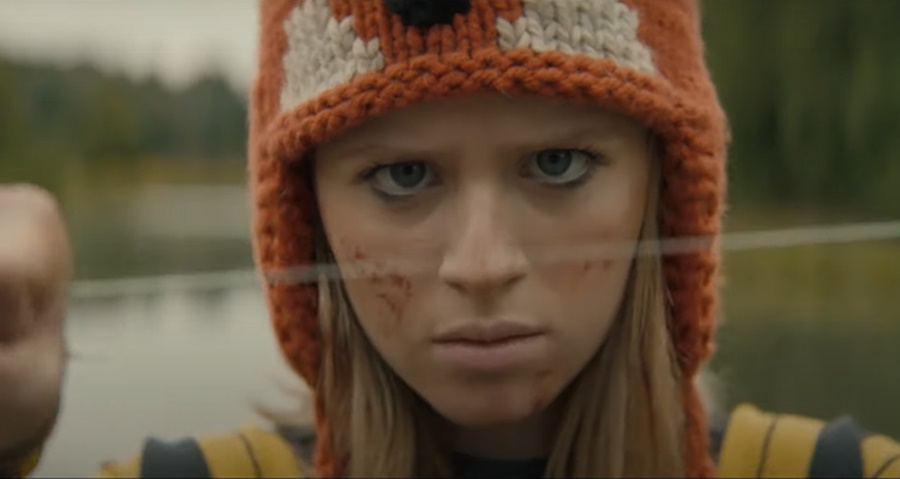 Wilson told Nerdist that the film also gave her the chance to live out a lifelong dream. “There were so many amazing things to shoot. And it’s a pretty small thing but just being able to go into my fort and tear it apart. I had always wanted to do that because that’s like my first reaction when I’m angry, to just destroy something, so that was great to film.”

For a film with such a young protagonist Becky is a brutal thrill-ride with plenty of gruesome moments which are brought to life with glorious practical effects. It was experience that Wilson won’t soon forget. “I think it’s my first time working on a project that had most if not all, practical effects. I mean, a guy got lit on fire in front of me. Which was insane! To be able to say that gives me  bragging rights, I can brag about that! But watching that was a really great experience and seeing all the work that special effects artists put into was incredible. I got really close with Carly, our special effects artist. Even just having like the smallest practical effects are just like my broken nose was amazing. It’s really like art.” 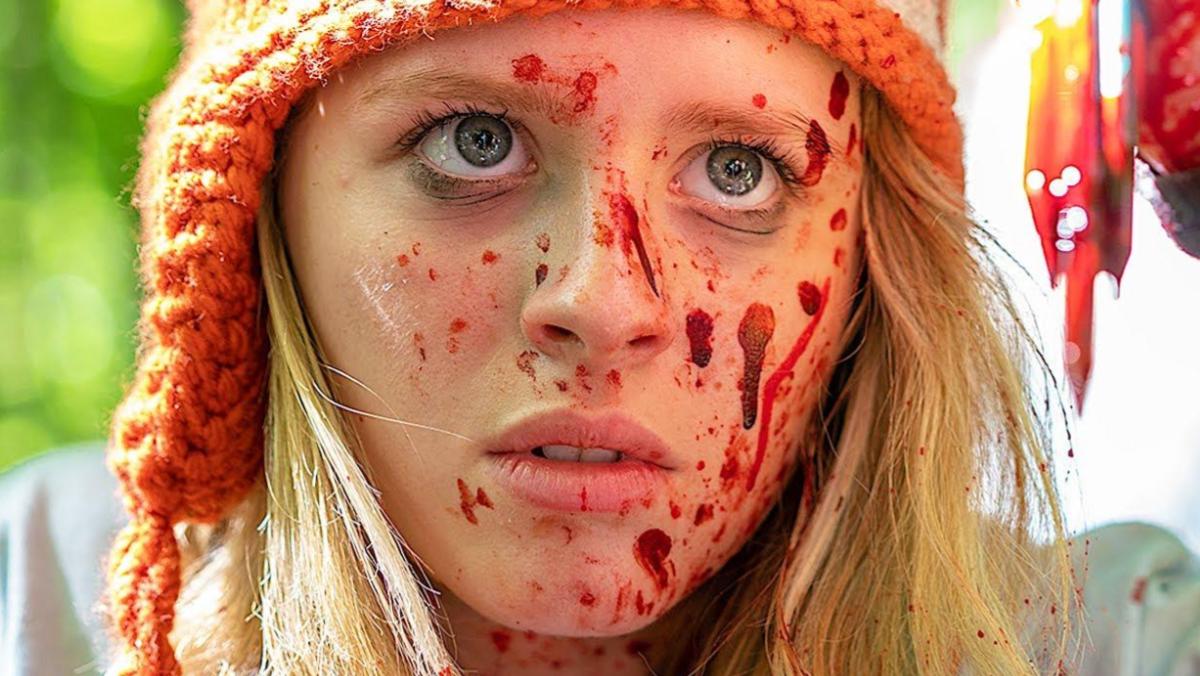 Although the radical leading role seems like the perfect fit for Wilson, the internet went wild when they saw the rising horror star kicking Nazi ass in the first trailer. The actor didn’t immediately jump at the chance due to some of her previous experiences as a young performer. “I wasn’t sure; maybe this would be weird because I’m a kid and sometimes adults don’t have the greatest respect for kid actors,” she said. “But I found that every single person on the set of Becky respected me as an actor and treated me as an adult. And I am so grateful for that. But I also don’t think that there would be a scenario where your character’s name being the title of the movie wouldn’t be the best experience ever. And it was a first for me.”

As for what the newly born horror heroine Becky will do next? Wilson laughed, “I don’t know for certain, but whatever she does I think it’s going to be pretty badass.”