Bonnie Tyler’s ’80s hit song “Holding Out for a Hero” is definitely having a pop culture moment. The song first appeared on the Footloose soundtrack back in 1984. Then for many years, it lay dormant. Recently, it showed up with much fanfare in the recent Masters of the Universe: Revelation trailer. And then, in its subsequent parodies. The trailer for the new Guardians of the Galaxy game used it too, as did a recent episode of Loki. Somewhere out there, Bonnie Tyler is cashin’ in those royalty checks. And we say it is much deserved.

Now, via Geeks are Sexy, we’ve learned it’s found yet another amazing use. Someone has fused the Jim Steinman-written song with the Force. The video comes from YouTuber Chimnay Sawant. He’s placed the classic song against footage of Darth Vader’s epic hallway battle from Rogue One. And then, it’s followed up by Luke Skywalker kicking butt in a similar fashion in The Mandalorian. Yes, only one of these characters qualifies as a “hero.” Well, ok, Vader was once a hero. But that’s stretching things a bit. Nevertheless, it all works pretty perfectly. You can watch the full video above. 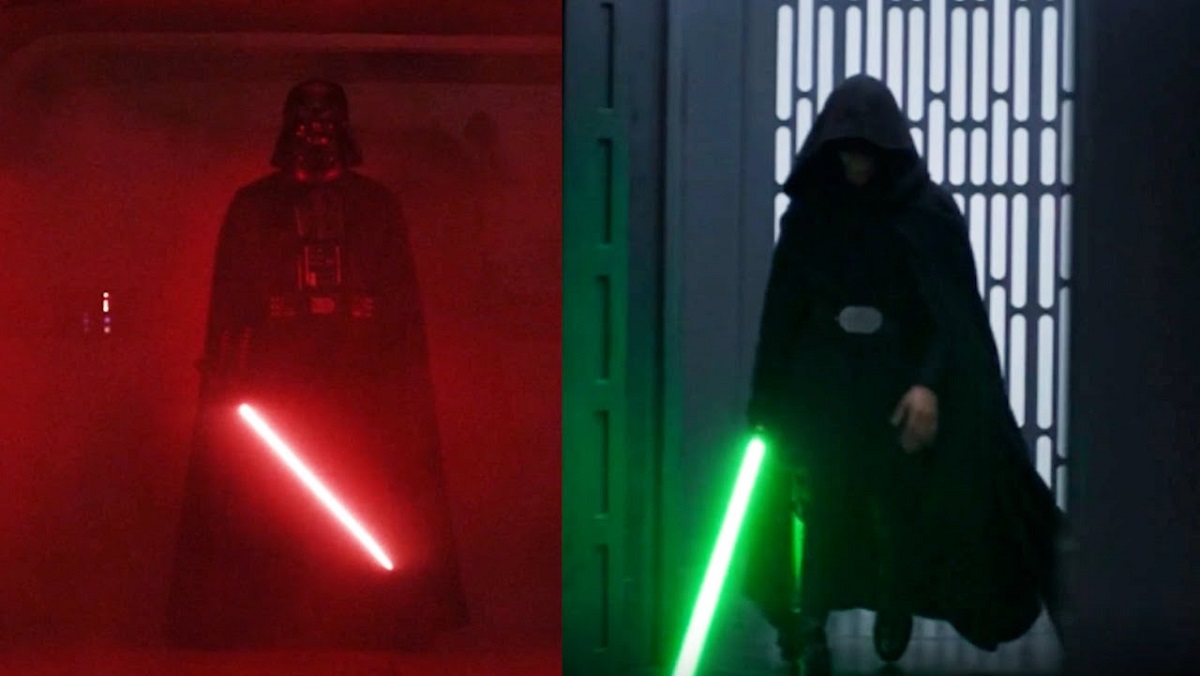 Luke’s epic return from The Mandalorian found new life several times in different videos. All of them using different pieces of music. We’ve already seen it synced up with the classic “Luke’s Theme” from the original trilogy. And we’ve also seen it set to the tune of the prequel’s “Duel of the Fates.”  But “Holding Out for a Hero” just hits all the right beats to make it the best fan edit.

Luke and his pops might have a challenger in all-time best fan edit video though. When it comes to classic songs synced with Star Wars lightsaber fights, it’s a totally different Jedi who wins the gold. At least in our book. Ahsoka Tano fighting with Heart’s classic song “Barracuda” is still the all-time champ. Bonnie Tyler is cool, but Heart rocking out with some Ahsoka action? That one is tough to beat. Maybe Ahsoka is the hero we’re really still holding out for. Just nobody tell those pesky Skywalkers. We hear they have anger issues.