A hacker who simply goes by the name “Rick” on Twitter has somehow managed to make both LEGO and Super Mario Bros. even better. How? By combining the buildable bricks and the video game, of course! Specifically by programming a LEGO Super Mario figure to play Super Mario Bros. And yes, we agree Nintendo needs to make this a real thing.

Some people asked for it, so here's how shooting and pipes work pic.twitter.com/OACZYurh5u

In a tweet, which comes via Gizmodo, Twitter user Rick (@r1ckp), said that he wrote some code allowing for the use of LEGO Super Mario as a controller for the iconic 1985 game. In a series of subsequent tweets, he explained how the game-LEGO-figure combo works, noting that it only took him four hours to complete.

About 4 hours. The complicated stuff was figuring out the bluetooth protocol. Then it‘s just simulating keypresses at certain events. On MacOS the NES emulators don’t work with simulated keys so the game is actually running in a Linux VM 😉

The electronics engineer says the gaming setup wasn’t difficult to build, and only required a few lines of python code. With that simple code, Rick was able to hook up the LEGO Mario to his computer via Bluetooth. There was some “complicated stuff” involved, however, when it came to figuring out the Bluetooth protocols; that is, how to generate key-presses from Bluetooth events.

Running can be done by a steeper angle forward. For fireballs you have to put down the figurine on a red tile (It has a color sensing camera on the bottom). 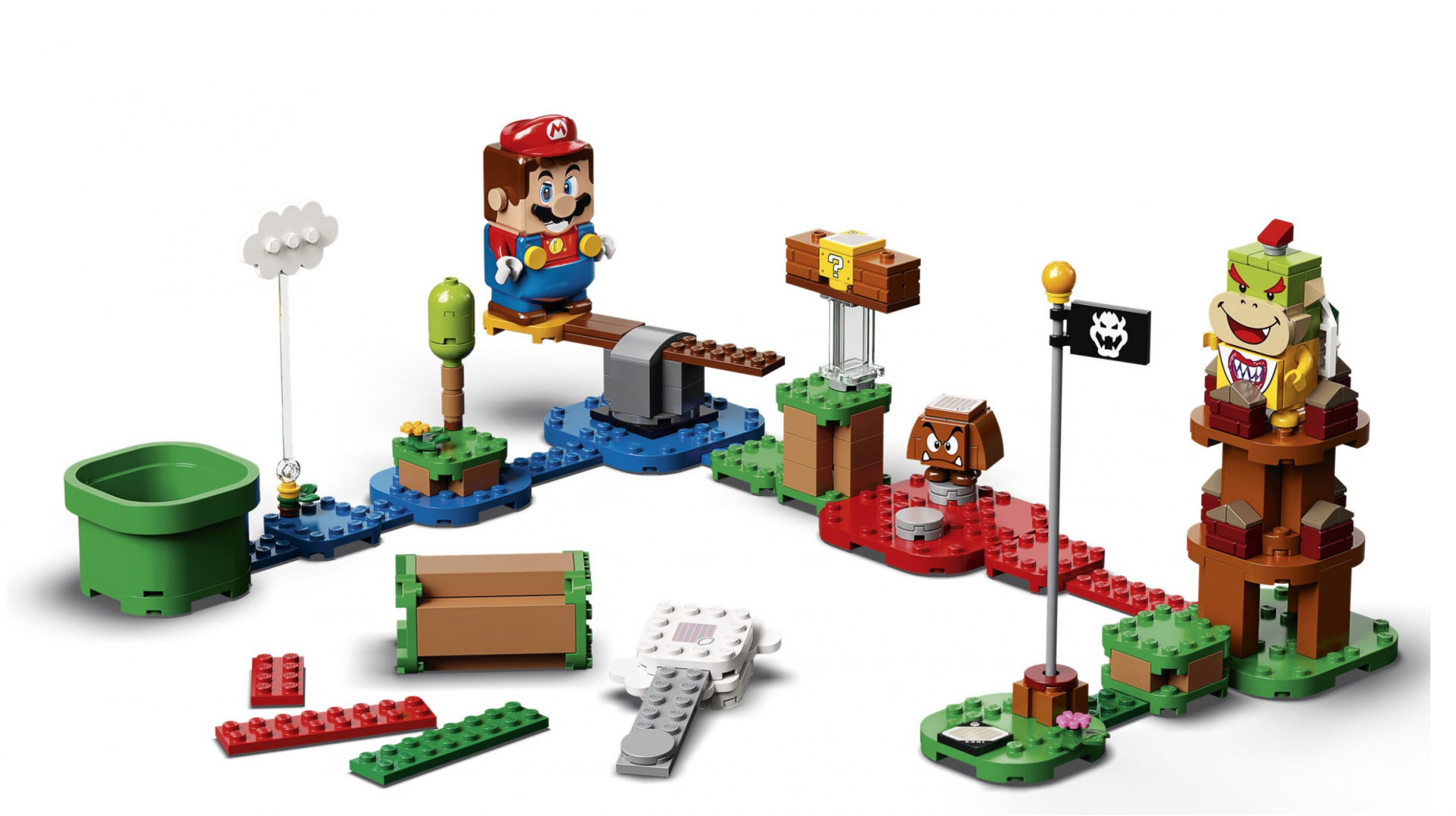 For those wondering, the LEGO figure was indeed electronic prior to Rick’s work. The figure—which has a built-in LCD screen, camera, and speaker—is a part of the Adventures with Mario Starter Course set; one that allows builders to create playable LEGO levels for the figure. And while that’s not quite as wahoo! as Rick’s setup, it’s still obviously cool enough to inspire fans of both Super Mario Bros. and LEGO.

What do you think about this Bluetooth melding of LEGO and Super Mario Bros.? Double jump into the comments with your thoughts, people!