LOVE, VICTOR Is About to Be Your New TV Crush - Nerdist

LOVE, VICTOR Is About to Be Your New TV Crush

Love, Victor is about to be your next TV crush. Set in the same world as the 2018 movie Love, Simon, this spin-off rom-com television series is coming to Hulu in June. Perfect for LGBTQ Pride Month. The half-hour comedy, which Disney moved from Disney+ to Hulu, will center around Victor (Michael Cimino), a new student at Creekwood High School. That’s the same name as the high school featured in Love, Simon. The show will follow Victor’s “own journey of self-discovery, facing challenges at home, adjusting to a new city, and struggling with his sexual orientation.”

The first look at a clip from Love, Victor will make anyone who’s ever embarrassed themselves in front of a crush (hello, this everyone, right?!) cringe. Victor goes to his new local coffee shop and asks for a job. While interviewing and learning the ropes, he’s very attracted to the barista. Then he becomes distracted and the interaction ends with the milk frother spraying all over them both. Victor quickly runs out of the shop, and honestly, we can’t blame him.

The move from Disney + to Hulu will put Love, Victor in good company with similar thematic dramedy shows including PEN15 and Looking for Alaska. Disney + has had a few changes to its lineup, deciding which shows would be better on the more family friendly streaming service and what shows have a slightly more adult feel to them. As a result, shows that are considered more mature than what Disney+ would feel comfortable programming, are shifted to Hulu. Hmm. 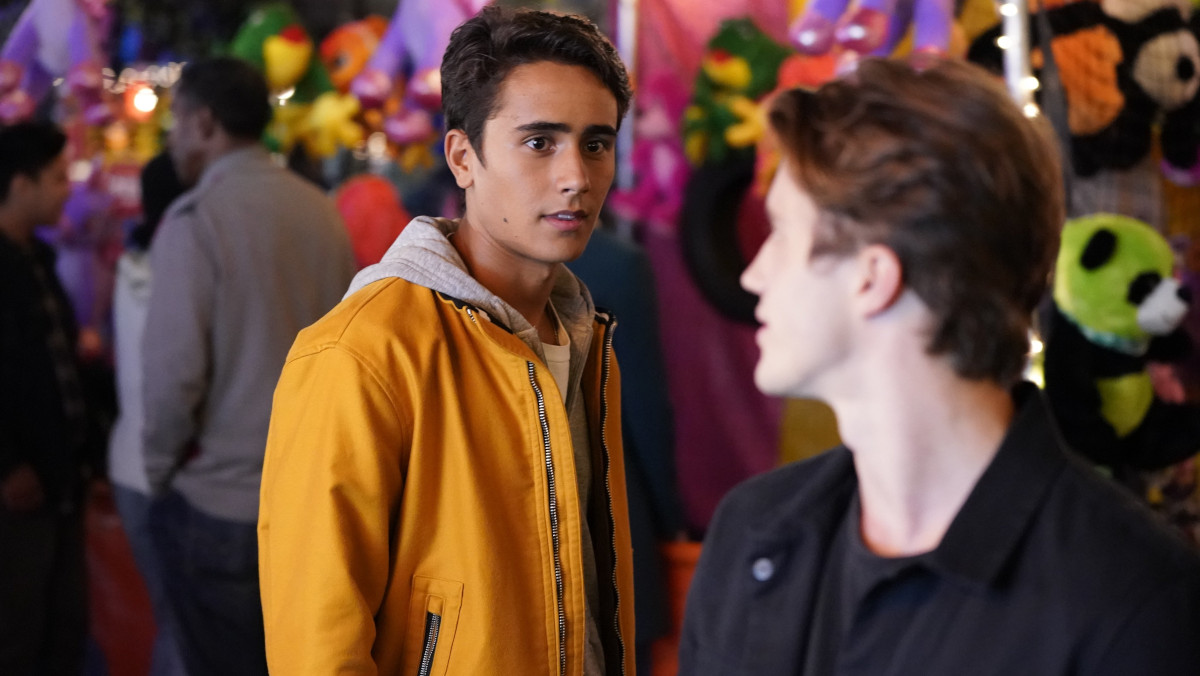 The series, from This Is Us executive producers and showrunners Isaac Aptaker and Elizabeth Berger, who wrote Love, Simon, and 20th Century Fox TV, just wrapped production on its ten episode first season. Love, Victor will premiere its first season on June 19 on Hulu.