LORD OF THE RINGS Sand Sculptures Bring Middle-Earth to Life

Not too long ago, we told you about the amazing sand sculptures from Italian sand sculptor Leonardo Ugolini. His time-lapse video of an incredible sandcastle version of the Millennium Falcon completely blew us away. Now he’s back, with a trio of sand creations based on the Lord of the Rings trilogy. We learned about his latest Middle-earth creations via The Laughing Squid. And they’re just as impressive as his Star Wars pieces. 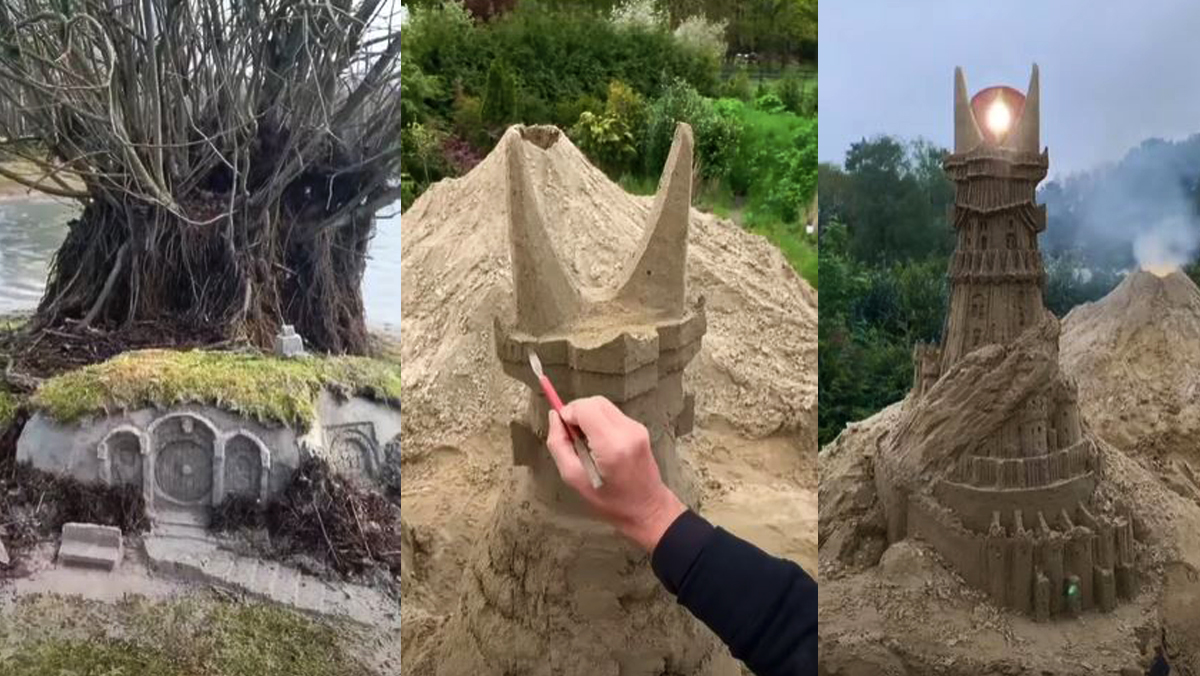 Ugolini tackles the home of Bilbo and Frodo Baggins in his first Lord of the Rings sand sculpture video. The tiny Hobbiton home looks just as it does in Peter Jackson’s films, down to the most minor details on the front door. Ugolini even creates a version of the interior of Bilbo’s famous Shire abode. And is that a certain ring of power we see on the table?

The second Lord of the Rings sand sculpture is a stunningly detailed version of the Dark Tower of Mordor, also known as Barad-dûr. Ugolini created this one with nothing more than a mini spatula. And there’s even a smoldering sand version of Mount Doom in the background. You can see the time-lapse video for the fortress, which holds the Eye of Sauron, right here.

And finally, we get a glimpse of the tiny cavern inside Mount Doom, where Frodo Baggins attempted to throw the One Ring into the flames. (Well, almost attempted). Ugolini does what Frodo could not, and with the ring cast out in the fire, the sand Tower of Mordor collapses. Luckily, some eagles came by in the nick of time to save the artist. Gandalf must have called in a favor or two.

You can check out all of Leonardo Ugolini’s amazing sand sculpture videos by heading over to his TikTok account. And for even more cool sculpture art, visit  Ugolini’s webshop.