The Travel Channel is ready to give fans a great list of haunted destinations (horror bucket list, anyone?) with its Ghostober lineup. There’s a lot of new documentaries and series to enjoy this year but the network is taking spooky season to the next level with a live ghost investigation. Haunted Salem: Live, airing on October 4, is a four-hour event in one of the most infamous places in America – Salem, MA. That’s right, the travel network will take on the place known for its witchcraft history.

It’s not clear how the groups will be divided but hopefully the established pairs will part ways and team up with new people. This would bring a fresh dynamic to their investigations and undoubtedly lead to some hilarious moments in the midst of heart-stopping walks through places where restless souls wander.  And, it’s also cool to see the Ghost Brothers (Marcus, Dalen, and Juwan) bringing some diversity into the mix. 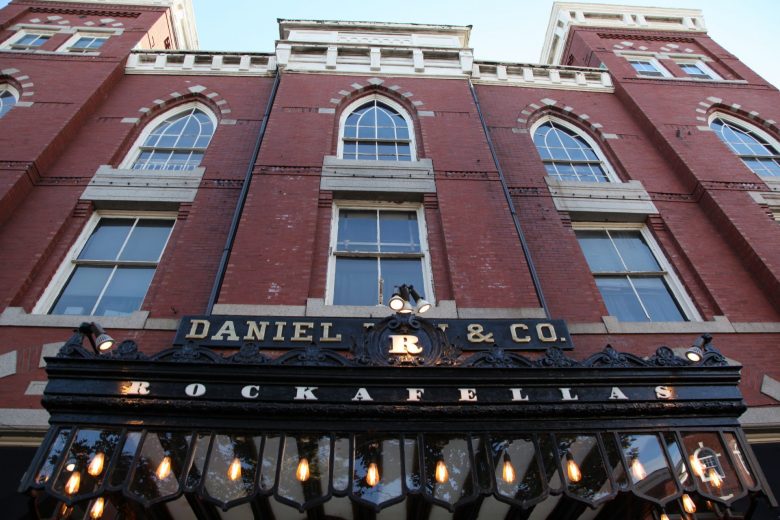 So, how will it work and where will they go? Good question, inquisitive reader. The experts will break off into three teams and explore three places tied to the infamous Salem witch trials. Ipswich Gaol (where convicted people were held until their execution), the home John Proctor (the first man accused and hanged for witchcraft), and Rockafellas (the location where 150 people were ordered to stand trial) are the chosen places where viewers can potentially watch paranormal activity happen in real time.

The Rockafellas site is said to be cursed by farmer Giles Corey following his death by torture. Yeesh. Fans cannot road trip to Salem to go along for the ride but they can tune into Travel Channel’s Facebook Live feed and engage in an interactive live-tweet using #HauntedSalemLive.

It’s kind of hard to have a trailer for something that takes place in real-time, but Haunted Salem: Live managed to put together a series of clips to amp up interest. The teaser shows several of the experts on previous scary adventures and asks everyone if they are ready to scream. It remains to be seen if anything scream worthy will go down but surely Salem will offer some sort of bizarre action, right?

We’re taking over the town of Salem for one ? mega ? investigation ?. #HauntedSalemLive premieres this Friday at 8|7c! pic.twitter.com/1WQL3nEh4K

This big Salem investigation seems like the perfect way to kick off the first Friday in October and really get in the mood for Halloween. Which place will be the most haunted location in Salem? What do the spirits have to say in 2019? Catch all the thrills when Haunted Salem: Live kicks off at 8 p.m. ET/5 p.m. PT.