Listen to this Duck Call Someone a 'Bloody Fool' - Nerdist

Listen to this Duck Call Someone a ‘Bloody Fool’

While everyone’s familiar with parrots’ ability to mimic human voices and words—Polly does indeed want a cracker—it turns out some ducks have the same talent. One Australian musk duck, Ripper, was even able to say the complete phrase, “You bloody fool,” while he was alive. Which, as you can clearly hear from the recording below, isn’t half bad considering the lack of quaking in the phrase.

Design Taxi picked up on the above recording of Ripper’s catchphrase. Ripper, who caretakers raised from a fresh egg beginning in 1983, grew up at the Tidbinbilla Nature Reserve southwest of Australia’s capital, Canberra. A team of scientists has only now, however, analyzed Ripper’s phrase; publishing their findings in the journal Philosophical Transactions of the Royal Society B. 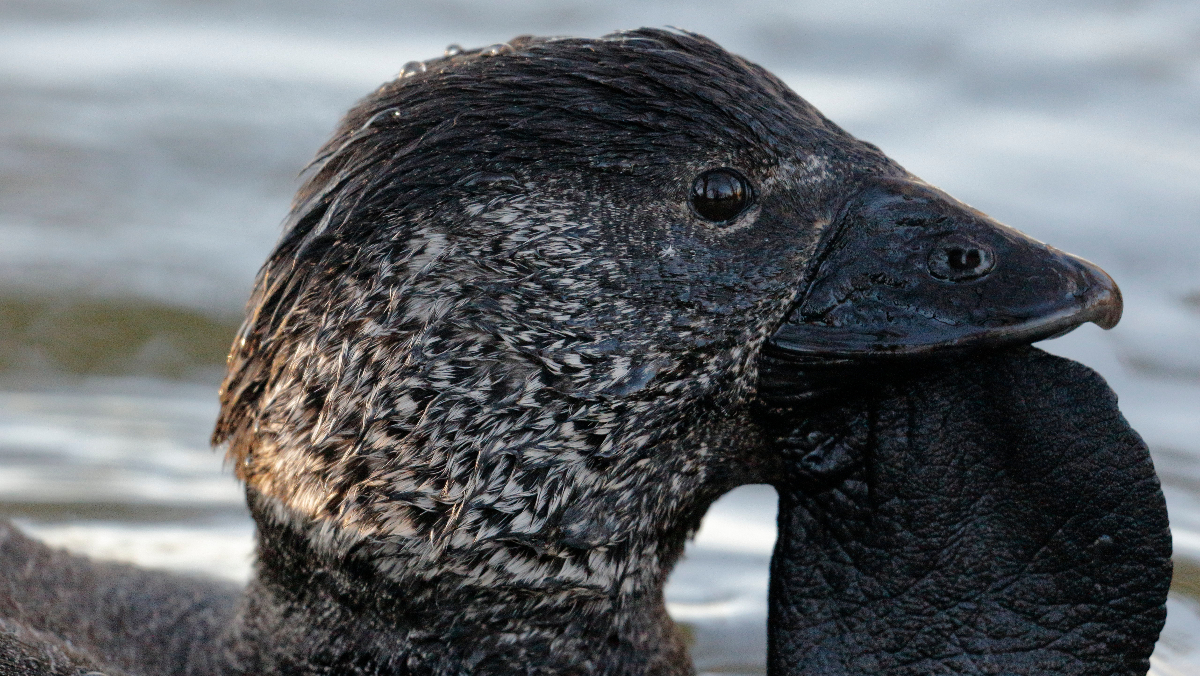 In their paper the scientists analyze Ripper’s phrase along with his ability to mimic a slamming door. (That sound effect is in the clip immediately below.) Apparently it’s unclear where the duck learned its phrase and sound effect. Although the prime suspect is one of the duck’s caretakers. Or perhaps Gandalf? Incidentally, can we teach a duck to say “Run you fools” like the wizard?

Ethologists Carel ten Cate and Peter Fullagar, both at Leiden University in the Netherlands, led the team of scientists. They report that Ripper’s phrase and sound effect are likely offshoots from his mating displays as musk ducks use mimicry to attract mates. A second musk duck, who also resided at the Tidbinbilla Nature Reserve, demonstrates the ability to mimic other ducks in the clip below. Listen as it duplicates the quack of the Pacific black duck.

Physiologically speaking, the scientists highlight the musk duck’s telencephalon as a key to its speaking abilities. The telencephalon, a part of the brain, contains the cells involved in vocal learning and is relatively large in songbirds and parrots. And, it just so happens, waterfowl as well.

Ten Cate, Fullagar, and their colleagues are still stumped as to a definitive answer regarding how or why the musk ducks have developed this capability. “To observe vocal learning in such a group makes this find extra remarkable,” ten Cate said in a press release. But “it is not yet clear why this particular species is capable of vocal learning,” he added. Something especially confounding considering the ducks’ attention-grabbing muskiness. Really, the ducks get their name from their musky smell, which is pungent during breeding season. A time when we can only assume the waterfowl are acting a bloody fool.