Adorable Duck Uses Its Prosthetic Leg for the First Time

While prosthetics for people are constantly growing in sophistication, it’s less often we see inventors apply equal effort to animals. It was all the way back in 2016, for example, that Derby the dog received his bouncy, 3D-printed front legs. Now, however, a duck named Waddles has been fitted with a new, cool, prosthetic leg. And watching him use it is just quackin’ adorable.

Laughing Squid picked up on Waddles first-ever go-round with his new, prosthetic leg. The crew at Bionic Pets made the leg for the wildly cute duck in an attempt to vastly improve his quality of life. And in the video clip above from the National Geographic show, The Wizard of Paws, we see Derek Campana from Bionic Pets strap Waddles to his fun, faux leg for the first time.

As Campana shows Waddles’ owner—guitarist Ben Weiman of Suicidal Tendencies—his team used a mold of Waddles’ working leg to translate it into rendering software. They then 3D-printed it; with a small tub at its top where Waddles could insert his non-functional leg. 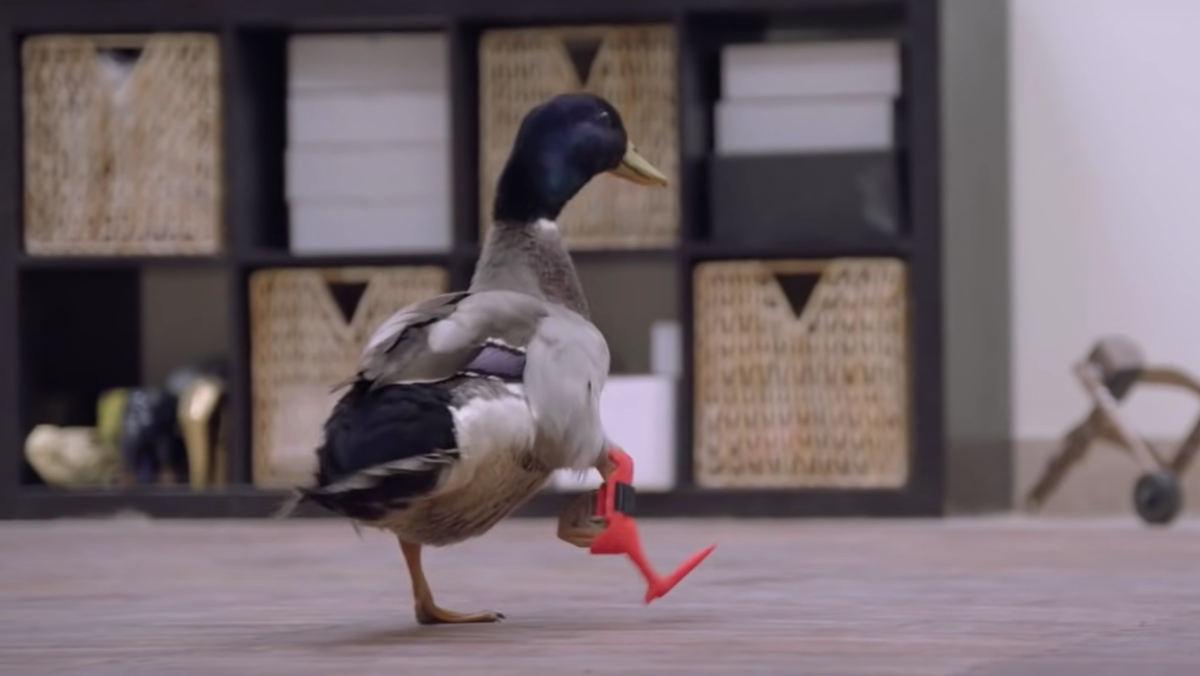 The big test comes about a minute into the video. And, at first, things don’t look great. Waddles has trouble figuring out what this new plastic part of his body is supposed to do, and doesn’t dare to put weight on it. Less than half a minute later, however, the gleeful duck is walking over the place. With a decently natural gait too.

Campana says this tech’s “not only cool for Waddles, but for all the birds to come” who’ll also benefit from cutting-edge prosthetics. Indeed, we’ve perused the Bionic Pets site, and Campana and company are working on some seriously cool animal prosthetics. Such as the prosthetic pig legs in the video immediately below. Which don’t look as state-of-the-art as Waddles’ leg, but definitely still deliver the same level of triumphant cuteness. (Incidentally, who else wants to adopt a farm animal now?)