LEGO’s first convention, aptly called LEGO CON, gave fans a ton of fun news about what’s coming soon. The company seems to be rolling full steam ahead with creative new sets dropping every time we blink. One of the most gleeful announcements is about more Mandalorian merchandise, which we learned more about via Gizmodo. It makes sense considering the show’s second season is perfect fodder for fun ideas to recreate with plastic bricks.

There will be three Mandalorian sets dropping during Summer 2021. There’s a 593-piece set that replicates Boba Fett’s iconic ship and includes Boba and Mando himself. Mando is carrying the Beskar spear that he picked up when he met Ahsoka Tano. Interestingly, the packaging reveals that the ship will simply go by “Boba Fett’s Starship.” 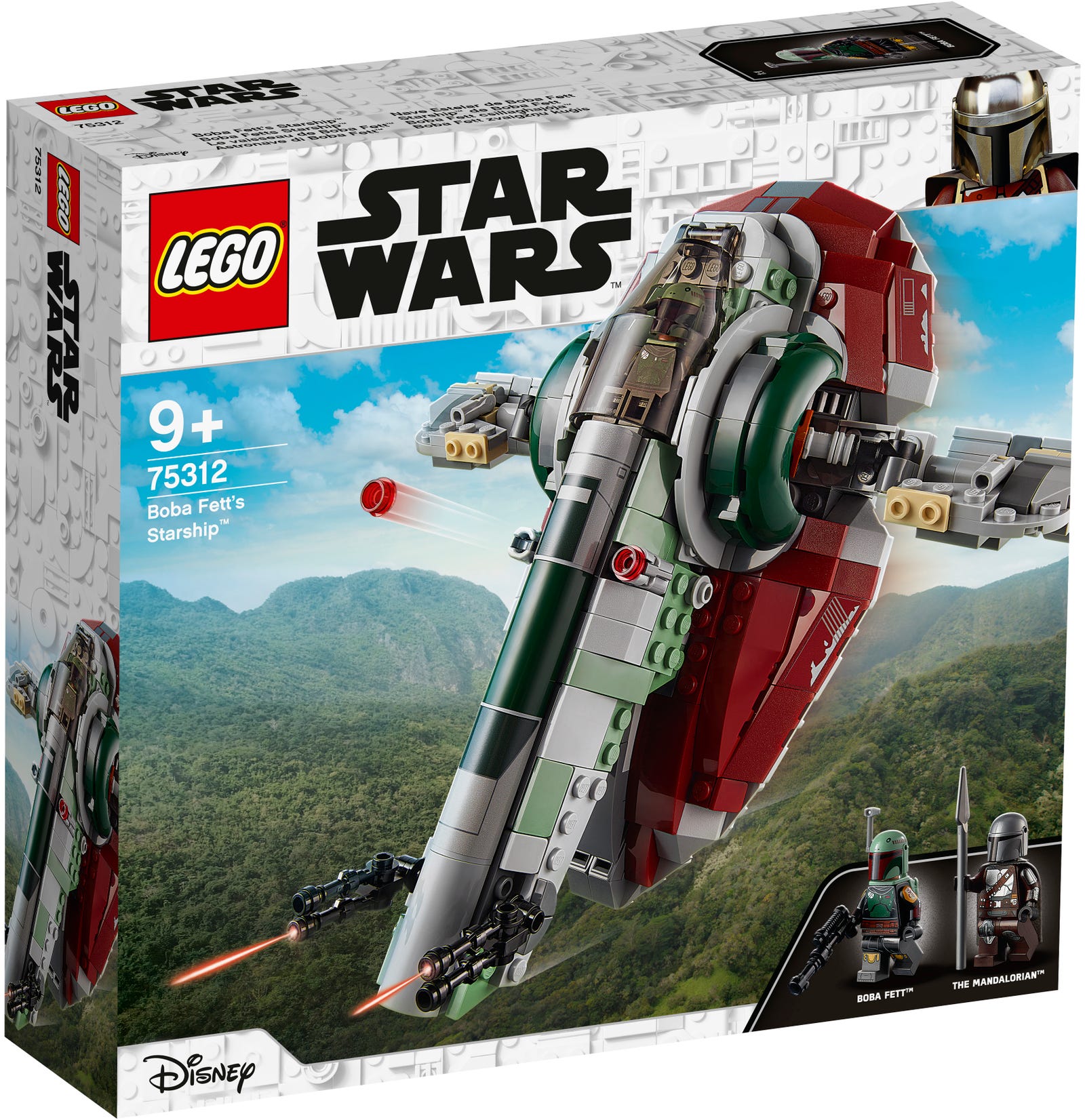 As fans know, the ship’s existing moniker is Slave One. As IGN reports, LEGO designers Jens Kronvold Frederiksen and Michael Lee Stockell confirm that this change came from a Disney request. It’s not surprising considering the name includes the word “slave” but we will see what happens. As we all know, Boba Fett is getting his own series so any change will certainly show up there. The Boba Fett ship will set fans back $50. 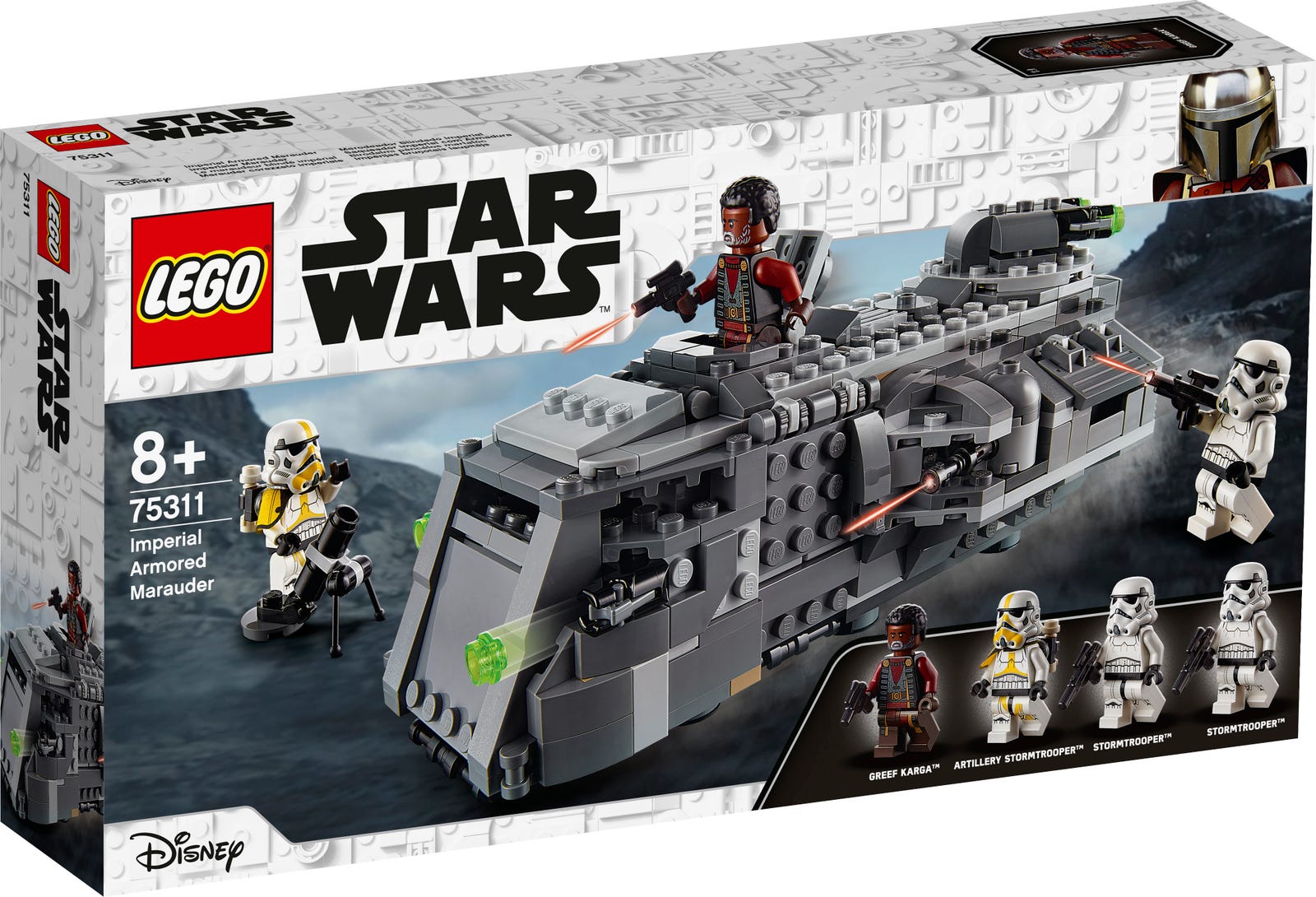 There’s also the Imperial Armored Marauder. It’s the ship that Greef Karga and Mando stole, btw. The 478-piece Mandalorian set costs $40 and comes with a few minifigures; it includes Karga, two run-of-the-mill Stormtroopers, and a special artillery Stormtrooper to fire out of a hatch at the top of the vessel. 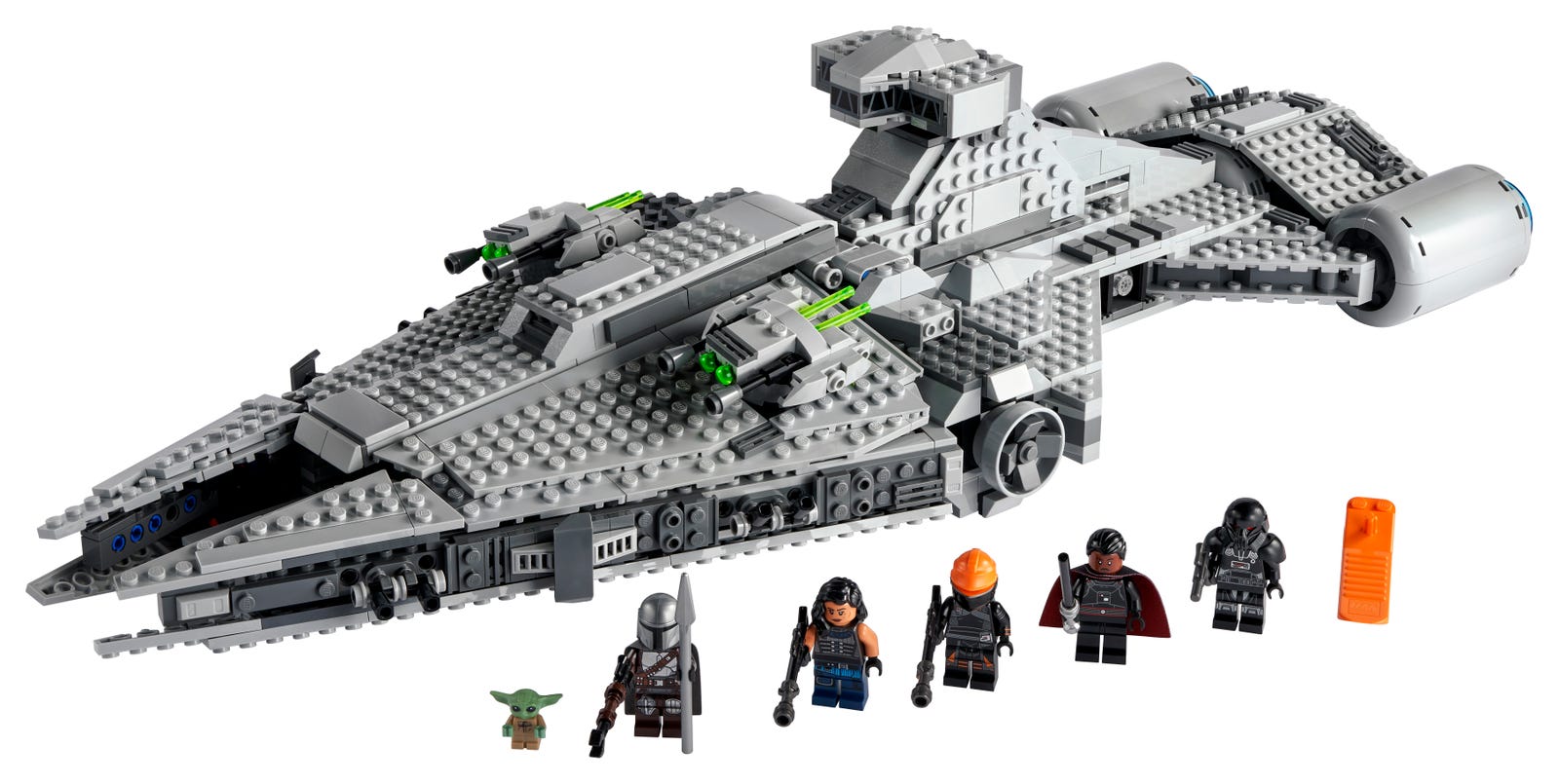 The final set is the Imperial Light Cruiser aka Moff Gideon’s ship. It’s 1,336 and costs $160, but appears to be worth all the money and time that will go into it. It has great features like defense turrets that fire studs and even a couple of TIE Fighters that can launch from the hanger areas. There are also five minifigures: Moff Gideon, Cara Dune, a Dark Tropper, Grogu, and the Mandalorian.

These sets will be available for purchase on August 1 so gather your coins and get ready to add to your collection.