Nintendo and LEGO teamed up earlier this year for an innovative take on Super Mario. They created a real-life version of the game made up of blocks. Now they’re leveling up their partnership and giving us an entire system. LEGO’s newest buildable set is a working recreation of the original NES.

And this collectible console even comes with an ’80s style TV set for maximum authenticity.

The LEGO Group has announced its all-new, mechanically functional LEGO Nintendo Entertainment System Building Kit for adults. The 2,646-piece set “offers a brick-built NES model packed with realistic details, including the accompanying 1980’s style LEGO television set.” It also comes with a controller and connecting cable. Players can plug and lock the wire into an opening slot in the console. The accompanying buildable Game Pak cartridge can also be inserted into, just like with a real NES.

The buildable retro TV also features a flat 8-bit Mario figure who can run across the scrolling screen. In total, the television stands over 8-inches high, 9-inches wide, and 6-inches deep. Players can turn a handle on the side of the TV to make Mario dash across a level. He can also be cheered on by his 3D LEGO Mario predecessor. “Fans can scan an included action brick with LEGO Mario from the LEGO Super Mario Starter Course, so he reacts to on-screen enemies, obstacles and power-ups just as he would have in the iconic Super Mario Bros. game.” 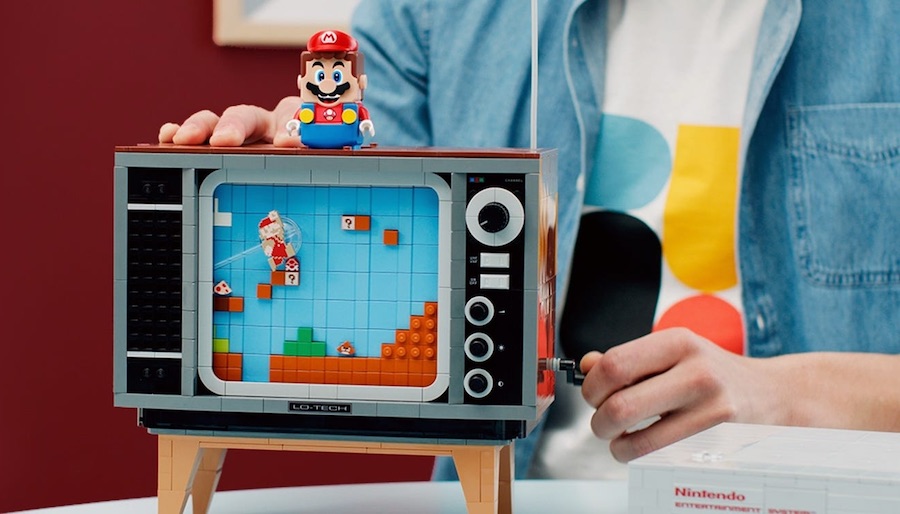 “Super Mario has been a cherished figure in the gaming world for over thirty years now,” said Maarten Simons, Creative Lead on LEGO Nintendo Entertainment System, in the official announcement. “Many adults still fondly remember that first time they saw Mario leap across the small screen, even if the graphics were a lot simpler than they are today. With the LEGO Nintendo Entertainment System, we’re letting them truly indulge in that nostalgia, recreating one of the most-loved consoles of all time so they can see the Super Mario from their childhoods once again – and even to share the experience of gaming in the 1980s with their own children.”

This buildable console and TV is the latest product to result form the partnership between the two companies. The initial Super Mario Starter Course set with a LEGO Mario figure got a series of Power-Up Packs in May. That was followed by an announcement in June with the game was getting Expansion Sets and collectible Character Packs. 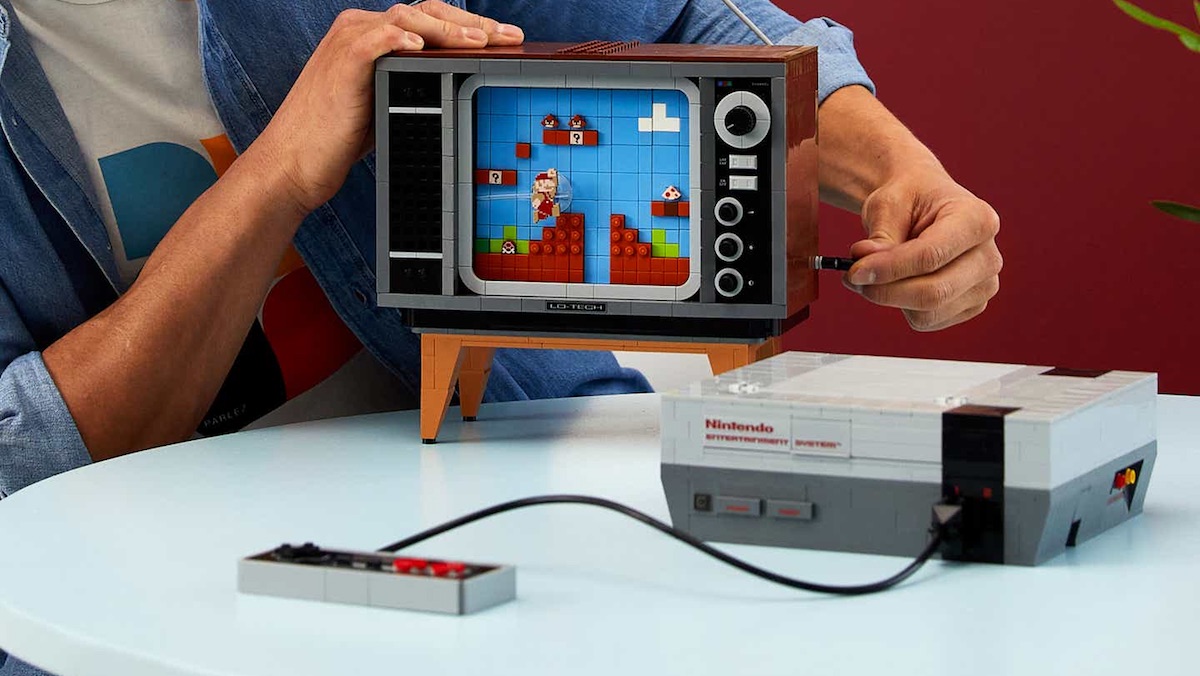 The only question we have is what comes next? LEGO and Nintendo went from a game to an entire console with a TV. Can we get a LEGO Mario Kart next?