We haven’t seen any shape-shifting game consoles yet on Transformers… But we bet they’d be the coolest robots around. Until the franchise enacts this awesome idea, fans are doing it for them! In a story that we first saw on technabob, YouTuber Moko Brick Laboratory channel transformed a nostalgic LEGO Nintendo Entertainment System set into a Game Boy robot.

This LEGO Game Boy Robot is one clever design. In their video, the Moko Brick Laboratory channel walks users through how the original set becomes a “Gameboy Robo.”

The original LEGO Nintendo Entertainment System is pretty cool to begin with. It includes an “ authentic reproduction of the game console, controller, and Game Pak cartridge, plus a retro-styled 1980s TV.” The buildable Game Pak cartridge can actually be inserted into the console. And the TV allows gaming fans to turn a crank and “play” 8-bit Mario. But LEGO bricks are made to be formed and re-formed. The original kit brought the past into the present. But now, the past is heading to the future. Maybe one day we’ll all be playing video games using robots, Pacific Rim style.

First, the original NES system upgrades to a LEGO Gameboy. Then the Game Boy becomes a robot. If Nintendo was looking for a new mascot to feature, this would certainly be a safe bet. It incorporates two separate Nintendo gaming systems and then takes them to the next level! The Game Boy looks right on the money in both of its forms. 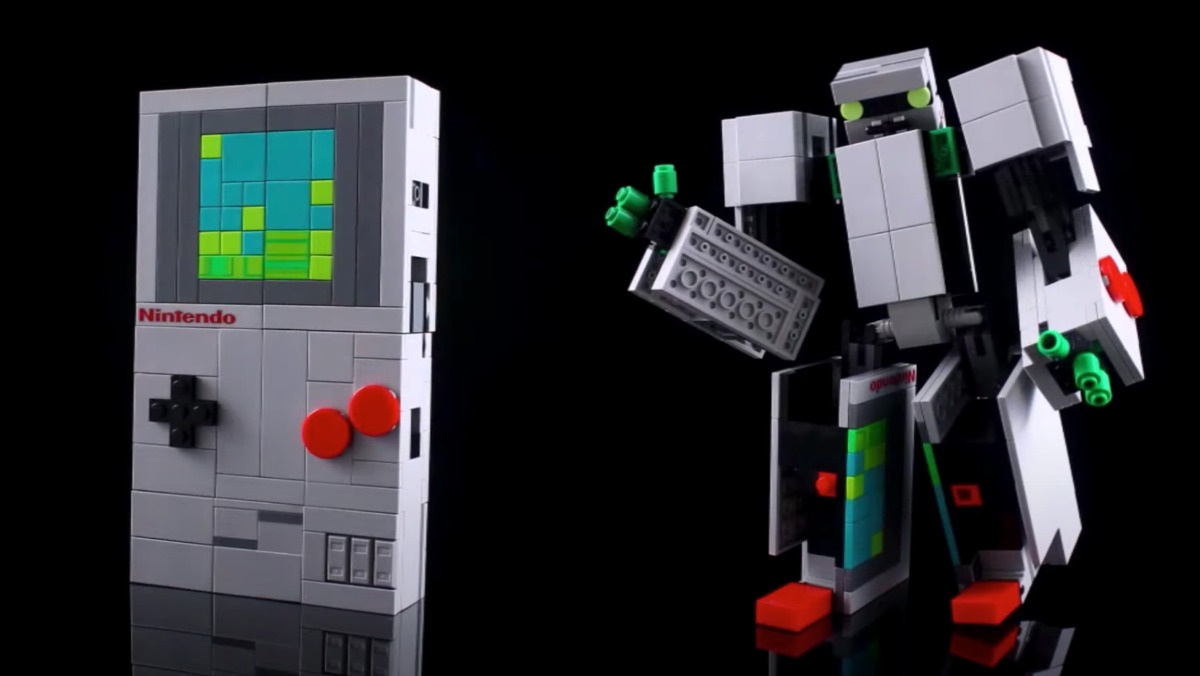 Although neither the original LEGO set nor the LEGO Game Boy Robot is actually playable, they certainly illuminate a cool design feature. If LEGO made some buildable consoles or controllers, they’d have a massive hit on their hands… Especially if they included optional robot transformations. It seems like a great crossover between the world of physical and digital gaming. In the meanwhile, our imaginations will have to do the trick.

BREAKING BAD’s Super Bowl Commercial Has Landed in Full, Yo!