In a preprint paper recently posted to the open archive, arXiv, researchers say that LIGO will possibly be able to detect wormholes. The researchers say LIGO, a gravitational wave observatory, could detect the ripples in spacetime produced when a wormhole swallows a black hole. This means, despite the fact that wormholes are hypothetical at this point, we may be able to find them in reality.

Emily Conover of Science News had a nice piece on our gravitational waves from a Wormhole-Black hole binary. Punchline, GWs possibly detectable in LIGO-Virgo.@emcconover @sciencenews https://t.co/R9yN4q4hsm

The paper says black holes passing through a wormhole’s “throat” will produce chirps and anti-chirps. Chirps are spacetime-fabric ripples that crescendo in frequency before fading away. Anti-chirps are reverse chirps—they would begin at a lower frequency and then crescendo— and would be unique to wormholes.

A wormhole is a hypothetical tunnel connecting two disparate points in the fabric of spacetime. But it does so in such a way that a trip through it would take less time than it would through normal space. These tunnels, if they exist, have a black hole at one end and a white hole at the other. In contrast to a black hole, a white hole is a spacetime region where objects could exit but not enter. (Wormholes are explained in more detail in the video above, which is unrelated to the research.)

Although wormholes may indeed exist in reality, it would require exotic matter to create them. In order to stay open, wormholes would need to contain matter that repels rather than attracts other matter. But while this exotic matter has been detected in quantum physics experiments, it’s unclear if enough of it can remain in one place at a time in order to create a wormhole. 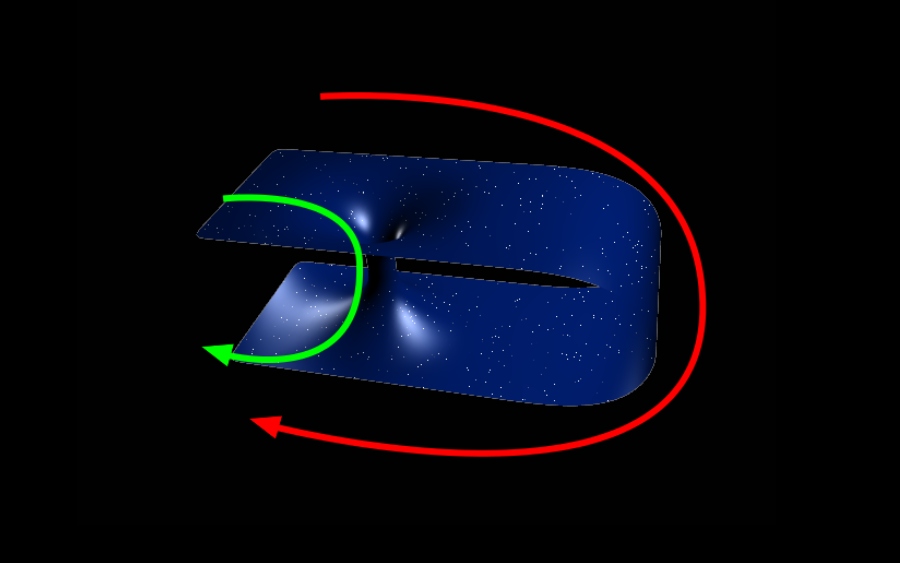 Moving forward, it’s likely only a matter of time before researchers use LIGO to detect wormholes. While scientists have used the gravitational wave observatory to detect phenomena like black hole mergers, they will eventually turn it toward finding more exotic cosmic objects.

What do you think about the possibility of LIGO detecting wormholes? Do you think we will indeed find that the exotic cosmic objects exist in reality? Let us know your thoughts in the comments!