There’s something about gigantic industrial machinery that inevitably intrigues imaginations and leaves mouths agape. Whether that be humungous 3D printers that can make full-size boats, or something a little more state-of-the-art. Like this LEGO Technic bridge-building machine, for example. Which, while not a real industrial machine, still inspires with its ingenuity and supremely happy minifigure builders.

Laughing Squid picked up on the LEGO bridge-building machine, which Canadian YouTuber The Brick Wall created. The Brick Wall, for those unfamiliar, is behind a ton of other wild LEGO Technic creations. The YouTuber has in the past, for example, made a pizza factory that actually makes real pizzas. As well as a machine that prepares tapas.

Apparently The Brick Wall set his lust for food machines aside for this build, and turned to more infrastructural concerns. (Because who doesn’t have two separate surfaces that are just begging to have LEGO connecting them?) And while it’s unclear which IRL machinery the YouTuber was basing his own build on, he does say his “LEGO bridge factory” is a new kind of bridge-construction machine. One with telescoping support towers and a dual installation mechanism. 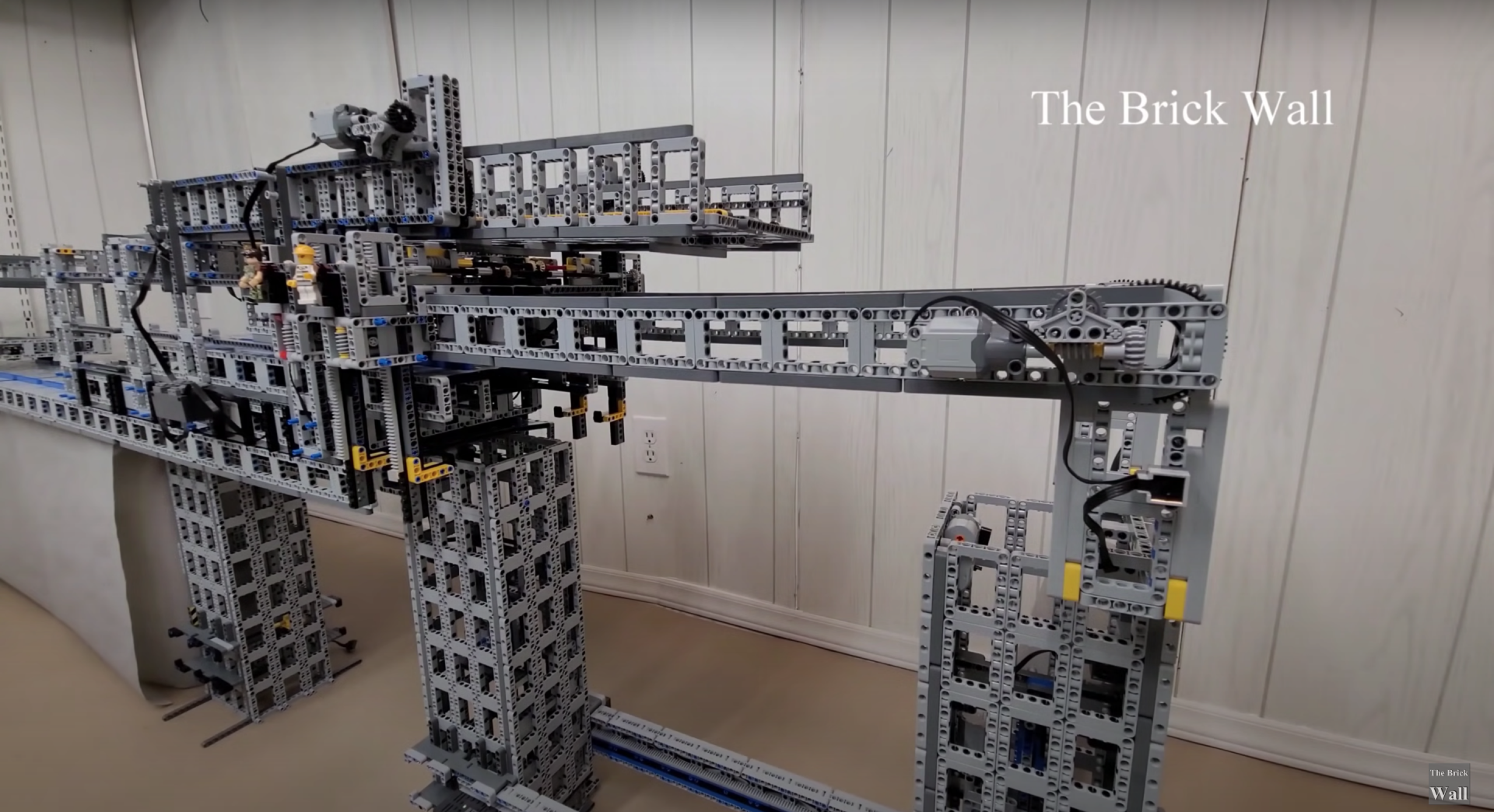 The Brick Wall says that, in all, the bridge spans six feet across, and about 20 inches tall. The expert brickhead also says the project included 18,000 pieces and required eight weeks of build time. Which actually seems kind of impressive for such a complex machine. Maybe The Brick Wall should be a consultant for IRL industrial builders. We’ve always wanted a sandwich maker the size of the Chunnel anyway. 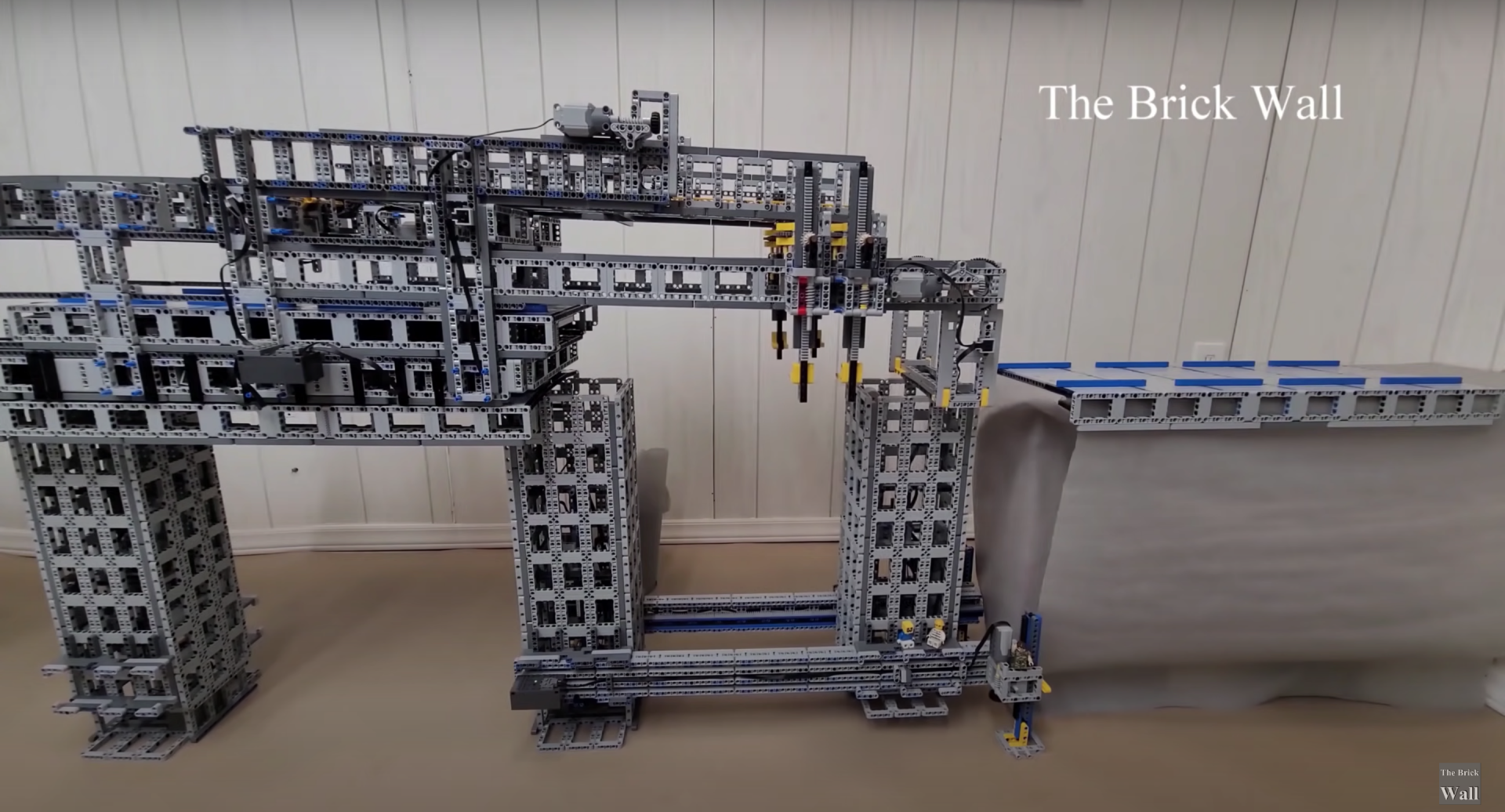