The Young Adult category is more popular than ever with various series burning up the bestseller lists every week. The world of YA has also found great success in the world of comic book storytelling too. And now Legendary Comics is forming a new Young Adult imprint, called Legendary YA. This new imprint sets out to tell untold, original, character-driven stories. All of them across myriad genres from emerging and veteran artists. 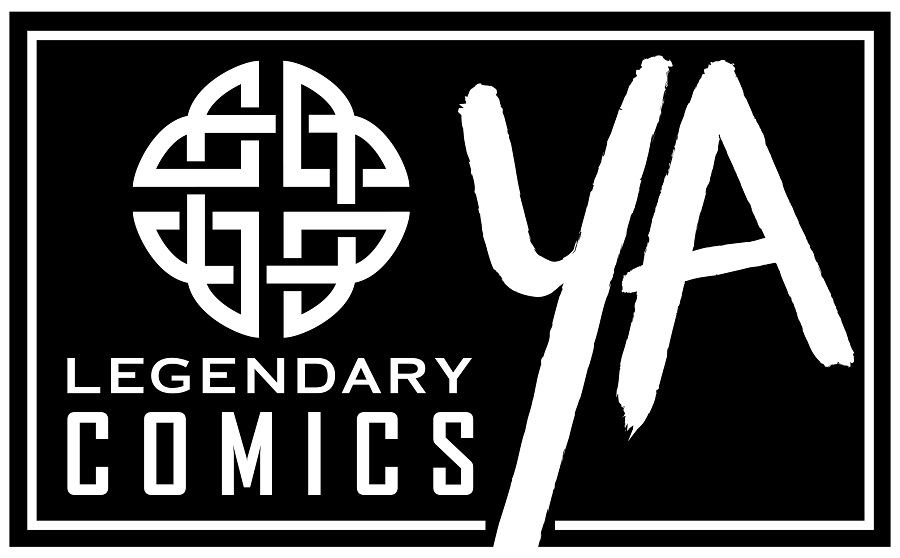 Legendary Comics YA is launching with a commitment to amplify new voices, spotlight diverse perspectives, and seek out passionate talent telling authentic stories. The new imprint gives emerging and veteran artists a platform to share stories never told before and retell classics from a new point of view. All in the hopes of transporting readers to other worlds that span a range of genres, from fantasy to historical fiction, and beyond. Here are the first five offerings from this exciting new line of original graphic novels. 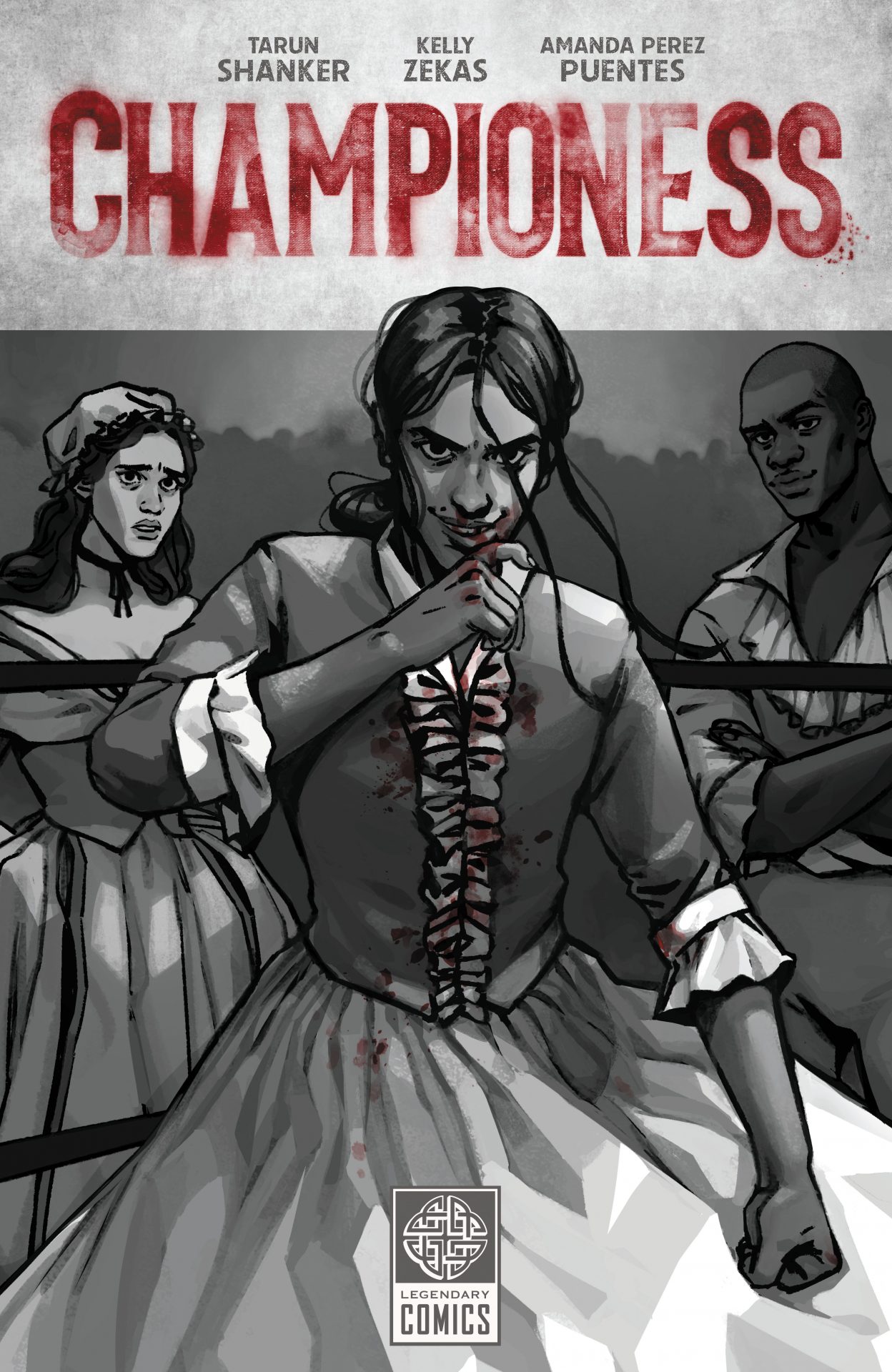 Based on the true story of Elizabeth Wilkinson, a female bare-knuckle boxer in 18th century London. Elizabeth, reimagined as half-Indian, and her sister Tess struggle to make ends meet and cover Tess’ debts. While Elizabeth works odd jobs at the local newspaper, the only way she knows how to make enough money to help them survive is her true passion: bareknuckle boxing.

With Tess’ support, Elizabeth trains at the boxing facility of one of the most famous retired boxers and the only real fight promoter of any notoriety, James Figg. As Elizabeth trains with Figg and James Stokes, she confronts her personal demons of what destroyed her family and comes to terms with being the first half-Indian female boxer in a white male world. Writers: Tarun Shanker and Kelly Zekas. Artist: Amanda Perez Puentes. Championess is available now. 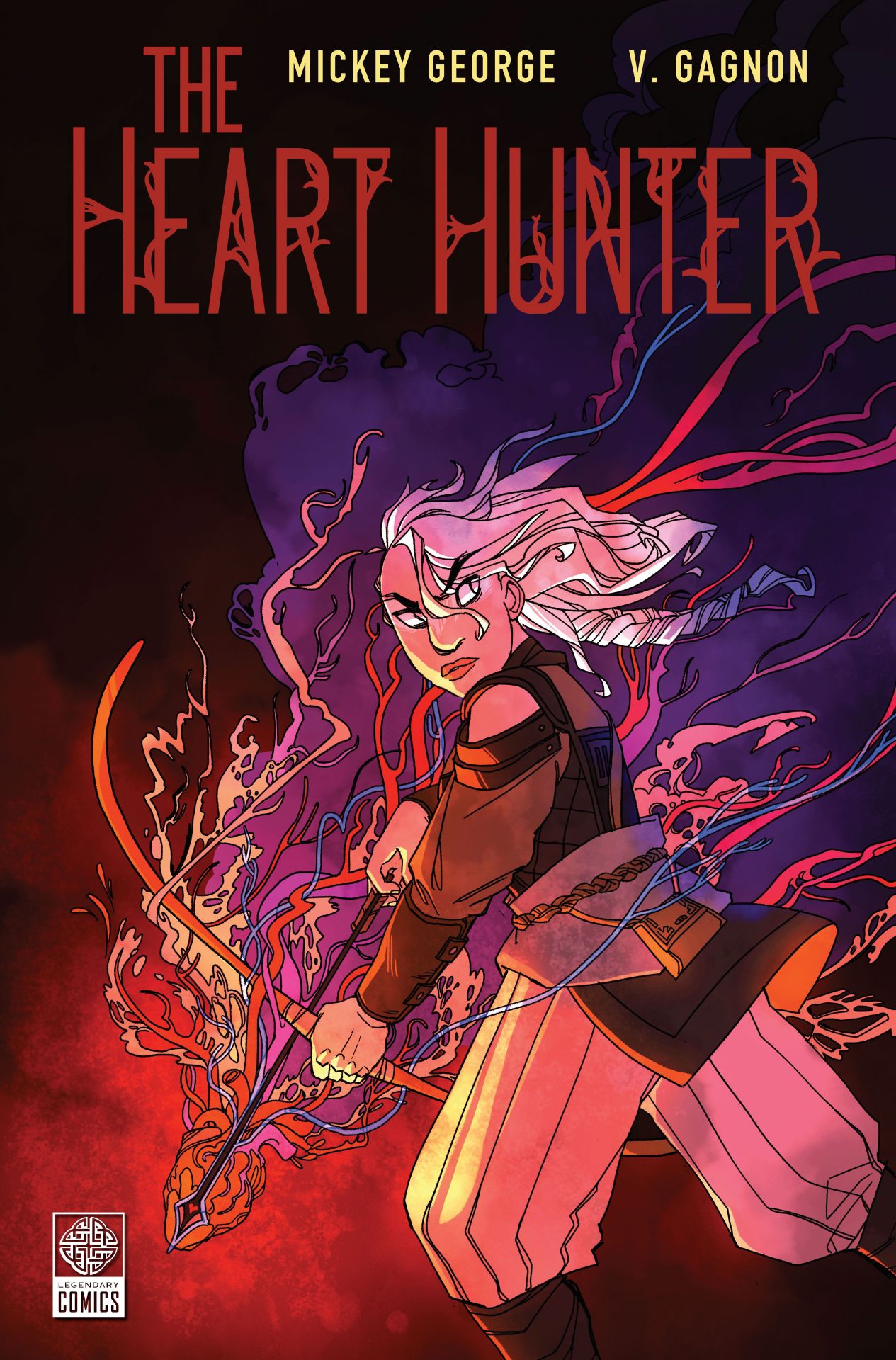 The Heart Hunter is set on the cursed island of Envecor, where all are doomed to wear their heart outside their body and are immortal—unable to die, to change, to have children—until they find their soul mate. Paired soul mates are then turned mortal, freed from the curse, and able to leave. But all fairy tales have a dark side: those who don’t want to lose their immortality pay “Heart Hunters” to find their soul mates and kill them so they may remain immortal. The king hires Psyche, a Heart Hunter, to kill his soulmate. She begins her own journey of mending her broken heart and learning to trust again. Writer: Mickey George. Artist: V. Gagnon. The Heart Hunter arrives on August 3, 2021. 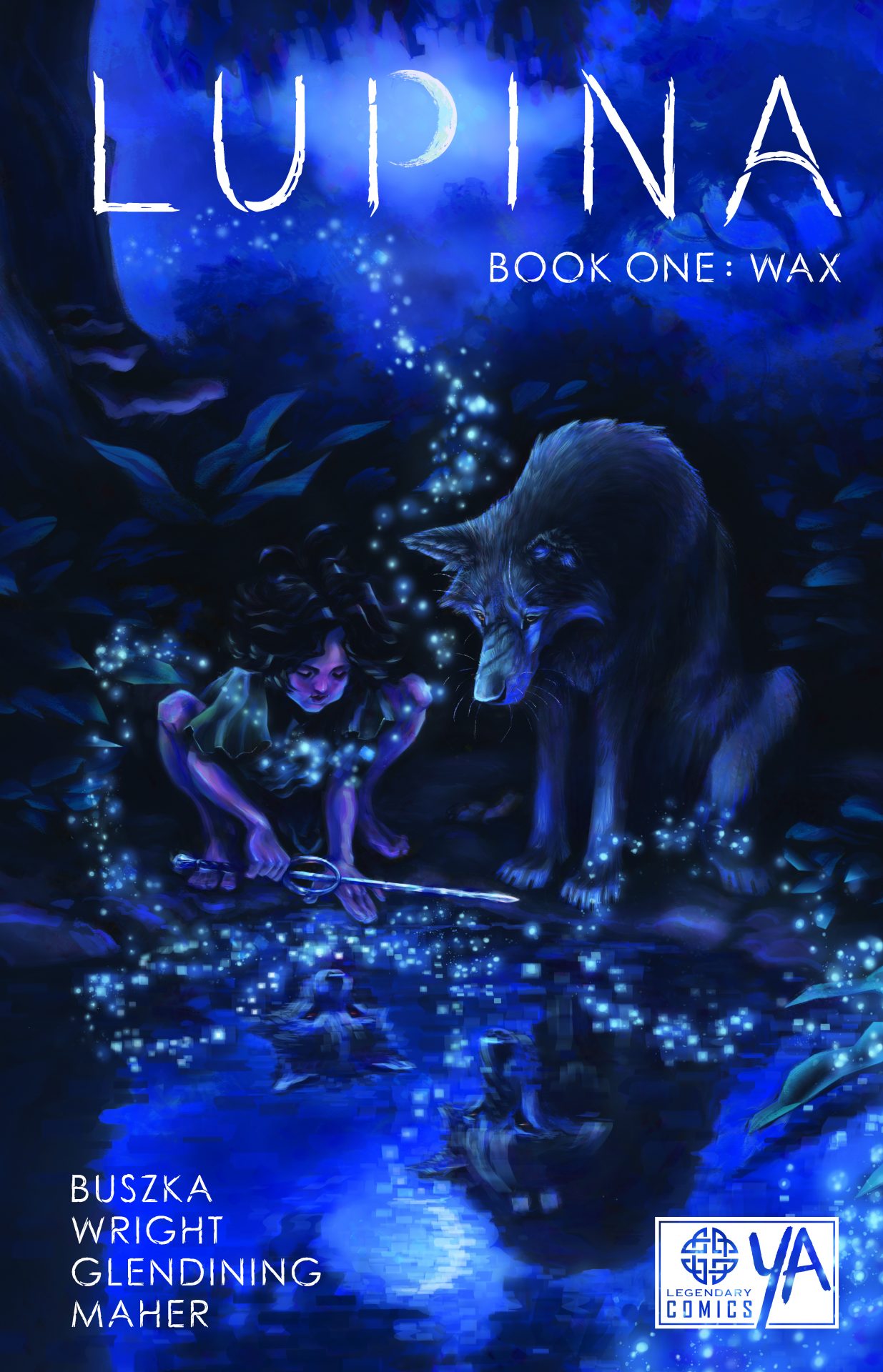 Lupina is a six-part captivating saga about a young girl on a journey of revenge with her wolf companion. Welcome to the coastal town of Kote, recently brought under the yoke of the Addalian Empire. There, four-year-old Lupa spends her days getting bullied by her older sister and hiding behind her mother’s skirts. But when tragedy strikes, Lupa finds herself alone in a new world. Alone until she’s found by the she-wolf Coras and sets off on a journey of discovery. And revenge. Writer: Eisner Award-nominated writer James F. Wright. Artist: Li Buszka. Lupina arrives September 9, 2021.

The Witches of Silverlake 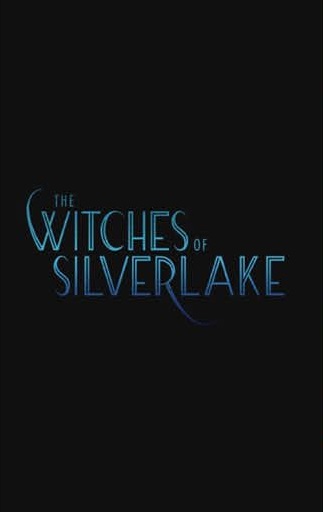 This is the story of Elliot Green, who moves across the country to start high school in one of Los Angeles’ most prestigious private schools. He’s quickly taken in by the school’s outcasts.  The scholarship kids; the queer kids; and the ones who just don’t really fit in with the glossy trust fund babies of SJTBA. They quickly let him in on their little secret. They are all, in fact, witches.

Elliot joins them in their world among the crystal stores and occult shops of Silverlake and ends up joining his new friends’ coven. During one of their magical experiments, they accidentally release a bloodthirsty demon. One that starts murdering their classmates and teachers. Elliot and his coven realize that the fun and games of playing with crystals and candles is over. Magic is powerful, real, and that it might be more dangerous than they’d ever imagined. Writer: Simon Curtis. Artist: Stephanie Son. Coming October 1, 2021. 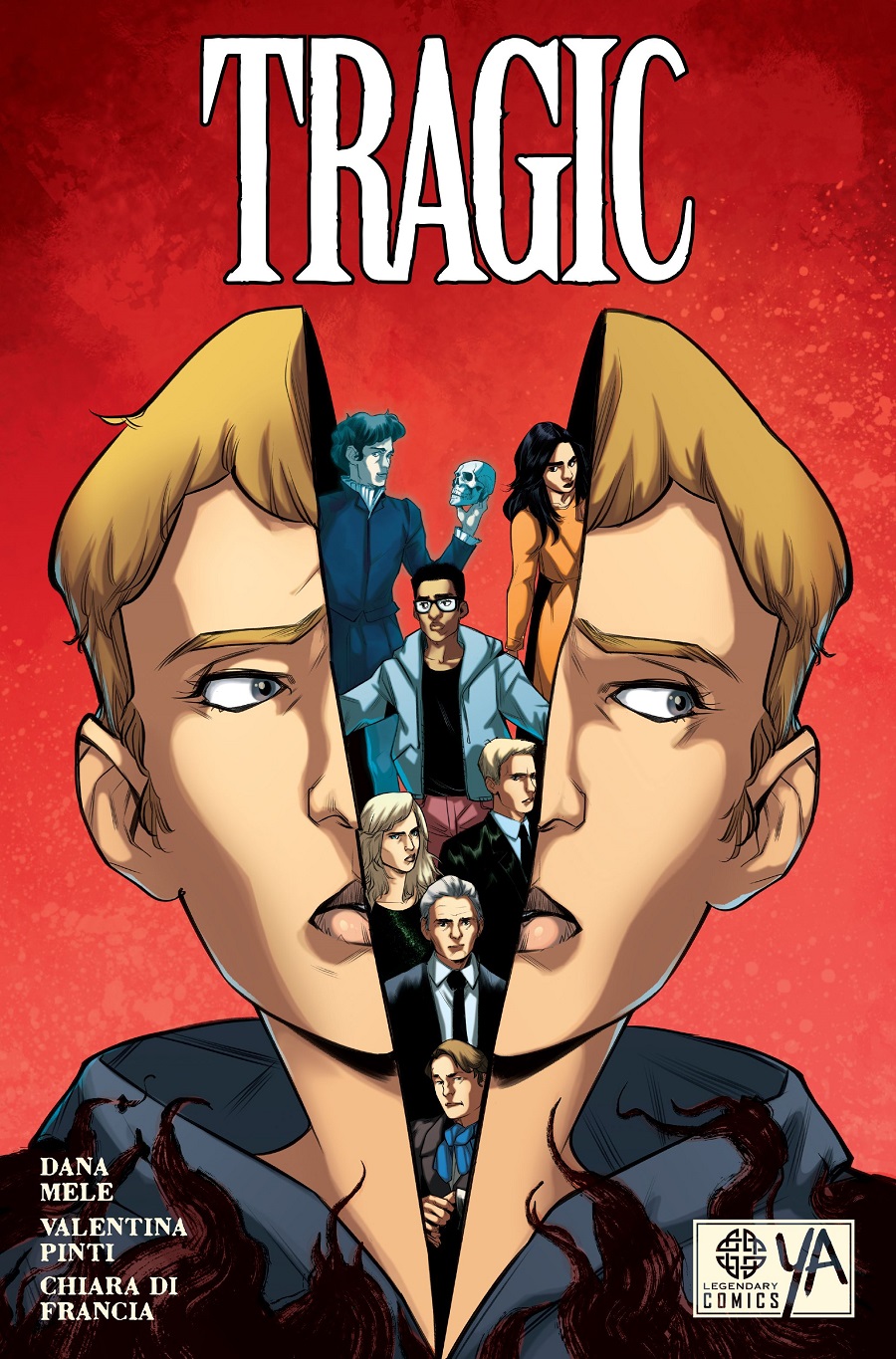 Tragic is a retelling of Shakespeare’s Hamlet from a queer lens and told through the eyes of 17-year-old Harper Hayes. After her father Hamilton dies a mysterious and tragic death, Harper believes it was murder. Her first suspect is her uncle, who has been sleeping with her mother. With the help of her ex-girlfriend Talia and her best friend (sometimes with benefits) Holden, Harper sets out to find her father’s killer.

But when Caius, Talia’s father and Hamilton’s business partner, is also found dead, Harper realizes the answer to Hamilton’s murder is more complicated . Harper begins to see her father’s ghost in the form of a teenage Hamlet everywhere. Soon, she starts slipping into hallucinations of his murder that end with blood on her hands, and one thing becomes clear. In order to uncover the truth about what happened to her father, Harper has to confront her own demons and ones that haunt the Hayes family. Writer: Dana Mele. Artist: Valentina Pinti. Colorist: Chiara Di Francia. Tragic hits stores on April 18, 2022.