The Walking Dead’s roster of survivors has certainly changed over the years. A nostalgic look back at the show’s early seasons comes with the sad realization that most of those people are long gone. One exception is Maggie (played by Lauren Cohan), whom we met way back in season two. Like her comic counterpart, Maggie’s evolution from a strong-willed fam girl to a bonafide leader and strategist is a winding story of anguish, hope, heartbreak, and perseverance. And, as we see in season 11’s premiere “Acheron: Part I,” Maggie continues to grapple with the past while actively fighting for a better future.

Maggie’s tense conflict with Negan (which comes to a terrifying breaking point in this episode), previous trauma on the road, and the general direness at Alexandria all culminate to put her in a dark place. It’s a concoction that Cohan says will significantly inform her decision-making this season. 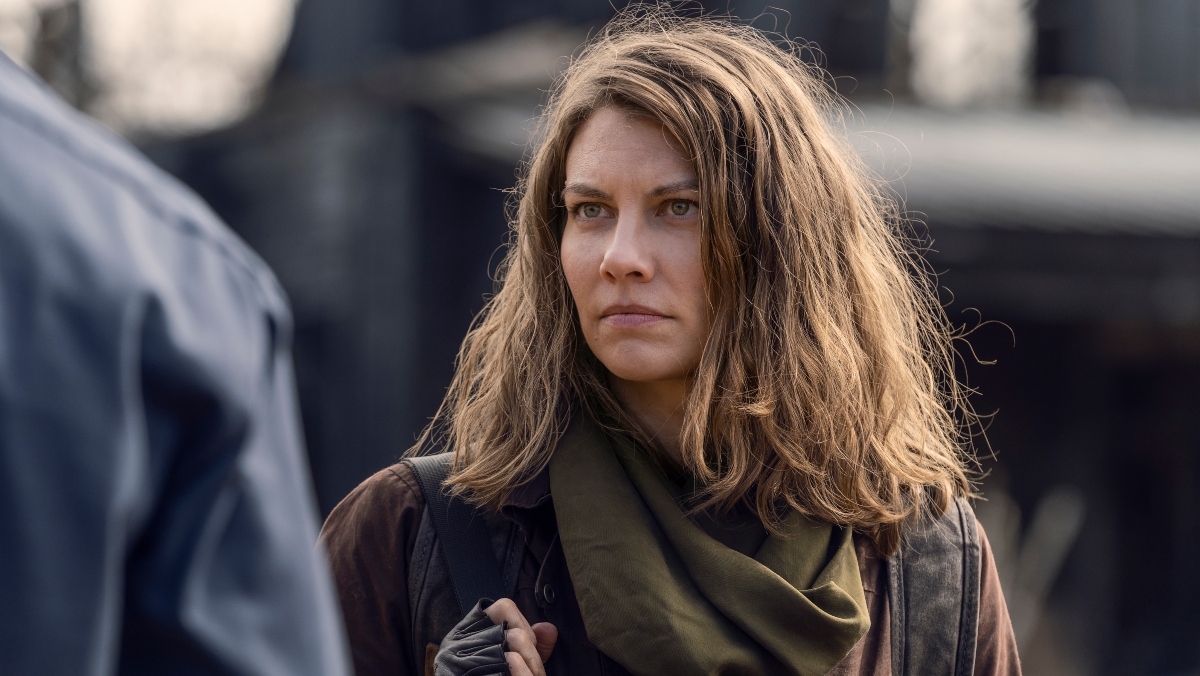 “I think it [will be] good in a lot of ways, as long as it doesn’t harden her to the point that she loses her humanity,” Cohan tells Nerdist. “I don’t think that she will [lose her humanity], but I know that it pushes her to that point… It’s been a really dark road these last few years. And I think that it takes seeing the darkest of the dark to protect the last pieces of hope. Keeping hope alive has been a consistent drive for Maggie. Being out on her own, protecting her son on their own, and going from one apparent fail to the next has restored her faith and in what can be found and rebuilt in Hilltop and Alexandria.”

Obviously, Hershel is a driving force that reminds Maggie of the innocence and good in this world. He’s the reason she is risking it all to rebuild Alexandria and maintain a semblance of hope. But the lack of true resolution with Negan is a major barrier now that she’s back in the community. Cohan believes the pathway towards Maggie moving forward lies in something that is simple on the surface: an apology.

“[Negan] has harped on about what he’s done, but he has never apologized,” Cohan states. “It’s a nuanced situation. Maggie doesn’t want her hate for Negan to pull her down and drag her to the depth of her personal hell. There’s the question [to herself] of how to rise above this and keep doing good things for the bigger picture. And I like that this is what she’s trying to do.” 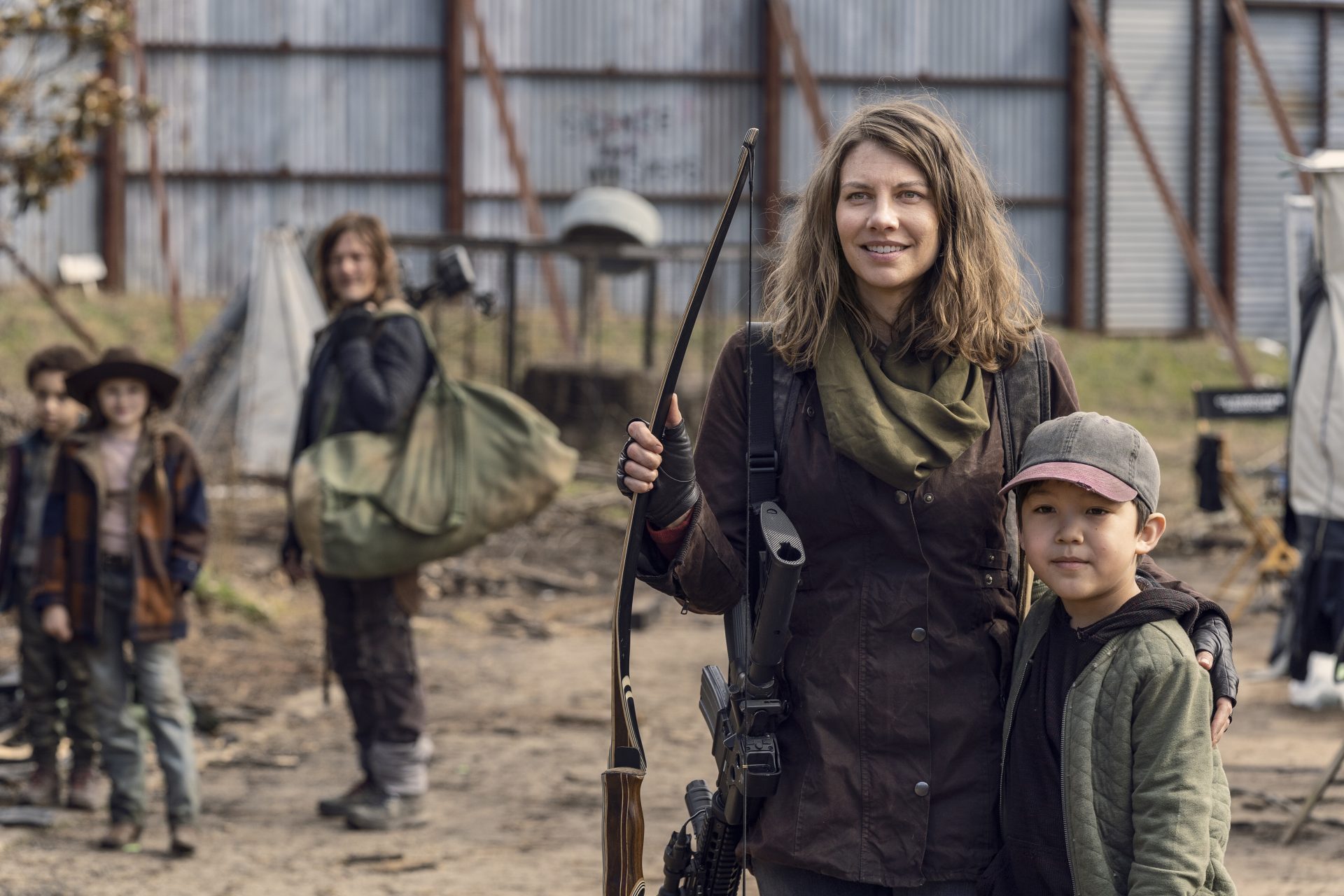 If Maggie’s track goes in the direction of the comics, then she will be stepping into yet another leadership position. The Walking Dead comics end with an older Maggie as the President of the Commonwealth, a relatively happy ending in this world. While Cohan remains mum on Maggie’s future in the TV Commonwealth arc, she does hope that Maggie and her comrades will find joy after so much sorrow.

“I honestly want to see people change and I want to see them find a way to build something sustainable and happy and nourishing and worth living in,” Cohan says. “I want to see good things happen.”

But, that final journey to happiness (if it happens at all) is still a long way from now. This season certainly isn’t sunflowers and rainbows. It wouldn’t be a stretch to say that everyone is having a terrible time right now. Cohan accurately describes Maggie’s current experience as a “ dark night of the soul” moment. 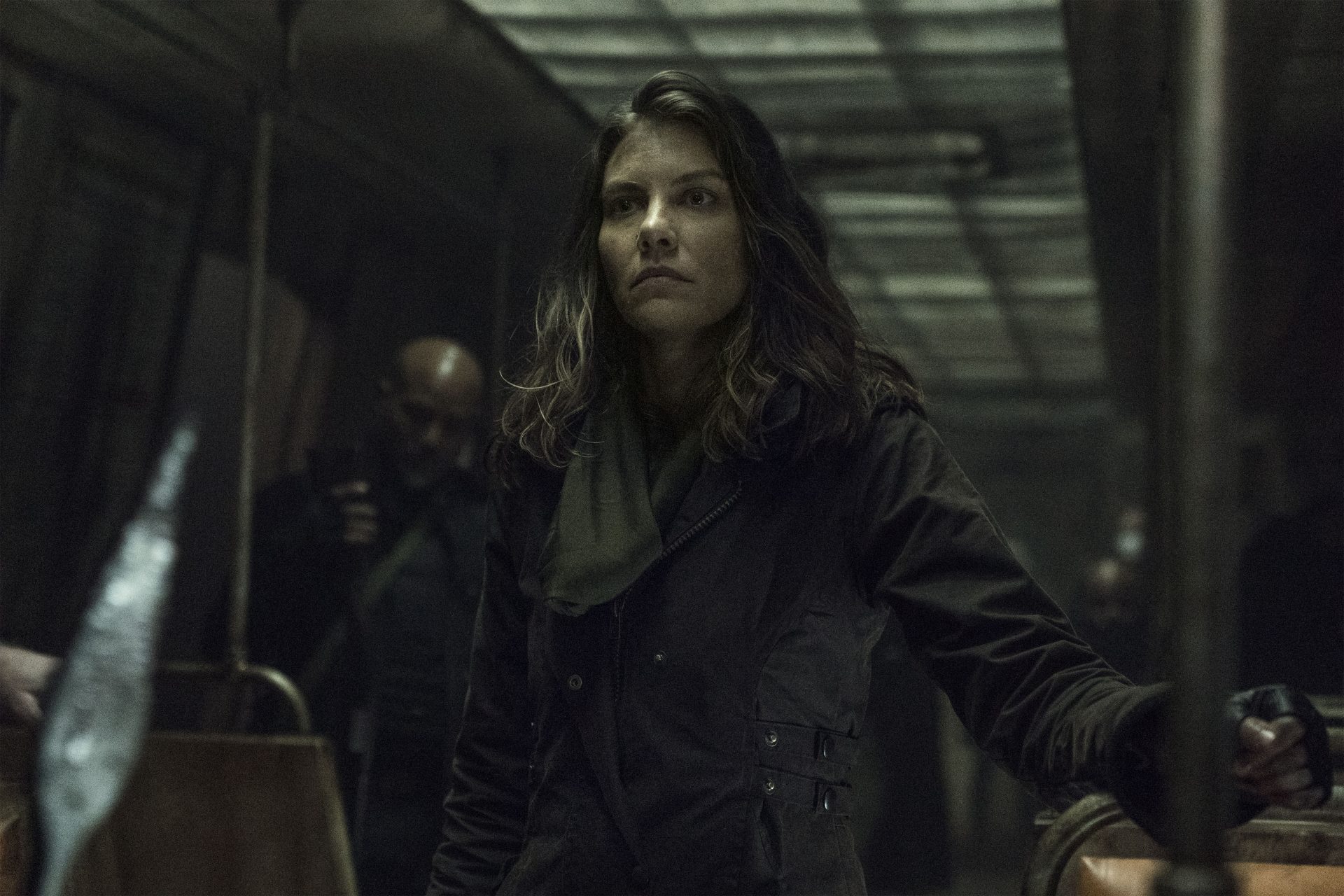 It’s a period of life full of deep despair and suffering. Things are on the brink of becoming unbearable with feelings of stagnation and overwhelming frustration. But, Cohan is hopeful that her residual flashes of resilience and determination will become something greater.

“I think [things may go] into the nastiest most hopeless track and something good is going to be born from it. That’s what I really feel. It’s like this little seed. And there’s just a tiny little sprout. But [she has] to feed it.”

Right now, things are anything but hopeful for Maggie after Negan leaves her for dead. But, we get the very strong feeling that she will come out of this dustup unscathed (and angry). And she will rise to the challenge of providing a stable future for Hershel and her apocalypse family. Because she’s the formidable Maggie Rhee.