THE WALKING DEAD Fills in Details About Maggie's Travels - Nerdist

THE WALKING DEAD Fills in Details About Maggie’s Travels

The Walking Dead’s first bonus episode is here, and it’s all about Maggie Rhee. Fans have been curious about her life and adventures in the past seven-ish years since Rick’s “death.” What, exactly, was Maggie doing with Georgie? This episode, aptly titled “Home Sweet Home,” answers those questions through an insightful conversation with Daryl.

Maggie, Daryl, and Kelly team up with two of Maggie’s new friends Elijah (a.k.a. the masked man) and Cole for a mission. The group heads to a safe house to bring Herschel and people from Maggie’s recent community into Hilltop after their community’s destruction. Of course, this cannot happen because Hilltop is a pile of burned rubble and dead bodies.

It’s honestly heartbreaking to see Maggie’s face as she processes this loss. So, this new group (and Maggie) will have to become a part of Alexandria. It’s an interesting and sad twist considering Maggie hasn’t been an Alexandria resident since Glenn’s death. She’s coming back to her original community as a completely different woman. And she’s got quite the story to tell about her own trauma during the Whisperer war. 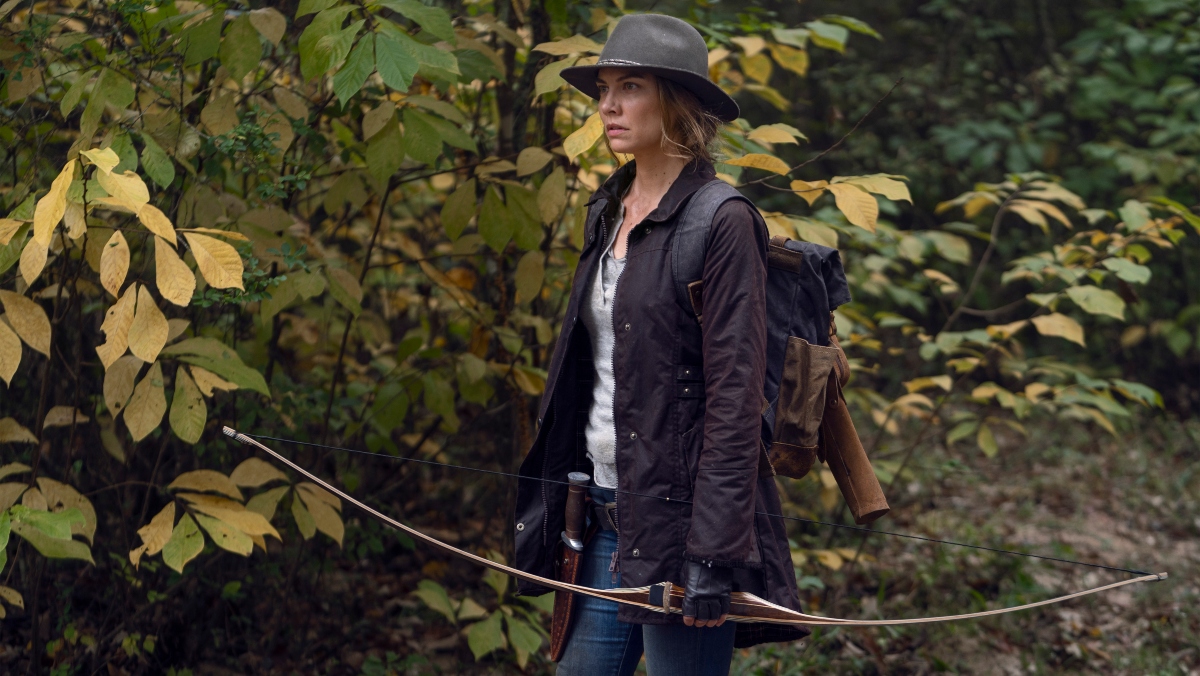 Maggie later reveals to Daryl that she’s indeed been with Georgie; however, it is not in the way that anyone expected. Maggie and Georgie’s crew went out traveling and spreading their community building knowledge to other struggling survivors. She admits that every place they went became a disaster, indicating that there was death and destruction along the way.

The conversation reveals that she went as far as Knoxville a couple of years ago. The closest Knoxville to Alexandria is the one in Tennessee, which is a nearly 500-mile trek from home. Georgie and Maggie split up, with the former heading to “a city out West” while Maggie stayed with her son. Soon after, the community “fell” for some undisclosed reason and Maggie took off with her son. Most of the people died and Maggie hasn’t seen Georgie since then.

This tidbit about Georgie is interesting considering most fans thought Maggie was simply living the good life at Georgie’s community. We don’t get any information about this group’s (previous?) home base, numbers, or travel radius. Perhaps Georgie’s group is 100% transient at this point. 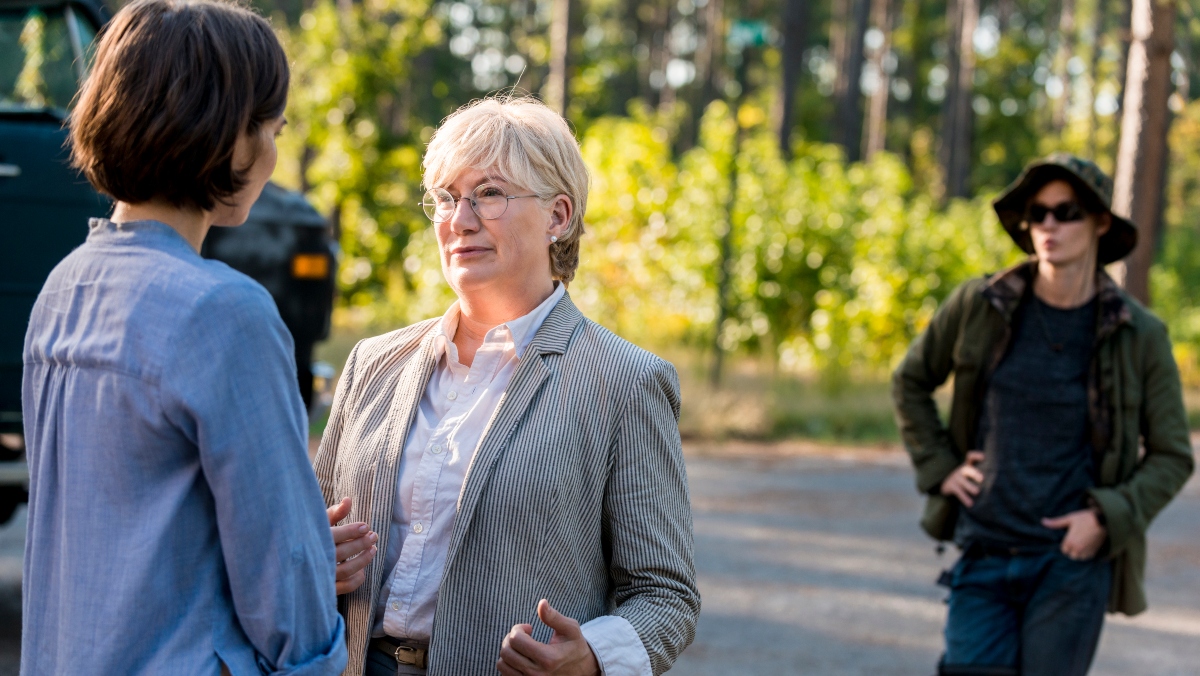 It would have been cool to follow Maggie’s footsteps and see where she went onscreen; but considering COVID-19 filming restrictions, that would have been hard to pull off with so many people and location changes. The pandemic surely forced the series to go against the “show don’t tell” mantra to convey information. This does set up the potential for Maggie’s story to be told in print or perhaps in her own series one (post-pandemic) day.

Maggie doesn’t name the “city out West” but it could possibly be a tie to TWD: World Beyond. In case you aren’t familiar, this show starts off at Campus Colony, a fortified and progressive city built on Nebraska State University’s campus in Lincoln. The community is defunct now but two years ago it would have certainly been on Georgie’s radar.

Georgie doesn’t make an appearance on the spin-off series. So, for now, we don’t know if she made it or perhaps ran into some trouble of her own. It wouldn’t be surprising if we never hear from her again because, well, people die and disappear in the apocalypse. 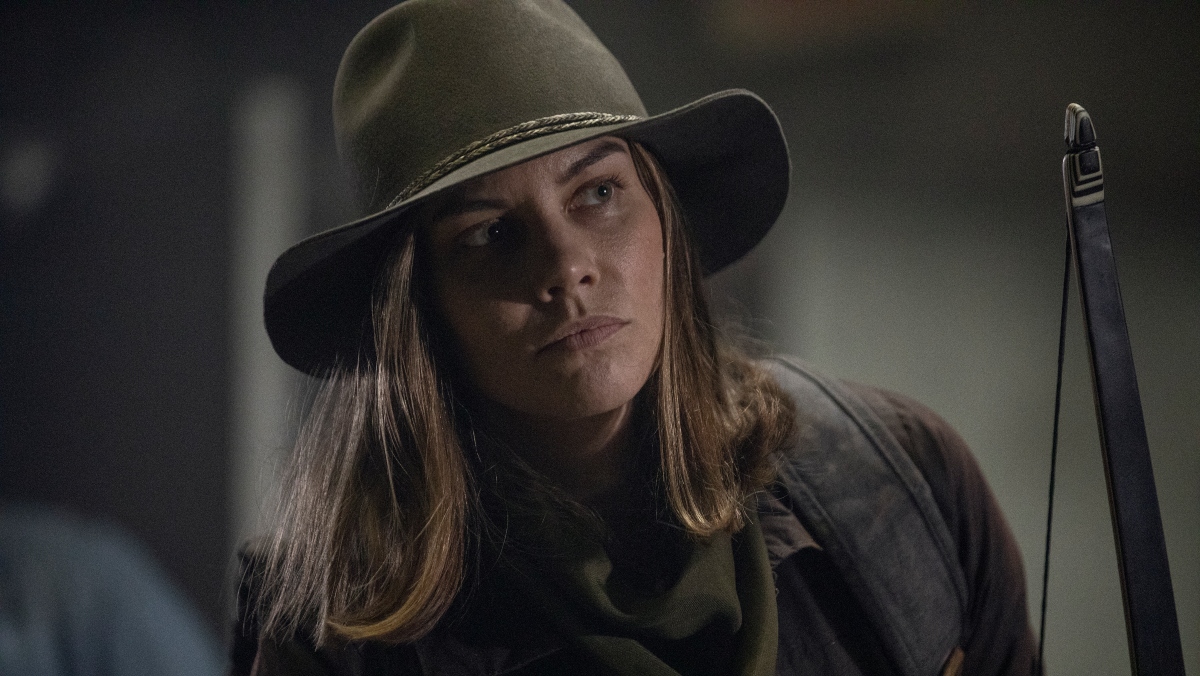 The conversation also reveals that Maggie feels guilty about not being there for her people during the Whisperer War. She says she should have come home after the events in Knoxville; but she took a detour with Herschel to her Nana’s house by the ocean. This marks the first time we have heard about a Greene family member who wasn’t at the farm in season two. It’s a fond memory that brings a small smile to her face. This is the place where her and Glenn considered going after Beth’s death.

Again, we don’t get a location confirmation but we can assume it’s somewhere in Georgia. Way back in season five, Rick’s group was still in the Atlanta area when Beth was kidnapped and eventually killed at Grady Memorial Hospital. They were also not as open to exploring the world as they are now, so Maggie and Glenn likely wouldn’t have considered going to, say, Florida or South Carolina. It’s also possible that Maggie’s Nana could have died prior to the apocalypse (explaining why she never went to search for her) and her home was vacant when the outbreak hit.

The thought of Maggie returning to Georgia is another spin on the episode’s title. To our knowledge, none of the OG survivors have gone back to their home state to reflect on their previous lives. The Georgia coast is a good stretch from Atlanta but that doesn’t mean that Maggie didn’t take the even longer way back to Virginia and show Herschel where their family’s farm once stood. (And where she fell in love with Glenn.) 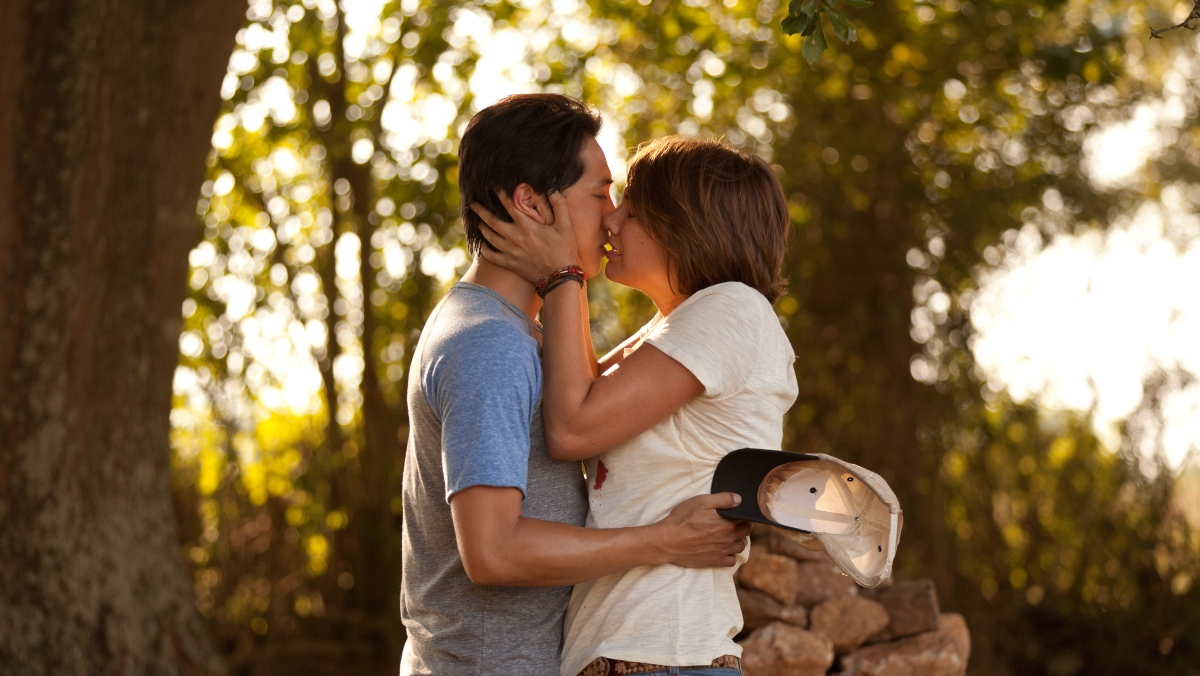 It would have been incredible to see that location again and what it looks like so many years in the future. Some people may wonder why Maggie wouldn’t try to stay and rebuild the farm. The answer is simple: it’s no longer her home, nor where her friends and family are anymore. The apocalypse is over a decade in and the Maggie who lived on that farm doesn’t exist anymore.

Now, Maggie is back with Herschel as a full-time Alexandria resident. It will certainly cause some friction because Maggie is used to being a person in charge; she will likely want a seat at the Alexandria council table. And she’s still seething about Negan being alive while others at Alexandria have accepted him as a community member. Will Maggie actually stay for good or will she end up choosing the road again? Let’s see how it all pans out.