Whether at a dinner party or on a first date, you’ve probably had to answer the old “if you could live in any time in history” question. If your answer is any time pre-penicillin, you’re wrong. But few would probably think “London in the 1960s” is anything other than a great, super swank answer. The music, the fashion, the art in general; it was a very cool and hip time. It’s easy to romanticize this bygone era coming up on 60 years removed, to think it was so much better than now. If Edgar Wright’s Last Night in Soho is to be believed, it was maybe worse.

Last Night in Soho is at once a love letter to film, music, and style of the 1960s and a cautionary tale about succumbing too much to their supposed glamour. Living in the past is dangerous, whether you actually lived through it or not. Wright and co-writer Krysty Wilson-Cairns weave an interesting, mostly effective narrative about a girl both literally and figuratively out of step with her present, focusing instead on the shadows of yesteryear. Some of those shadows are darker than others. 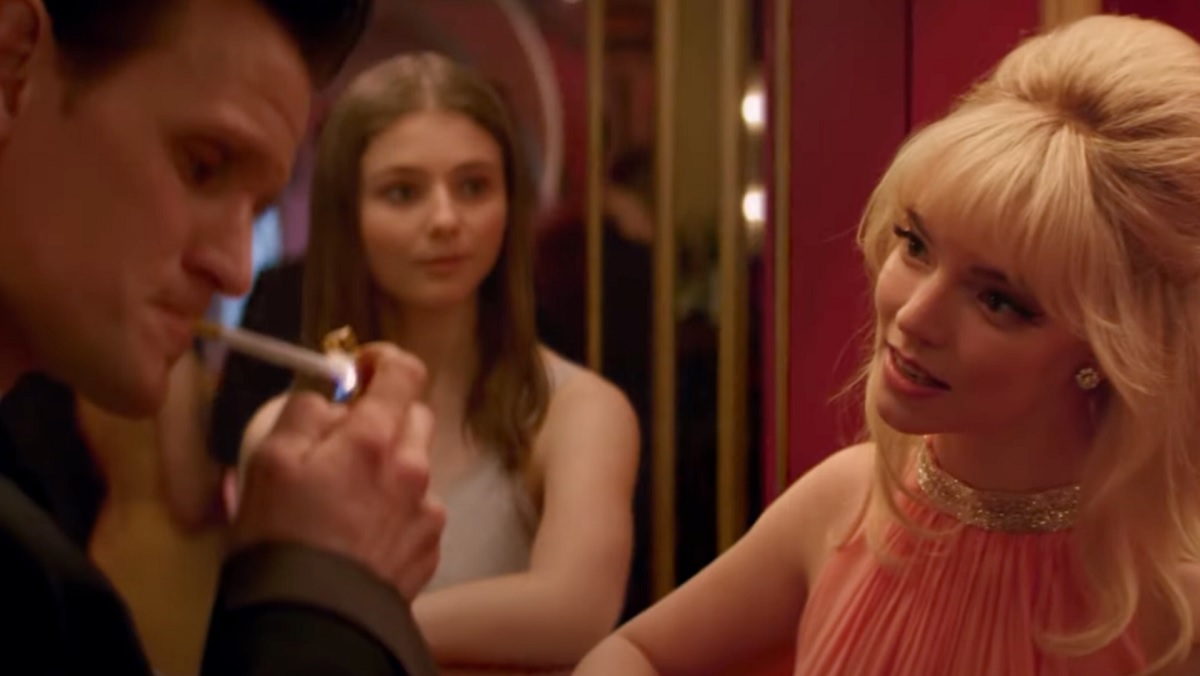 Thomasin McKenzie plays Ellie, our heroine, obsessed with everything about the ’60s. She lives a relatively simple life with her grandmother (’60s icon Rita Tushingham). But soon, she gets accepted to attend a prestigious London fashion design school in Soho. After arriving, she finds that her whole vibe doesn’t really go with the fairly nasty girls in her dorm. So, she finds a bedsit for rent in an old building. The owner (Dame Diana Rigg, obviously another ’60s icon) seems nice enough, and Ellie loves the room. The one hiccup, not mentioned in the advert, is that each night after going to bed, Ellie finds herself suddenly transported to the 1960s. She travels to the past as the mirror reflection of a gorgeous young woman named Sandie (Anya Taylor-Joy).

Sandie, we quickly learn, is an aspiring singer. She fearlessly attempts to put herself in front of the owner of the hottest club in town. First, however, she has to win over Jack (Matt Smith), a talent manager. He’s suave, dashing, and a little bit dangerous, which Sandie (and Ellie) find irresistible. As visions of Sandie’s life overrun Ellie’s nights, her days in fashion school find her replicating Sandie’s style, both in designs and in her own look. She gets a job at a pub when her new lifestyle becomes too expensive, which introduces Ellie to a number of colorful characters, including a pervy older gentleman (Terence Stamp, just another ’60s icon). 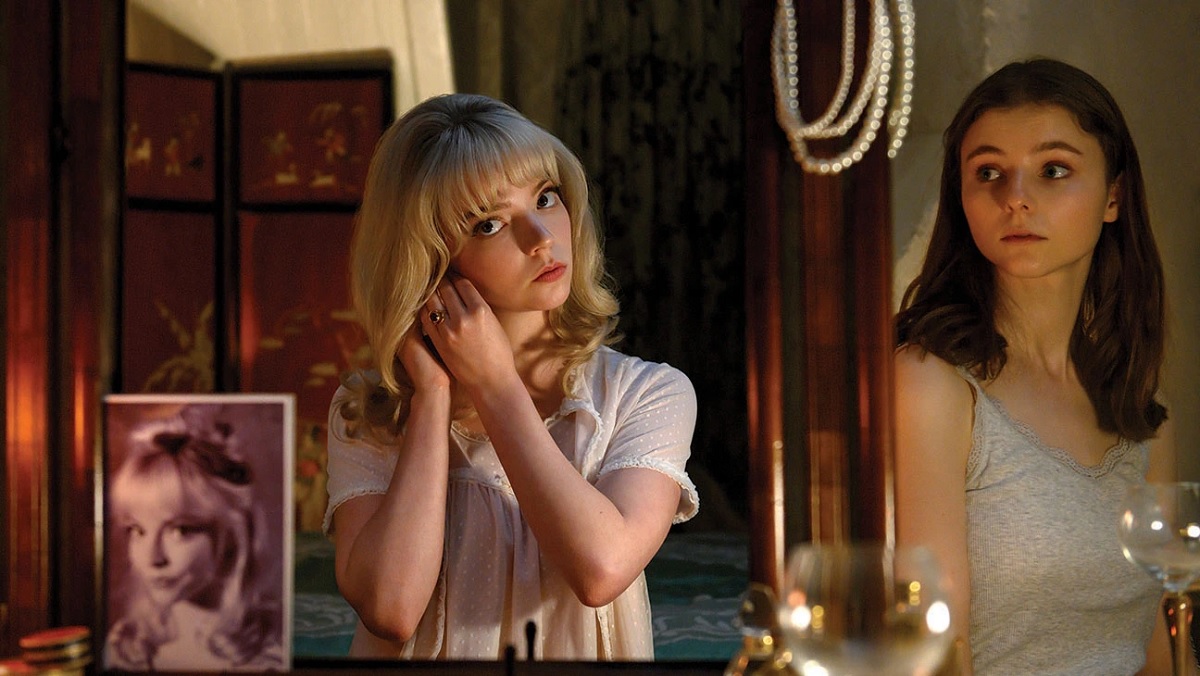 Naturally, the good times don’t last forever. Ellie’s visions of Sandie and Jack take a dark turn and the dream world (if it is a dream) begins to bleed into Ellie’s waking life. A mystery arises about Sandie’s existence and solving it becomes Ellie’s sole pursuit. Even if everything else in her life begins to fall apart.

Wright has always infused horror into his films. Obviously Shaun of the Dead is a horror comedy, but both Hot Fuzz and The World’s End have heavy horror elements along with the action, sci-fi, and comedy. Last Night in Soho is a fantasy-drama with comedic elements that steadily march toward horror as the runtime continues. It never lets up once the horror starts.

The scenes of Ellie inhabiting Sandie’s life are easily Wright’s most impressive. He keeps finding ways to put Sandie near a mirror and for doubling to put Ellie in a version of the action. The first scene in the nightclub in particular is sumptuous, allowing the vibe of the swinging ’60s to wash over the screen with vibrant colors and lavish staging. You want these scenes to last forever, which they of course can’t, which is of course the point. 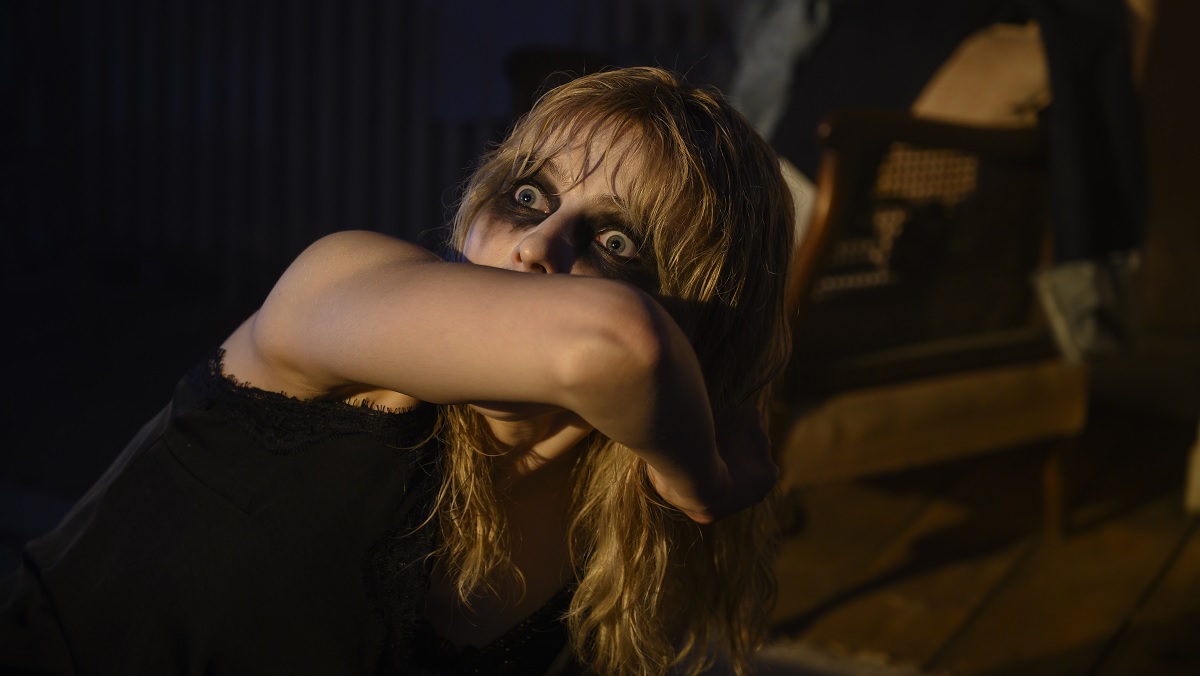 While the entire setup and execution works incredibly well, once the mystery and horror take over, it loses a bit. I was surprised to find the care and attention paid to the dream not carry over into the nightmare. Which is a shame considering the movie’s theme is nostalgia for the past never living up to reality. The picture book version of 1960s Soho feels much better realized than the seedy reality. And I have to say, the mystery at the movie’s center didn’t do much to hold my interest once it took control.

This is not to say the horror doesn’t work at all. Wright’s visual acuity is too good not to enjoy visual references to Mario Bava’s colorful murder set pieces in Blood and Black Lace or Roman Polanski’s claustrophobia in paranoid thriller Repulsion. He creates these striking, expressionistic tableaux which hearken back to a number of classic horror films and styles. The scares are effective, and stronger than you might expect. But I couldn’t help feeling like the story itself took the easy way out more than once despite set-ups that feel like they might be more poignant and complex. 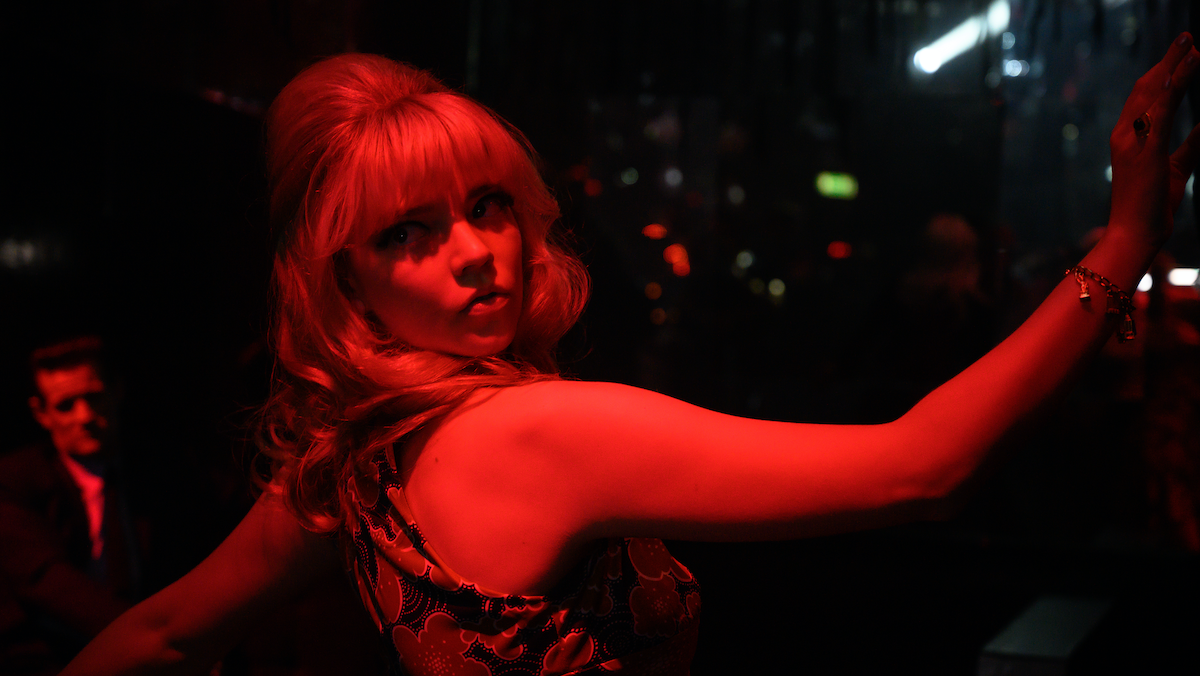 Misgivings aside, I still greatly enjoyed Last Night in Soho, and I hope it ushers in a new era in Wright’s filmography. One where he can branch out from direct references into something with more to say. It definitely has more substance than Baby Driver, but it can never quite get out of the trap of all that 1960s style.