The hard part about having a destiny is living long enough to actually make it happen. Square Enix’s Shadow of the Tomb Raider will complete the new origin story of Lara Croft by revealing the final adventure that shaped her identity. And it’s going to be up to gamers to see Lara through one of her deadliest missions to date.

Earlier this week, the new E3 trailer for Shadow of the Tomb Raider set the stage for a potential Mayan Apocalypse that may actually be unleashed by Lara herself. Now, a new gameplay demo illustrates some of the options available to Lara if she can become “one with the jungle.” But first, Lara and her companion have to survive a harrowing plane crash. Warning: this clip has some very NSFW language!

The video demonstrates that Lara can pull off some shockingly brutal kills while carefully taking out Trinity operatives in the jungle. The emphasis appears to be on stealth, as Lara blends into the shadows and covers herself in mud to blend into the environment. Lara can even climb trees to evade patrols and turn Trinity’s goons against each other with a few well timed tricks. The footage also teases an encounter that Lara will have with some of the jungle’s big cats. 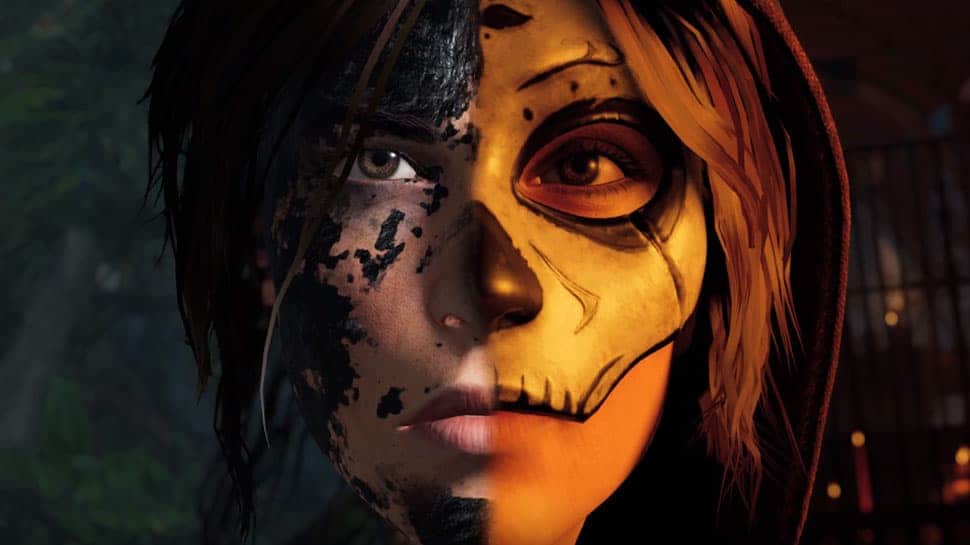 Shadow of the Tomb Raider will be released on September 14 for PlayStation 4, Xbox One, and PC.

What do you think about Lara Croft’s deadly new skills? Share your thoughts in the comment section below!