Michael Almereyda’s Tesla is a marvel. The film is an anachronistic take on the life of Nikola Tesla, the inventor and electrical engineer known for his contributions to the modern alternating current electricity supply system. Ethan Hawke plays Tesla like a raw nerve. He buzzes with knowledge and ideas and expresses his inner turmoil through a karaoke rendition of Tears for Fears’ “Everybody Wants to Rule the World.” It’s certainly not for everyone, but if you vibe with the strange magic of Tesla, you may even see into the same impossibly alive stratosphere the geniuses depicted did.

Another of those geniuses is Thomas Edison, played by Kyle MacLachlan in the film. The inventor isn’t portrayed as the stark villain to Tesla’s story like you’d expect. Instead, their relationship is explored through imaginary conversations and ice cream fights, a strange but poignant depiction of two men whose daring intellect and ambition made them the legends they are today.

Kyle MacLachlan recently chatted with Nerdist about the film, stepping into the shoes of such a famous man, working with Ethan Hawke, and his ongoing relationship with David Lynch. 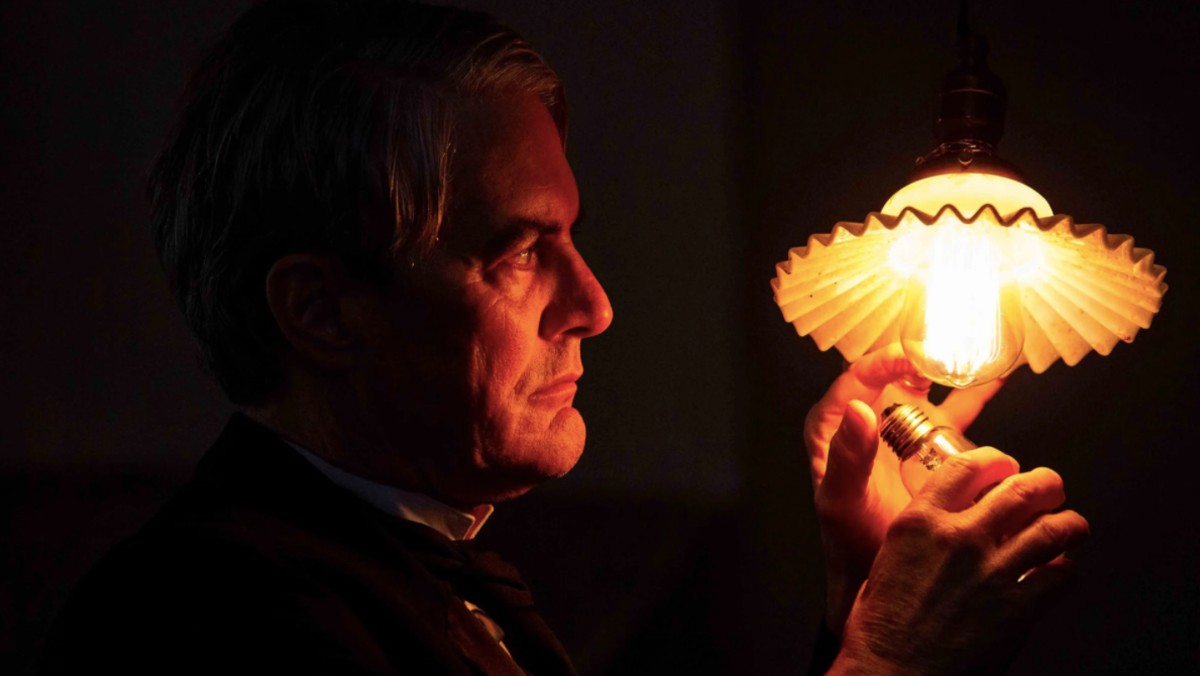 Tesla is a really unusual film, in that it’s an alternative take on a biopic. I’m curious at what point you were brought onto the project and what about it interested you?

Kyle MacLachlan: I came in kind of late, although I had been aware of it because of conversations with Michael [Almereyda] for a number of years. He was talking about wanting to bring this to the screen, a story about Tesla. It’s been a passion project for him for 20 years, maybe more. So it’s been around. I like to say he was waiting for me to get to the proper age to play Edison, but I don’t think that was his reason. [Laughs]

But it was a number of things. I too love the take and this particular form of storytelling. You learn the history of the men, what they created. But you also really get a sense of who they might have been as people. That to me was the most interesting thing and the most challenging, I think, because so much of the literature about them is a dry story of the inventions and a chronological breakdown of what they did. Part of the fun of being an actor is all the research. You get to learn everything and put yourself in a position and imagine why they did what they did. I think both Ethan and I really enjoyed that process of pulling apart these people and trying to put them back together in a way he and I could understand.

There’s a great line in the film where someone says of Edison, “He talks to everyone but is incapable of listening.” It’s one of many of those personal things you allude to, where we learn about the man behind the myth. Was there anything else in your research that stood out or surprised you about Edison?

KM: [Michael] wasn’t interested in making Edison a villain, which he’s often portrayed that way in regards to Tesla. He was very, very good at a number of things. As an inventor, of course, but even more so as an inventor who was able to improve upon existing ideas. The idea of the lightbulb had been around for a number of years. But he was really the one who said, “I see a future for this and I want to turn this into something that is available for the common person.” But instead of stopping there, he said, “And I want to create the system of delivering the electricity that’s going to run this lightbulb.” So in terms of a businessman, the guy was really rock solid. That was brilliant, because that’s really where you’re going to make your money.

Finally, he [made something like] 1,000 failures, or as he’d say, 1,000 steps in the development of the lightbulb. He had that kind of perseverance—I don’t know if uncommon or not uncommon—but at that time, he possessed it 100 percent, along with the ability to run a company, hire men, inspire them, keep them together and focused on a common goal. He was also a pretty crafty showman. He was able to present these ideas in a way that made them appealing to the masses. He was really functioning on a number of different levels, which was fun to learn about, apart from some of the mundane things. Like, he took naps every day. He was a workaholic, of course. It’s referenced in the film, but his wife had passed away and he was left with three children. It was shortly after that that he wrote a diary entry that I found incredibly helpful just in terms of getting inside his head.

In 1885, he was staying somewhere, and he’d write fanciful prose, highly intelligent but not scientific, about waking up and sensing something in the atmosphere, and then drifting off to sleep again. Just musings. I thought, “This is not what I would imagine an inventor being like at all.” He was kind of an artist and poet. These little nuggets of interesting qualities about the guy pop up, and then it’s my job of thinking, “How can I utilize that in the character?” The idea of the morse code [scene] when he was courting his second wife, Mina, was from that knowledge. It was a little bit of a playful side to him that you never get to see.

The film is very anachronistic and has such a strange but playful energy. I’m wondering if that translates to the set, as you’re finding characters in this unique way?

KM: There is an understanding that it’s an independent film and that we have to move quickly and assuredly throughout the way. Efficiency is really important. So there’s not a lot of time to dwell on a scene or get too intellectual with it. You have to move through. Most of that has already taken place in rehearsals or discussions beforehand. You kind of go with your first instinct, and depending on the setting and the scene, often times there are modifications that have to happen in dialogue or movement.

Michael’s really good with that, because he’s thought through it so much. Ethan, too; he’s done a number of independent films, as have I. Going in, you know kind of what to expect, so you’re not surprised or thrown. You adapt pretty quickly. It’s one of the things that I love about him, working on the scene. Because the scene is a moment where we can play a little bit. It’s not changing dialogue, but you might change intentions or things like that. He is definitely an actor who enjoys that, as do I, so you’re having fun more than you’re working.

Ethan Hawke is one of those actors you almost take for granted. He’s in so much and always so solid. What was it like working with him here, since Tesla and Edison have such an interesting and rich relationship—one that’s somewhat antagonistic, but also has a mentor-mentee dynamic?

KM: It’s definitely interesting, as sort of revealed in that one scene [where we throw ice cream at one another], which was a hoot to play. Both Ethan and I recognized in that scene what was happening. To play it absolutely seriously, so much of it has to do with precision and timing, just to make it work for the audience. But there was a lot of laughter between takes. We went through a few ice cream cones just because it was so much fun.

But yeah, he’s an actor who is just consistently good in whatever he does, and consistently watchable and compelling. And chooses interesting projects, and always brings more to the film that I think is expected. I’m even thinking back to Training Day and how wonderful he was in that opposite Denzel [Washington]. If I hear of something that’s being done and he’s working on, I see if there’s room for me. And this one, because of Michael—we’ve all worked together before on Hamlet. So that was one of the fun things about it, the idea of getting the band back together. 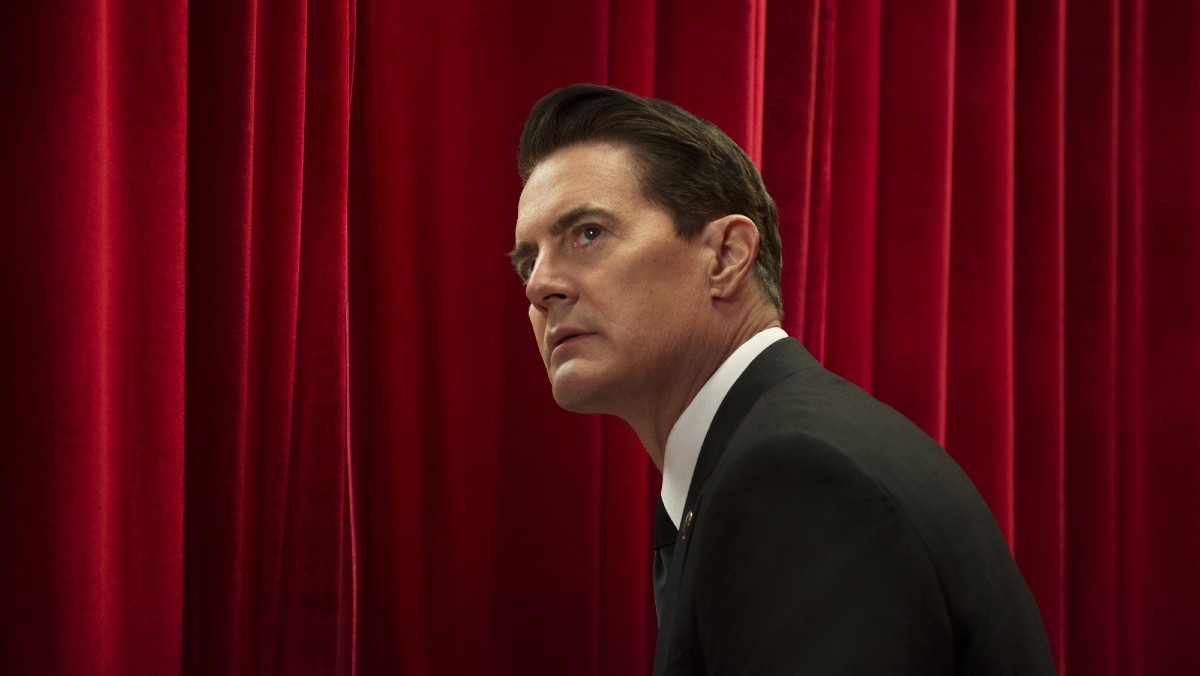 Speaking of Michael, I wanted to know a little bit more about the nature of your collaborations, and what it’s like working with him compared to other directors?

KM: Michael is such a joy. He’s so smart, he’s thought through the story and he’s lived with it, and he’s absorbed it and he knows it and he understands and every nuance. He creates an environment on set that is very comfortable, very easygoing, but at the same time, there’s forward movement. Not an urgency, just a steady pace forward in the necessity of getting it all done, which comes from working in independent film. He knows these characters so well. He’s just a wealth of information.

And most importantly, the information is always helpful because he’s thought through where the character is in his head, and he can explain it in a context which makes it easy as an actor to grab ahold of and make real. That’s one of his strengths. There are some happy accidents, but it comes out of really excessive knowledge of what is meant to happen. You can look forward to experiment based on how much you know.

I’d be remiss if I didn’t mention David Lynch. You’ve worked with him a lot throughout your career, and even something like this film—which dabbles in surreality—feels of a piece with your Lynchian work. You tend to gravitate towards things that are more unusual, and I’m curious if that stems from your work with him?

KM: I think it’s kind of a two-way street. There are directors and producers and writers who admire David so much. And I think, because of that recognition and because I figure so prominently in work that David has done, they reach out to me to join them on any particular journey. That was certainly the case in a couple of television programs and a couple of films. Just knowing that they were big fans of David. His influence on me covers my entire career, starting with the fact that he hired me for my first movie, Dune, then came back to me and asked me to be in Blue Velvet.

Truth be told, he actually gave me the script for Blue Velvet during Dune and we were going to go off and make that movie together. But when Dune came out and was not the success that everyone had hoped it would be, he had no real reason to return to me. But he believed in me. He’s responsible for the redirecting of my career into something a little more unusual, not quite so expected, not quite so obvious. I began to take this journey to this other side of film and television. Which I was really excited about. It’s really fascinating to me, and I think challenging. I’m proud of many of the things I’ve done and the journey I’m on with him. He remains a friend to this day and hopefully—I don’t know yet, but hopefully—there will be something we’ll be able to work together again on when we’re able to go back to work.

This interview has been edited and condensed for clarity.