The YouTube channel Kurzgesagt has released a new video that aims to answer the question: How many people has nuclear energy killed? And not only is the number likely not what you’d expect (it certainly wasn’t what we expected), but it’s also far lower than the deaths caused by other energy sources. Number one is probably obvious anyway, however.

For those unfamiliar, Kurzgesagt—German for “in a nutshell”—is a channel focused on using an “optimistic nihilism” to explain scientific topics. The channel has made countless explainers like this one previously, including ones that answer other significant questions; e.g. What would happen if humanity nuked the Moon?

In the video, the channel, using a truly profound list of sources, assembles a complete picture of the deaths caused by nuclear disasters. The video notes there have been 30 accidents globally, although most of them were minor. The two major ones, however, Fukishima in Japan and Chernobyl in Ukraine, led to serious loss of life. 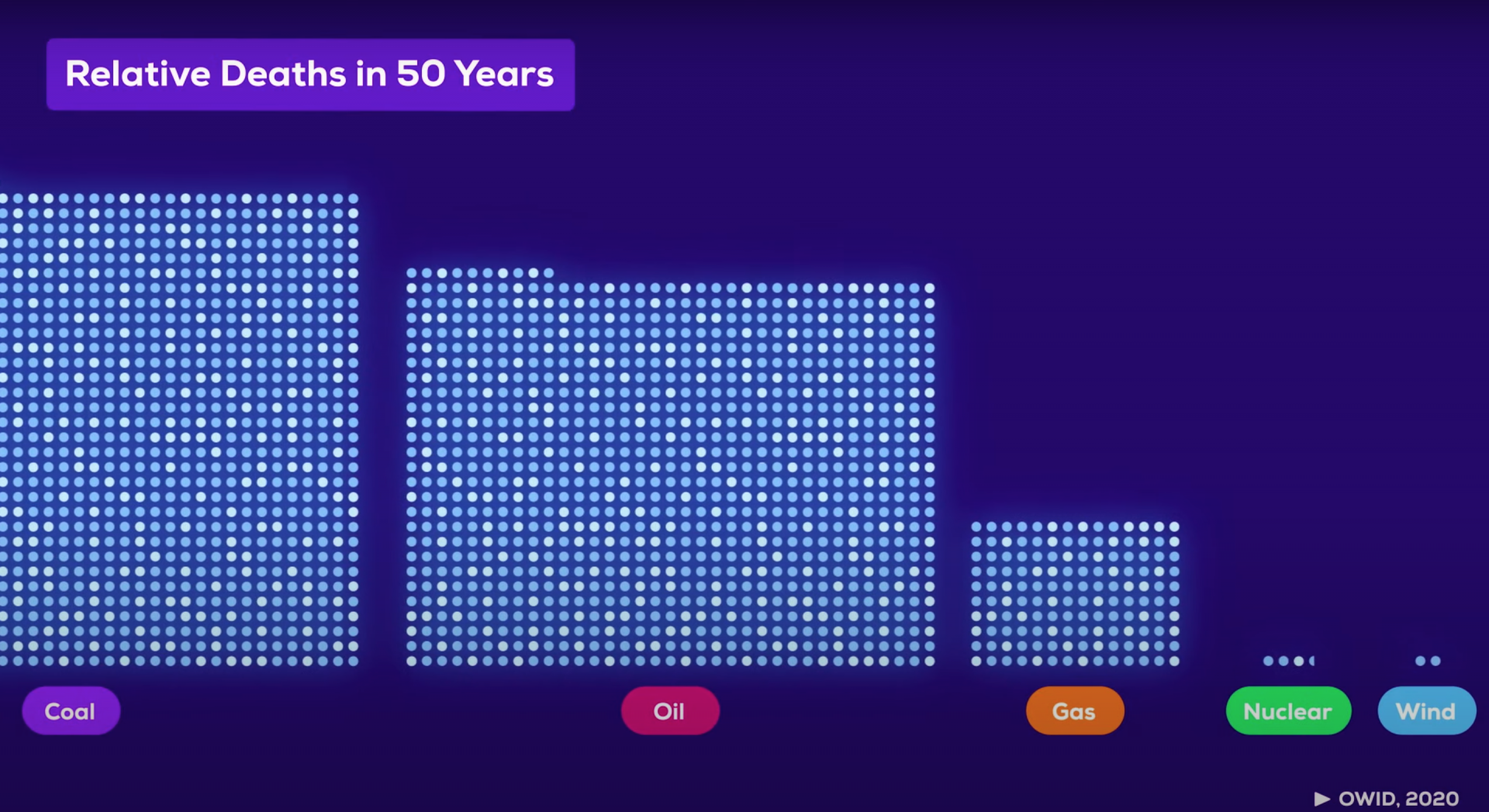 Kurzgesagt says it’s not the nuclear reactors blowing up that does the real damage, but the radiation they release. This radiation causes cancers and other diseases that can be speculatively quantified. The death toll from the Chernobyl accident, for example, is pegged at somewhere between 4,000 and 60,000. For Fukushima, which had much better technology, the current death is around 573; mostly in the elderly, and from panic rather than radiation.

Later in the video, Kurzgesagt compares the deaths from nuclear power disasters to those from other energy sources. The channel estimates that hydropower, for instance, has killed hundreds of thousands of people due to accidents.

Nuclear energy creates an uneasy feeling of danger for many people: ancient and dangerous minerals are concentrated to awaken seemingly unnatural powers, creating horribly toxic elements. How many people has nuclear energy killed and how?
New video: https://t.co/IWrVa0mIYD pic.twitter.com/M3nUUej21G

Because different energy sources make up different proportions of the world’s energy diet, however, the channel notes they must be compared per unit of energy. (The unit used is a terawatt-hour, or enough energy to power 13,000 Americans for a year.) In that respect, coal, via pollution, is responsible for the most deaths per year at 25 per terawatt-hour.

Regardless of the death counts, this video does what all good comparison videos do: give us a new sense of perspective. Speaking of which, if you need a sense of perspective about what other nuclear disasters can do, there are a lot of enlightening, and frightening options out there.