On July 20, 1969, Neil Armstrong took one small step for a man and one giant leap for mankind when he became the first human to set foot on the Moon. On the cusp of the fiftieth anniversary of this momentous achievement, the tributes are only just beginning. But how do you honor arguably the greatest accomplishment in human history? What celebration here on Earth could come close to matching the majesty and awe of reaching on our closest celestial neighbor? Is their any seemingly impossible dream our species could make real that would feel anywhere as glamorous and inspirational?

Yes: Krispy Kreme is now filling their glazed donuts with creme and chocolate, and they’ve added them to the menu permanently.

The popular doughnut chain announced that in honor of man’s first trip to the Moon they are reaching for the stars with a new variation of their iconic glazed donut. The Original Filled (which we first learned about at Delish) comes in two flavors: Classic Kreme and Chocolate Kreme. They look exactly like their original glazed forms, but with a little icing on top to distinguish them from their non-filled brethren.

We take donuts very seriously, so we would travel to the actual Moon to try these. Fortunately, we don’t have to. These new filled-glazed donuts are here to stay for good. On Saturday, June 22, you can even get one for free. Customers can stop into participating stores that day to try one on the house.

What a fitting tribute to the Moon landing—just like when Neil Armstrong set foot on the lunar surface, a free donut is a hopeful gesture for the future of mankind. Who knows what other great donut achievements are on the way? 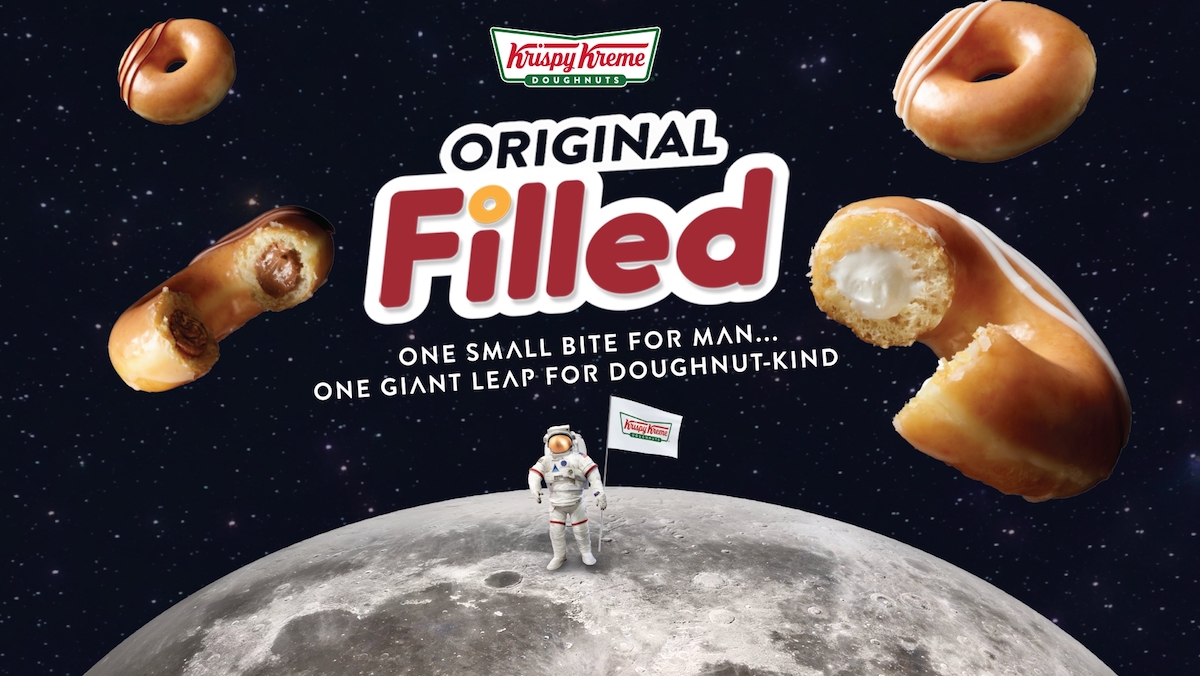 Fifty years later, it’s nice to know mankind is still reaching for the stars. And the donuts.