Moons Can Have Moons and They're Called Moonmoons - Nerdist

Moons Can Have Moons and They’re Called Moonmoons

Thousands of scientific papers are published every year without the public really noticing them. It takes something pretty special for one to cross over to a mainstream audience. And that’s what has happened with a paper written by two scientists who have proposed it is possible for a moon to have its very own smaller moon orbiting it. That’s a very intriguing notion that could have real-world applications for how we deploy satellites and understand the formation of planetary systems. But that’s not why we’re writing about it. We’re writing about it because these moons of moons are called “moonmoons.” Yes, moonmoons. 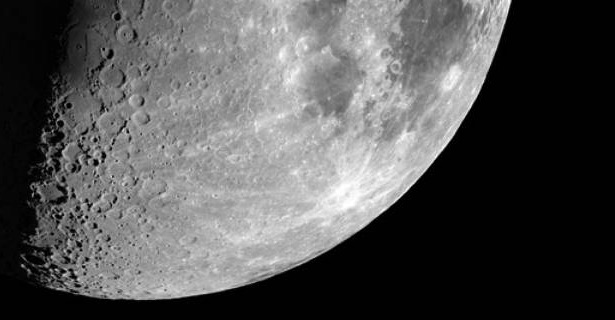 At least that has become the popular term to describe the potential phenomenon written about in a paper (we first learned about at Quartz) by Juna Kollmeier of Carnegie Observatories in Pasadena and Sean Raymond of France’s University of Bordeaux. While they refer to these tiny moons in the paper as “submoons”—none of which has ever actually been seen—the internet has come through and settled on the wonderfully absurd and on-point “moonmoon” term, though we won’t complain if you also call them by some of the other delightful names suggested like “moonitos” (which sounds like a specialty cocktail at a moon bar) or “moonettes.”

As for the actual science of moonmoons, Kollmeier and Raymond write, “While many planet-moon systems are not dynamically able to host long-lived sub-moons (a very large moon with a very small moon that can avoid being pulled away by a star’s gravity), a handful of known moons are, however, capable of hosting long-lived submoons: Saturn’s moons Titan and Iapetus, Jupiter’s moon Callisto, and Earth’s Moon.”The mere possibility of them, and their absence from where we might expect to see them “provides important clues to the formation mechanisms and histories of” solar systems. And yes, that all sounds exciting and promising. Just not as exciting as calling them “moonmoons.”What do you think of this silly name? Tell us in the comments below.