Learn How to Make a Krispy Kreme Face Shield - Nerdist

Learn How to Make a Krispy Kreme Face Shield

We’ve seen some magical things happen in the doughnut world lately, including the invention of this intriguing (and artery clogging) doughnut-chicken sandwich. But magician Andy Clockwise’s Krispy Kreme face shield takes doughnut magic to a whole new level. Because the face shield is not only cheap and presumably effective—it’s also a great excuse to buy a dozen doughnuts. 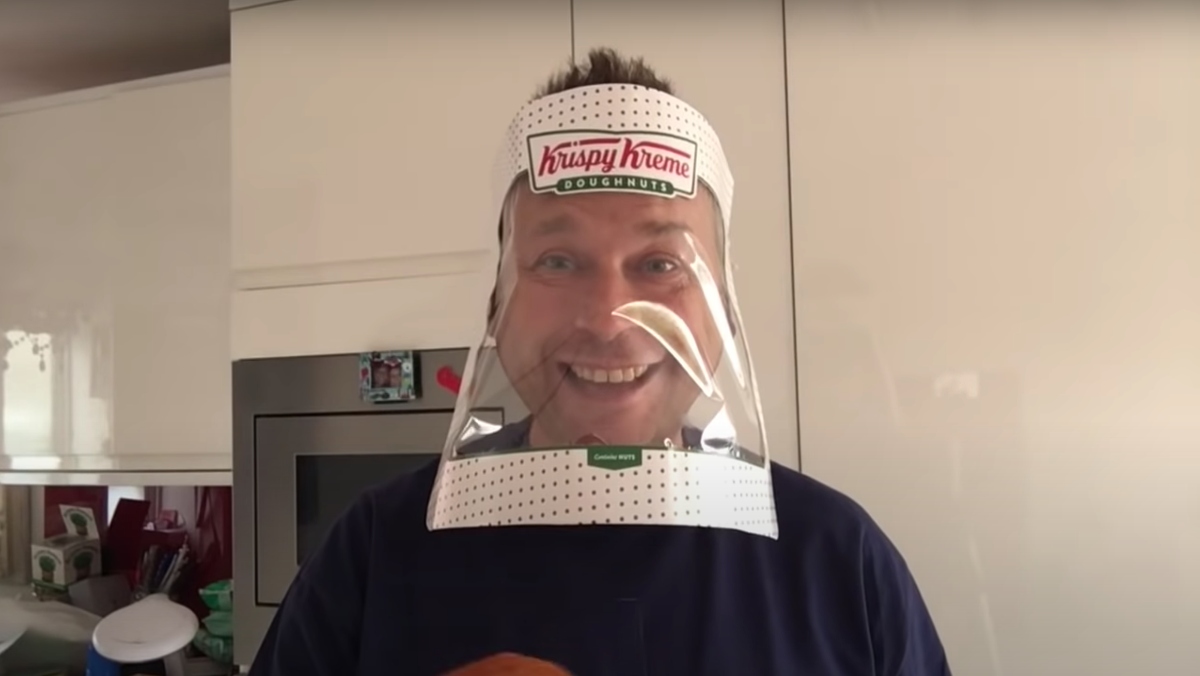 In regards to the actual DIY project, making the face shield looks exceptionally simple. All one needs to do is cut off the top of a Krispy Kreme box, clip a few slips in the creases, and then measure the shield for head fit. Clockwise cuts the corners off the front of his shield too, although that’s obviously more for aesthetics than efficacy.

Krispy Kreme are giving away a free face shield with every box of 12 doughnuts. The shield even carries the warning “contains nuts” 😂😂😂 @KrispyKreme, #KrispyKremeFaceShield https://t.co/uBtiJHtlPR pic.twitter.com/vOgkFnBIDP

Speaking of efficacy, it’s hard to say for sure, but it seems like the contraption would work effectively as a face shield. Note, however, there is no evidence of this. Regardless, a big piece of plastic in front of one’s face must block aerosols, and would almost certainly pass custard with Bill Nye.

On top of that, Clockwise’s shield still lets people see his full, expressive face, which seems like a big qualitative bonus. Unfortunately, eating doughnuts through the face shield, even for a magician, still seems impossible.

Feel awkward wearing a mask? Fear not, I might have found a solution... #staysafe, #savelives pic.twitter.com/QsUXr90eCC

What do you think about Andy Clockwise’s Krispy Kreme face shield? Are you going to run out and grab a box of doughnuts so you can do this at home? Let us know your thoughts in the comments!