KFC is not shy about partnering with other companies on some unexpected products. The last two holiday seasons the fast food chain teamed up with Enviro-Log for an 11 Herbs and Spices Firelog. Both times it immediately sold out, because obviously. Last year we also got KFC’s Cheetos Sandwich, proving that no stoner’s 3 a.m. dream is too wild. KFC was also our unlikely source for a pseudo Rudy sequel. However, the company’s latest crossover promotion might be too weird even for its most diehard consumers. It’s hard to imagine there are lots of people looking for some KFC Crocs that actually smell like fried chicken.

KFC and Crocs have announced (in news we first heard at Mashable) they have combined for some very bizarre, limited-edition footwear. Why? We find it’s best not to ask questions you don’t want to know the answer too. However, if your curiosity must be satiated the best we can offer is the reason they gave: “Finally. Your two favorite brands, immortalized on a rivet to prove a collaboration happened.”

And oh brother did they really lean into the crossover here. These Crocs are not cool. They aren’t “inspired” by KFC. Their design isn’t simply based on the company’s striped red and white color scheme. This is footwear BY people who make fried chicken FOR people who love fried chicken. Specifically KFC fans who only care about how comfortable their shoes are no matter the style. 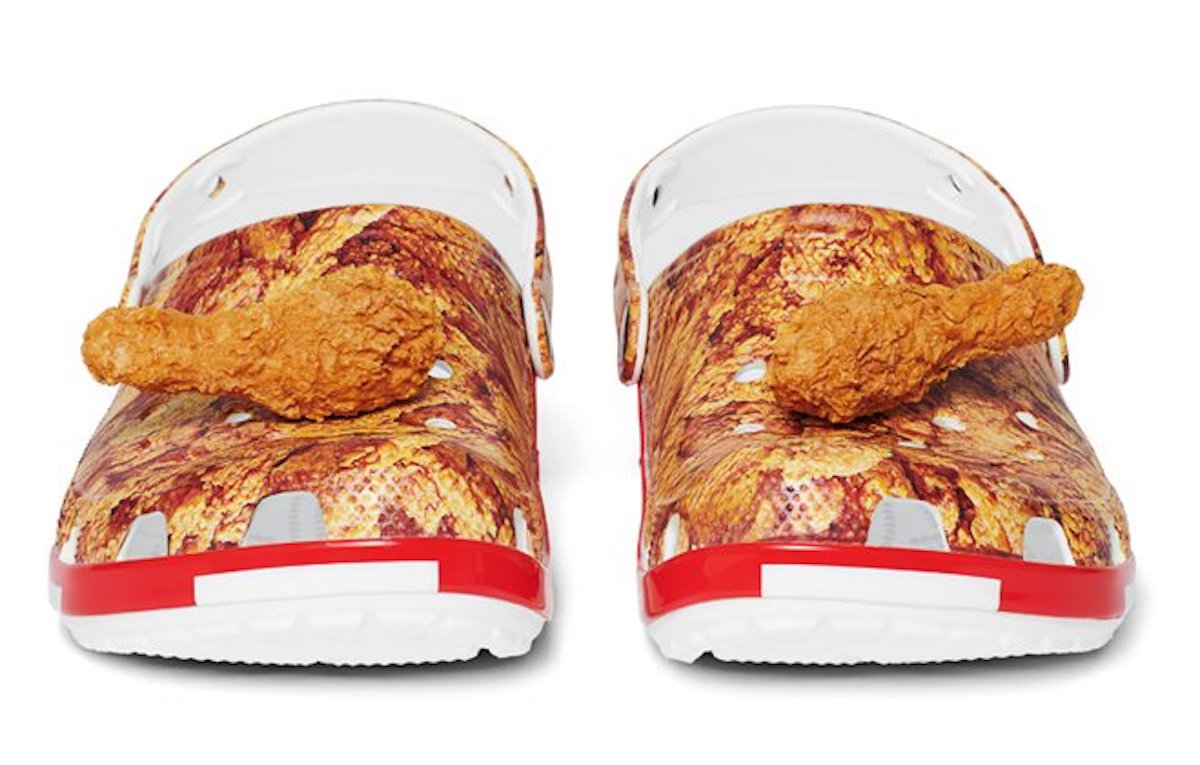 The bottom of these special edition shoes resemble a box of KFC chicken. If that was the motif throughout these might actually be pretty great. But these go well beyond kitsch into downright inanity thanks to the rest of the design. The sides and tops of the Crocs are adorned with images of fried chicken. Crocs says, “These will make your dreams of wearing a bucket of chicken finally come true.” We’d ask “WHICH ONE OF YOU HAS BEEN DREAMING THIS,” but again, we don’t ask questions we don’t want to know the answer to.

Our mouth is watering just thinking about them. No… no wait. No, that’s definitely not what’s happening. 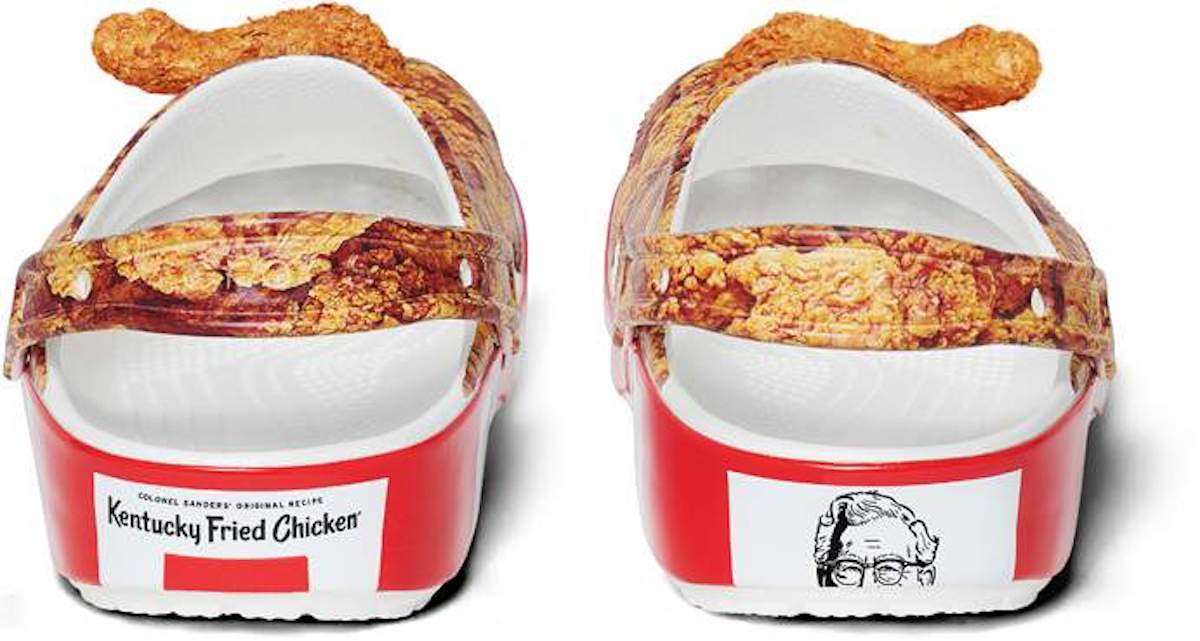 If you must have them (for whatever reason) they will be available on July 28th on the Crocs website. They’ll be $59.99. The tall platform ones seen in the video above will not be for sale. Also, it does not appear you can get them in “spicy,” just original recipe.

…That was supposed to be a joke, but somehow it makes too much sense as a real statement to be funny. This is one KFC crossover promotion that is too absurd for us to make fun of.