Kevin Smith Reveals MALLRATS Sequel is in the Works - Nerdist

Kevin Smith Reveals MALLRATS Sequel is in the Works

Kevin Smith has long been one of the fanboy’s favorite film makers and pop culture pundits. From his breakout critically acclaimed hit Clerks all the way through his smash podcast with Marc Bernadin, Fatman on Batman Smith has established himself as one of the loudest voices on pop-culture, comics, and comedy. According to the director’s Instagram he’s coming back with not one but two sequels to two of his most popular fan fave movies.

2019 was seriously one of the best years of my life! So many of my dreams came true this year, as well as a few big things too dazzling to even dare dream about! From the return of @jayandsilentbob, to having my career literally cemented at the legendary @chinesetheatres, to Clerks being accepted into the @librarycongress – 2019 kept giving and giving! Sooooo glad I didn’t drop dead back in 2018, because I would’ve missed all the stuff I listed with my pic. Thank you to everyone who supported the #jayandsilentbob #rebootroadshow Tour: we’ve made over 3 million bucks from our 2 @fathomevents screenings and the 37 cities we’ve visited so far (Tour resumes January 10th in Oakland for another 25 cities through Feb 26). Many thanks for powering my dopey dream of reopening the Askewniverse and making me and @jaymewes feel so welcomed in all your towns and cities! It’s gonna be hard for 2020 to measure up to 2019 – but I’m off to a fun start by writing stuff for Brodie Bruce & Co. to say in the new script I’m calling TWILIGHT OF THE MALLRATS! The CLERKS III script is also underway, so we’ll see which flick will be my first film of the roaring 20’s! But tonight, I end the year like I always do – standing on the stage at the @hollywoodimprov with @ralphgarman, making BABBLE until the Ball drops (a few tix left at the link in my bio)! It was a decade that began badly with COP OUT and the TOO FAT TO FLY incident. The decade of the Red State Tour, @tuskthemovie and @yogahosers! It was the decade in which I almost died of a massive heart attack, and the decade where I went Vegan and got down to my high school weight! Who knows what the next decade holds in store for us – but I’m ready to turn the page and find out! Happy New Year, my friends! (Jedi Kev piece by @giovanni_hollywood2008.) #KevinSmith #newyearseve #2019

In the social media post which celebrated his 2019 and the release of the sequel to Jay and Silent Bob Strike Back, Smith revealed that he was working on a script for both a new Mallrats sequel and a second sequel to Clerks. “It’s gonna be hard for 2020 to measure up to 2019 – but I’m off to a fun start by writing stuff for Brodie Bruce & Co. to say in the new script I’m calling TWILIGHT OF THE MALLRATS! The CLERKS III script is also underway, so we’ll see which flick will be my first film of the roaring 20’s!”

In case you haven’t seen either of the ’90s flicks which these movies will be acting as sequels to, Clerks was Smith’s debut, a black and white indie darling that showcased the life of a strip mall convenience store and its neighboring video shop. It launched Smith’s career as well as introducing the world to Jay and Silent Bob. Mallrats was Smith’s controversial followup that took the pop culture heavy riffs and cheeky characters and through them into a more teen-movie style set up at a local mall. It wasn’t the hit that the studio was hoping for but has become a cult classic over the years. 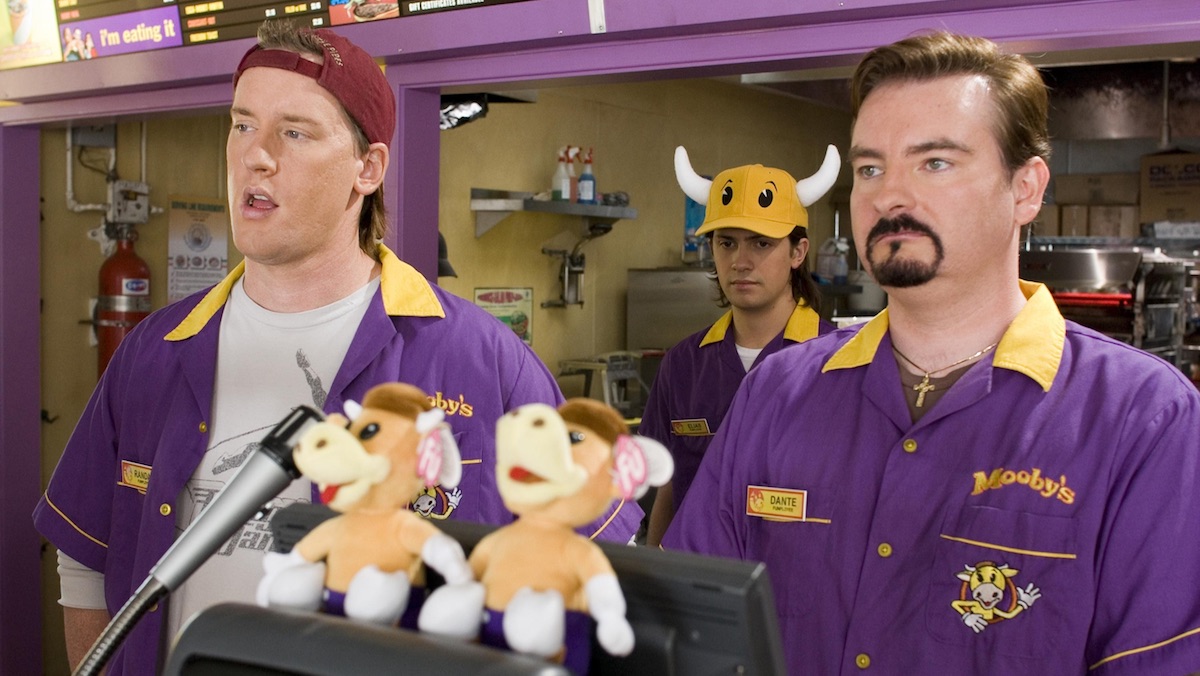 Clerks has already had one sequel in 2006 which introduced Rosario Dawson and moved the action to a fast food conglomerate known as Mooby’s. While we still don’t know anything about the two films that are in production it’s a safe bet that there might be some kind of legacy angle in both, as that was a key part of the new Jay and Silent Bob reboot. Smith’s daughter Harley Quinn Smith, who you might have seen in Once Upon a Time in Hollywood regularly features in his films too so maybe she’ll be leading the new generation of Mallrats or Clerks.

This is surely exciting news for fans of Smith’s classic works and his continuations of those stories. Depending on how the films are received by the studios we could either see these as full cinema releases or just Fandango fan events like the recent Jay and Silent Bob film. Whatever happens it sounds like Smith and co. have plenty up their sleeves for 2020.