Justin Long Talks Getting Trippy For THE WAVE (Exclusive) - Nerdist

Justin Long Talks Getting Trippy For THE WAVE (Exclusive)

Are you ready to get f*cked up? Well, hopefully your answer was yes. Gille Klabin’s The Wave is hitting video on demand services and select theaters this weekend and it’s one of the trippiest, strangest, and sweetest explorations of humanity, morality, and psychedelics that we’ve seen in ages. To celebrate the release of the existential horror we’ve got an exclusive clip of the movie, and asked the film’s star Justin Long about preparing for the unconventional role, the real life inspiration behind it, and the kind of high stakes performances that excite him as a performer.

The Wave follows a young insurance lawyer who is about to make the deal of his life–scamming a family out of their claim–when he ends up accidentally taking a mysterious drug. The idea of having to deal with your day to day life whilst on hallucinogens is horrific enough but Frank’s trip comes with some wild and uncontrollable powers which see him flung through time and space. It’s an unusual role that could easily lean into the comedic but is far more grounded and thoughtful than slapstick. For Long it was the juxtaposition of high-concept and humanity that appealed. “I really loved the story, it felt like it was a very personal story and yet fantastical, which is rare. It has this real heightened plot, and the things that happened to this guy are really extreme, but it felt like it came from a very personal place.”

Cruel and callous, Frank goes on a mind-bending journey offering an unexpectedly moving redemption arc. The Wave’s writer took inspiration from a real-life occurrence in which he tried his best to find humanity. “Carl Lucas wrote it about this experience he had, I think his cousin, unfortunately, passed away suddenly, and lawyers for the insurance company had found some loophole, and they were denying the claim to his family it was just this really shitty thing. In order to deal with it, Carl tried to humanize whoever was doing this, because when you’re dealing with these people, they’re just these, these nebulous entities, there aren’t any faces, or heartbeats that you can assign to these shitty things that are being done.”

The actor continued. “I think this was his way of humanizing this experience. I didn’t know that story until after we finished filming but it all makes sense because when I read it there’s just something very truthful about it and, I liked the message, I liked what it said about this guy going on a journey of redemption and us discovering his own morality and his own mortality.” 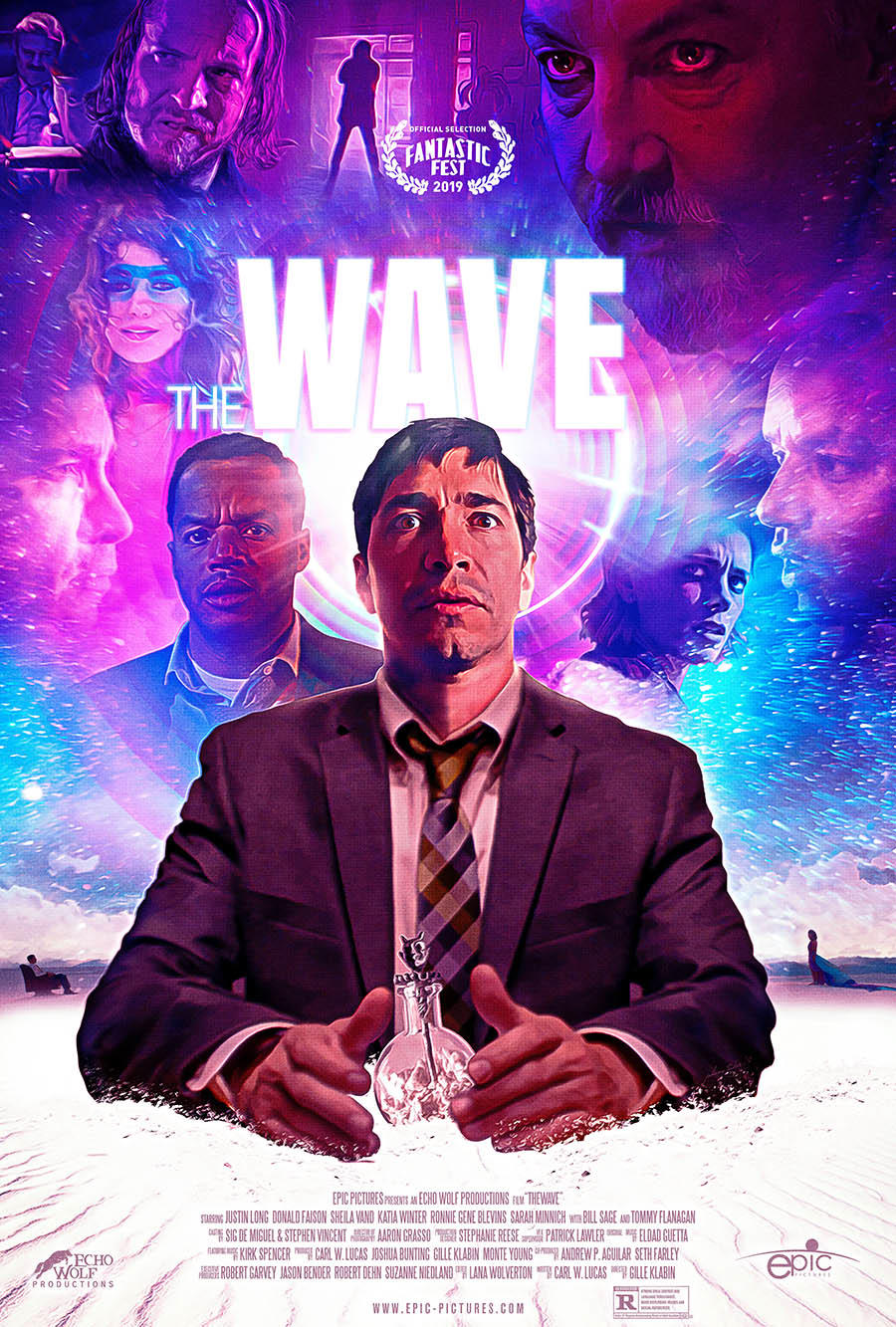 With such an out there concept and execution Long is the much needed beating heart of The Wave and his passion for the part comes through, which makes sense as he was incredibly enthusiastic about taking on the unconventional role and all that came with it. “I love the challenge as an actor to play with stakes like that. Such high stakes so soon into a movie, it reminded me a lot of Marathon Man, which is one of my favorite movies and movies like Run Lola Run. I really just enjoyed those performances and wanted to try my hand at doing one… That’s my selfish actor answer.”

“I watched Marathon Man again, I’ve seen it so many times. Dustin Hoffman, any Dustin Hoffman, even Straw Dogs. Whenever a great actor like that is in life or death is in real peril. I studied performances like that, like Veronica Cartwright in Invasion of the Body Snatchers and Alien. She’s really good at playing characters like that, so authentic. It’s usually horror movies that you see those performances in Leland Orser, he was in Seven, he’s always so good at playing those real like high stakes scenes. There’s so many I love. I love movies like that. I think Sam Rockwell and Moon is this one to study, there’s just so many.”

The Wave has many impressive sequences. Though it was hard for Long to pick just one, he did share a favorite moment from shooting. “Well, there was one scene that we shot and this will also illustrate how much care they took to make sure it was the movie that they wanted to make, you know, they were very deliberate. They really stretched the budget that they had in order to accomplish their vision. It was a desert in New Mexico and about five hours from where we were all shooting in Albuquerque, it was you know it was a lot for a movie like a budget that size to travel everyone down there and to get equipment and of course get all the requisite you know passes and go the hoops they had to jump through to get all the permits and stuff.” 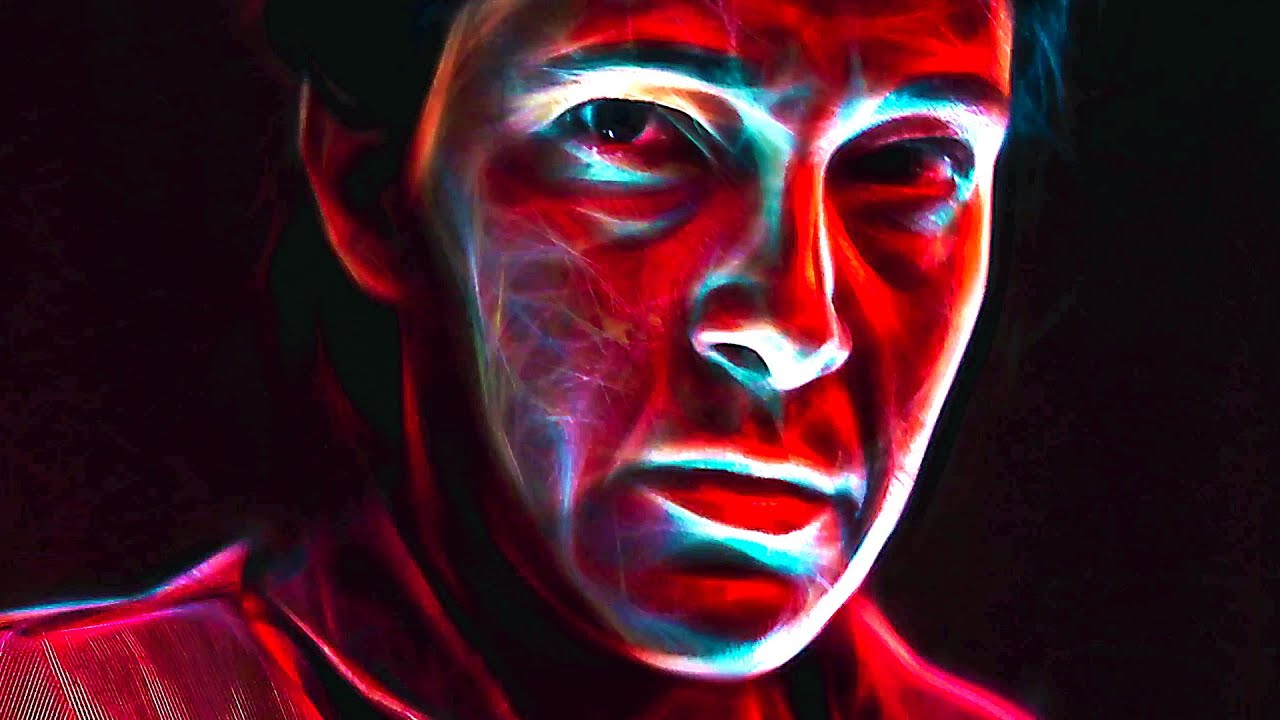 Long continued. “I think now when I see it, it was so worth it. It’s just really, really beautiful and it opens up the movie. And they’re so inventive how they did it. It’s a moment where I take as many drugs as I can consume and for those readers who haven’t seen it yet I’m like a rabid animal and I’m shot into this really trippy sequence and it was all done in camera! They’d a chair on a track and they’d set up all of these lights almost like a light tunnel that they were just going to push me down. None of that was done with was with CGI, I think they added some effects later but for the most part, they did as much as they could in camera including that one shot.”

Those practical effects, both in camera and post, are among the things that make The Wave stand out. For Long it’s something that can’t wait for audiences to experience for the first time. “A lot of the trippy hallucinogenic stuff when I’m, let’s just say, when I’m tripping and I started experiencing The Wave. They added almost all of that stuff by hand they added those after effects where everything becomes distorted and almost like that Richard Linklater movie Waking Life, but like a more heightened type of animation, a more realistic looking animation. They did all that by hand. These guys were really incredible. And I’m excited for people to see that.”

The Wave is available on VOD everywhere now!