Fan Trailer Imagines a JUSTICE LEAGUE Movie in the ’90s

With the DC FanDome event coming up, many fans are wondering if there will be a secret announcement for a new Justice League project of some sort. A continuation of Zack Snyder’s Justice League? An animated revival? Well, here’s one Justice League project that it won’t be, but we desperately wish had been. A DC fan and YouTuber named AListProductions has created a trailer for the Justice League movie that never was, “hitting theaters in the summer of 1993!”

This fantasy JLA movie has the Joker (Jack Nicholson) teaming up with Lex Luthor (Gene Hackman), and Christopher Reeve’s Superman, Michael Keaton’s Batman, and TV’s Wonder Woman (Lynda Carter) and Flash (John Wesley Shipp) team up to stop their deadly plans. You can check out the full trailer down below:

There are a bunch of great touches in this trailer. The start of it blends John Williams’ iconic Superman: The Movie theme with Danny Elfman’s theme from Batman. Which, in our humble opinion, are still the two best superhero movie themes of all time. Also, the old Warner Brothers logo inclusion is a wonderful little detail. Even if that logo was already out of use by 1993, nevertheless the vibe feels right. 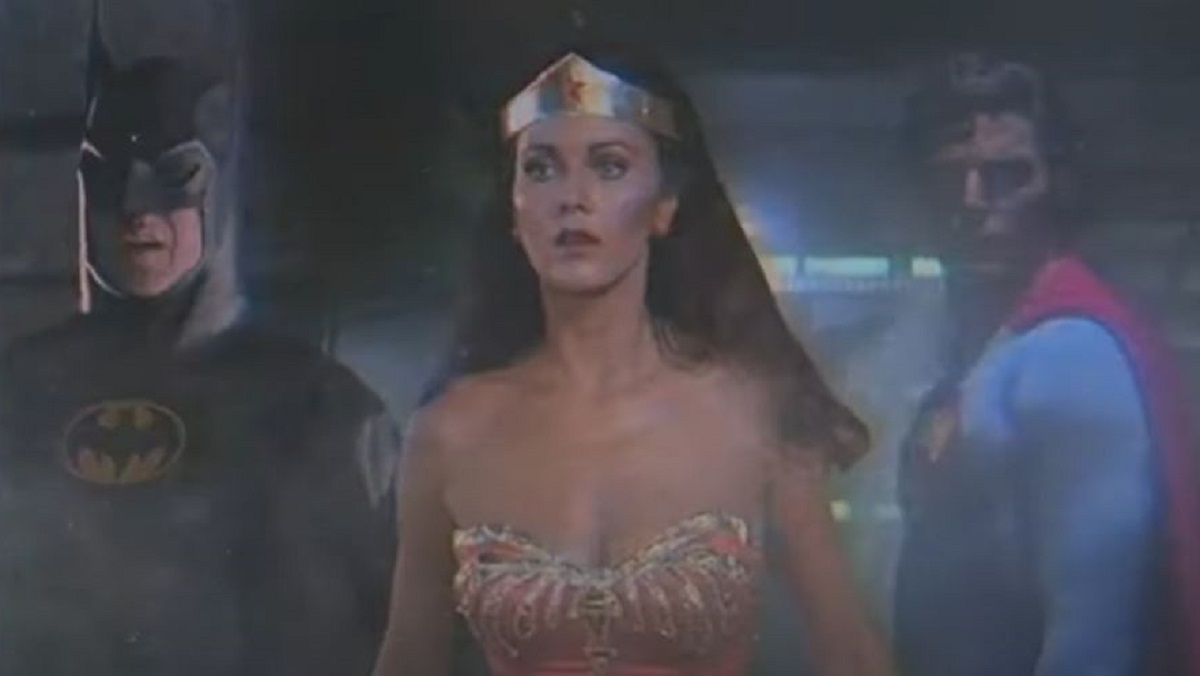 Sadly, back in the day, none of the studios would have thought to make a superhero team up movie like this. But thanks to this fan made trailer, we can’t help but wonder what could have been. If only there had been some forward thinking thinking Warner Brothers exec. One who had pulled out all the stops, and called Christopher Reeve and Lynda Carter out of capes and tights retirement. A brilliant person who’d team them up with Batman. It might have given Jurassic Park a run for its money in 1993. Or, at the very least, made more money than Last Action Hero did!