How can you make sure gamers pay attention to your announcement trailer? The same way you can get anyone to pay attention to anything: make sure Jeff Goldblum is involved. Especially if you’re announcing a new installment into the Jurassic Park franchise. Because there’s no better person to tell the world about Jurassic World Evolution 2 than Dr. Ian Malcolm. Especially when he’ll be a big part of the game.

The Jurassic Park alum narrates the….uh….the, what do you call it? The….ah, yes…..announcement trailer for the follow-up to the 2018 management simulation game. The sequel will give fans a way to return to the now fallen amusement park. It features a “new narrative campaign” set after Jurassic World: Fallen Kingdom. (Which saw the island destroyed entirely.) Frontier Developments says the game will also have new features and new dinosaurs, all “brought to life with captivating realism.” That includes “deeper management tools and creative options, fresh buildings to construct and customize, or handy shortcuts to make life easier.”

While this trailer gives us an idea of the graphics and tone of the game—which in true Jurassic Park fashion goes from serene and beautiful to terrifying—the official synopsis offers an introduction to the story and what challenges await. From the game’s website:

“Players will leave the Muertes Archipelago for the first time and build their own authentic Jurassic Worlds across diverse new environments, from dense forests to scorched deserts, in efforts to conserve and contain more than 75 prehistoric species. These include all-new flying and marine reptiles, brought to life with captivating realism. They’ll display brand new behaviours as they interact with each other, fight for dominance, and react intelligently to the world around them.” 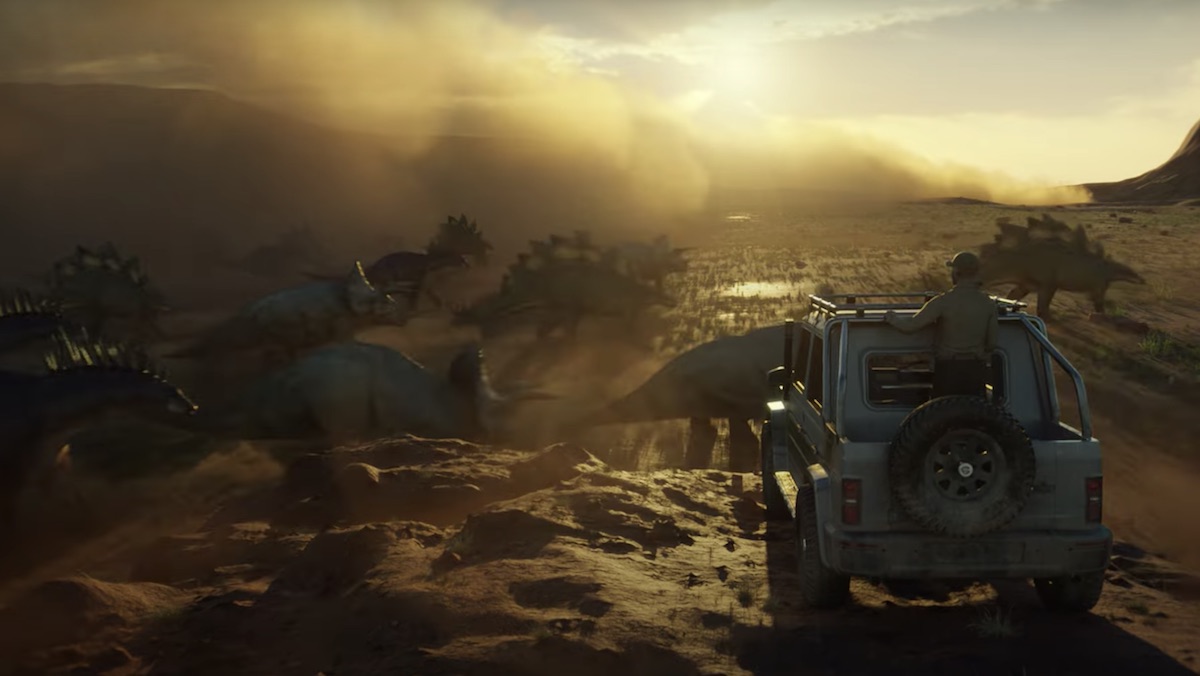 The single player campaign will also feature Goldblum’s Dr. Ian Malcolm. As well as Bryce Dallas Howard’s Claire Dearing. In Fallen Kingdom, Dr. Malcolm warned the world about the dangers of dinosaurs. While Dearing worked to save the animals from an impending volcanic eruption. Both actors will also appear in  Jurassic World: Dominion.

Jurassic World Evolution 2 will also come with a new Chaos Theory mode. Ah…yes….but of course. Chaos Theory mode “offers a reimagined take on pivotal moments from the Jurassic World film franchise as players strive to make their own mark and change the course of events.” For those “looking to unleash their creativity,” Sandbox mode will give players everything they need to create their own “perfect Park.” (Might be tough to make it “perfect.” You know, with it falling apart and prehistoric monsters on the lose.) And Challenge mode will test players “mastery of the game.” 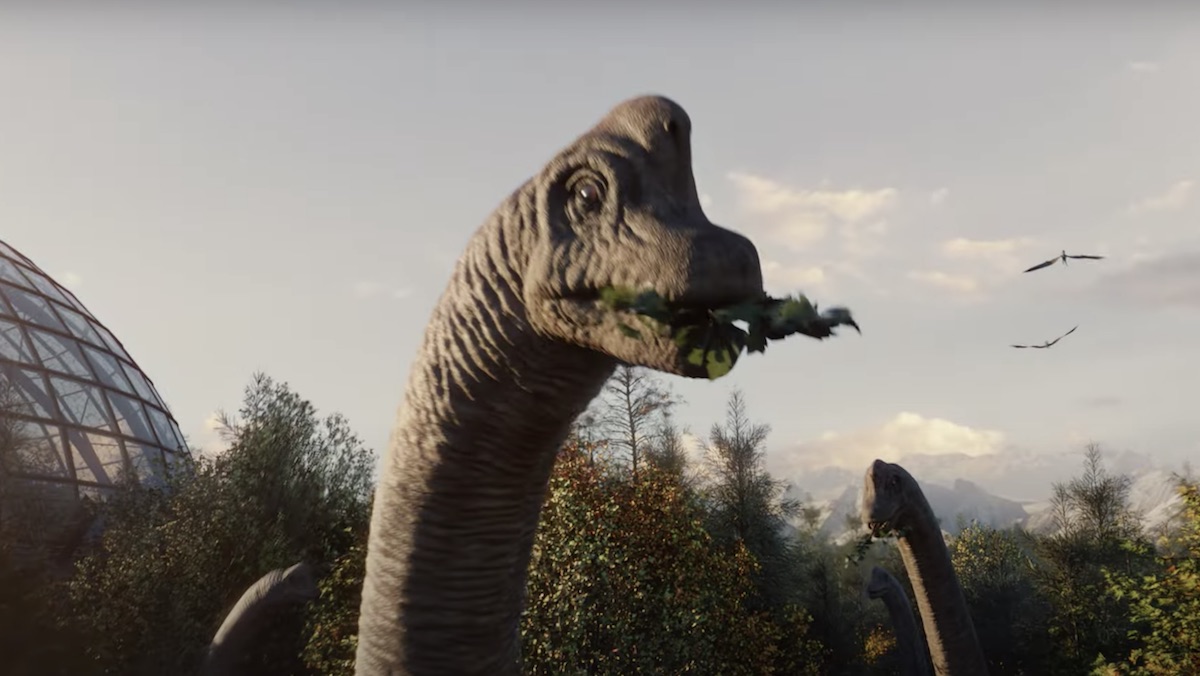 We’ll assume Dinosaur Eats You mode is more of an implicit general level. And we’ll find out when the game debuts on November 9, 2021. You’ll be able to get it for your PC, PS5, Xbox Series X|S, PS4, and Xbox One.

No matter your console or system of choice, we know one thing will be true: we’ll want to hear more of Jeff Goldblum.