They can— and probably will—make Jurassic Park movies forever, because the idea of a dinosaur eating us will always be scary. It’s why the upcoming Jurassic World VR game has us freaked out. But there’s another type of fright that will never get old either: a rollercoaster. And Universal Orlando‘s newest one will combine amusement park thrills with Isla Nublar terror, with the first-ever Jurassic Park rollercoaster.

But even though we won’t become dinner, the VelociCoaster will still be plenty terrifying.

“Step into Jurassic Park and stand in awe and wonder at a land transformed by science after 65 million years. But don’t be deceived by the island’s beauty because danger lurks behind every corner. Only here can you live the adventure of coming face to face with giant creatures of the Earth’s past, encounter raptors roaming every day, or take a daring raft expedition through jungles teeming with dinosaurs. For those brave enough to visit the raptor paddock, you may be able to carefully approach one of these deadly predators. Then feel the rush of the hunt as you race through the jungle alongside raptors on the Jurassic World VelociCoaster, a new species of roller coaster coming Summer 2021.”

Last fall, Universal Orlando announced its next thrill ride. It will bring guests into Jurassic World, minus the threat of a dinosaur outbreak. And this 4,700-foot VelociCoaster sounds pretty dang intense. The ride will have two different launches and reach speeds of up to 70 m.p.h. in 2.4 seconds. It will also include a 360-degree barrel roll and a first-of-its kind zero-gravity inverted stall. That will have riders upside down for 100 feet of the ride. The coaster will also have a “top hat.” It will send guests 155 feet into the air before they make an 80-degree plunge. 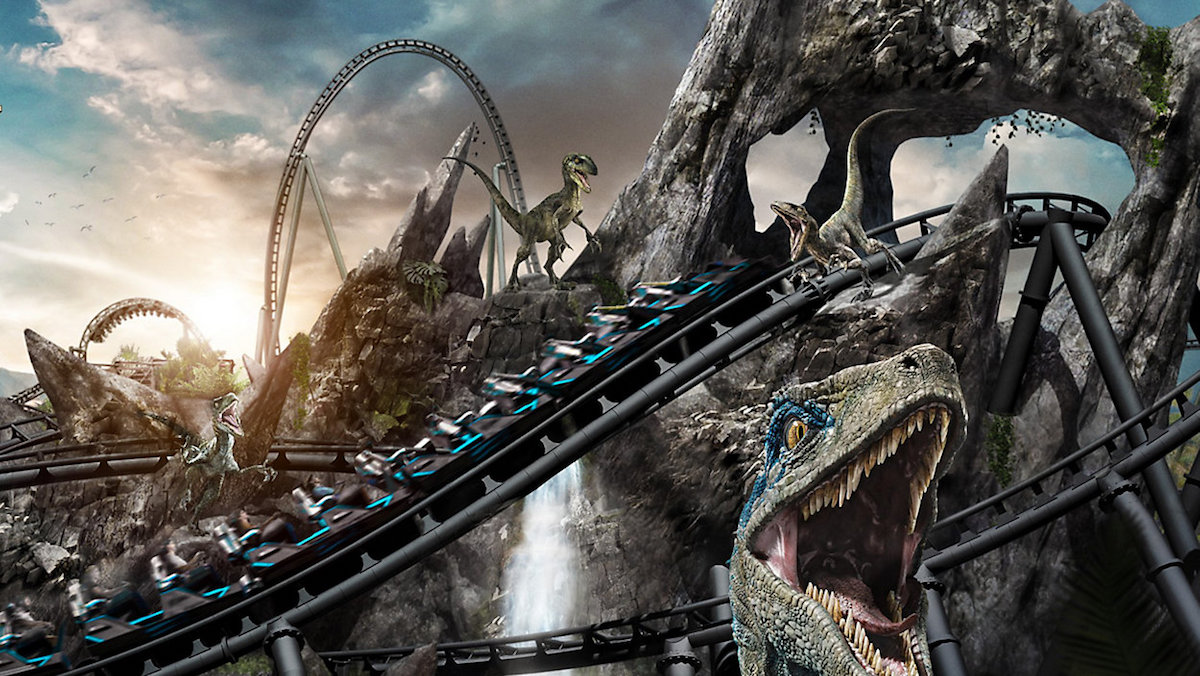 The VelociCoaster, set in the Jurassic World timeline, will also feature an original story. Chris Pratt, Bryce Dallas Howard, and BD Wong will appear during the ride. We’ll also get to see the films’ Velociraptor pack: Blue, Charlie, Delta and Echo. The “apex predator of coasters” will opens this summer, on June 10.

Ride it on an empty stomach, though. This ride will combine the terror of a rollercoaster with our fear of dinosaurs.  And while those dinos aren’t real, that’s never stopped us from being scared of them before.

This article was originally posted on September 29, 2020.