Comedy directors keep making the leap from big laughs to more serious fare. Peter Farrelly with Green Book, Adam McKay with Vice, and now Todd Phillips—best known for The Hangover movies—is trying his hand at not just a serious movie, but a serious comic book movie, with his next outing, Joker. The first trailer just landed, and it looks like Phillips might just have something strange and uniquely beautiful on his hands.

Joaquin Phoenix stars as the titular clown, named Arthur Fleck here. If you’re at all familiar with Phoenix’s work, this is pretty much in line with what he’s best at: gangly, awkward, and slightly off. Phillips found the perfect Joker in him.

The film is set in Gotham City in 1981, and serves as an origin story for the famous DC Comics villain, arch nemesis to Batman. There are no signs of the Caped Crusader in this trailer, but there are little nods to the characters’ comic history, like a peek at the Arkham State Hospital where the Joker has famously been incarcerated in lore. 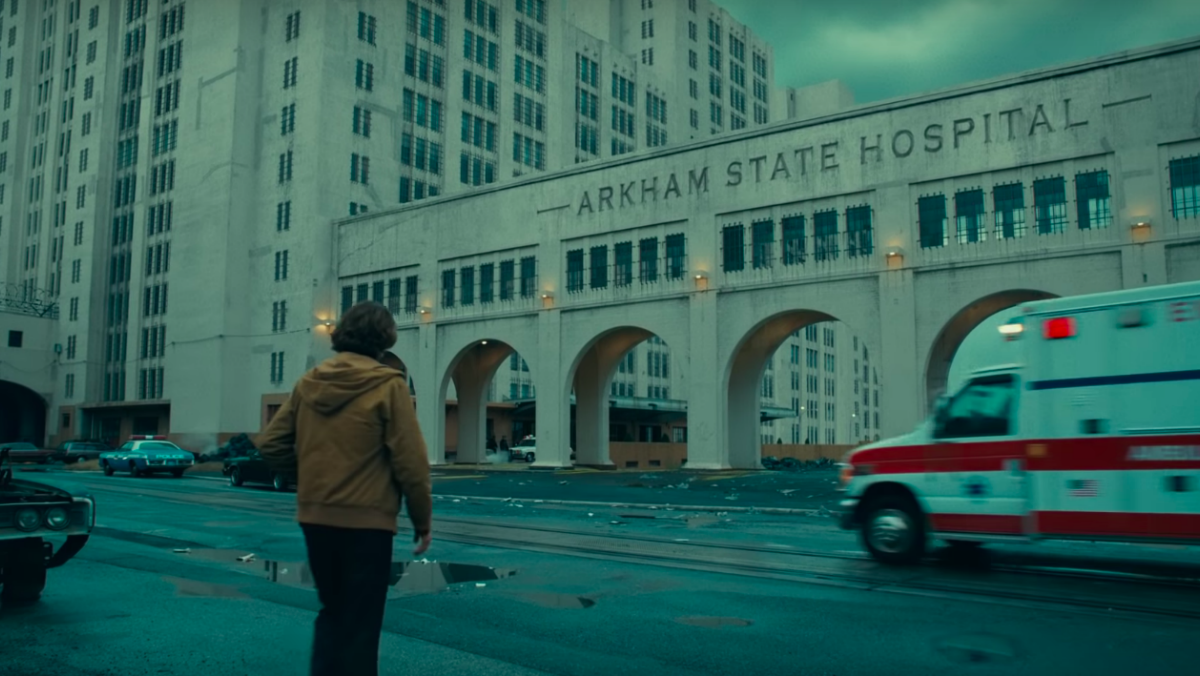 Like a lot of cinematic villain origin stories, this one appears to be deeply sympathetic to its lead. We see Arthur in sad clown makeup, doing bad standup comedy, and dancing at home with his mother (Frances Conroy). We also get a brief look at Bryan Tyree Henry as an Arkham nurse and Arthur flirting with his love interest Sophie (Zazie Beetz).

Phillips has said Joker was inspired by the films of Martin Scorsese, and that’s pretty obvious in this trailer. Arthur looks like a combination of Taxi Driver‘s Travis Bickle and Kings of Comedy‘s Rupert Pupkin, both roles made famous by Robert De Niro, whose casting in Joker as a talk show host is likely a nod. We can’t deny the strange magic Phillips is pulling off in this first look. This is unlike any DC movie we’ve seen yet, and we’ll be fascinated to see how it all comes together.

Joker laughs its way into theaters on October 4.