Episode 113 of Critical Role, “The Final Ascent,” featured a guest star that undoubtedly left an impression on both Vox Machina and Critters everywhere. Actor Joe Manganiello, known for his unforgettable roles in True Blood and Magic Mike, joined the adventurers as they began the last leg of their quest to destroy Vecna.

Joe’s character, Arkhan the Dragonborn Paladin, came across Vox Machina in a critical moment when they probably needed his help the most. Now Joe and the cast of Critical Role are asking for you to lend your help to the people of Puerto Rico as they begin rebuilding in the wake of Hurricane Maria. 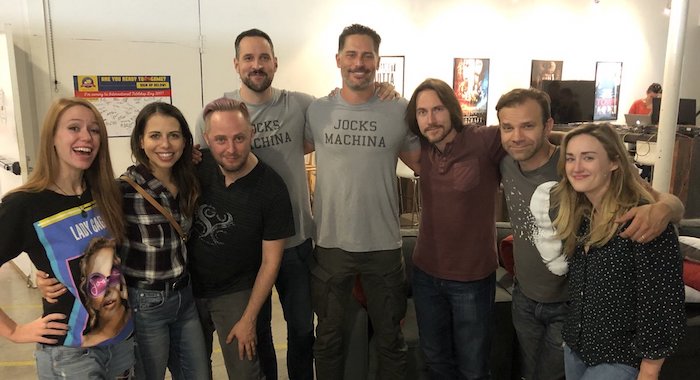 You too can own the amazing and stylish “Jocks Machina” T-shirt rocked by the two self-styled Bro-barians of the party, Travis Willingham and Joe Manganiello. Choose either the short sleeve T-shirt or the racerback tank top to get knowing winks from your fellow Critical Role fans when they spot you at the gym or just out and about.

All proceeds from the shirt sales go toward the humanitarian efforts in Puerto Rico. 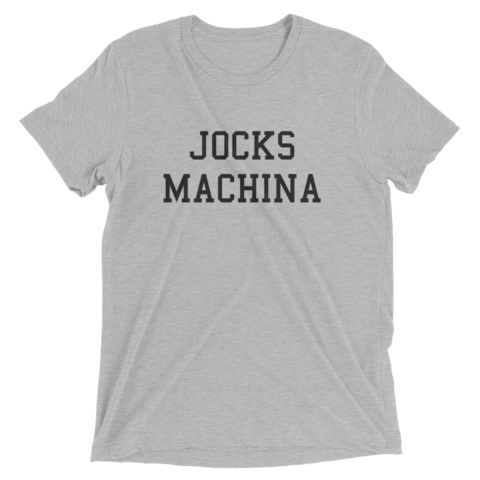 Place your order soon and you too can rock with the jocks of Vox Machina, all for a good cause.

And tune in to Geek & Sundry’s Twitch channel every Thursday night at 7:00 PM Pacific for the next exciting episode of Critical Role.

Other Images: Joe Manganiello and 359 Inc.