John Oliver. Purveyor of laughs, purveyor of doom. By now, you likely know the drill when you tune into Last Week Tonight. You’ll get some pretty horrifying information about a facet of our society you maybe haven’t paid too much attention to. But you’ll also get a few dozen jokes about funny-looking animals! So you take your medicine with a spoonful of sugar. This week’s episode, concerning the recyclability (or lack thereof) of plastics, provides all of the above.

Another interesting piece of John’s latest lesson involves the marketing of recycling. The video highlights how major corporations have long put the onus on the consumer alone to “save the environment.” Meanwhile, with so many non-recyclable plastics in production, it’s practically out of the everyday person’s hands to manage this issue whatsoever. 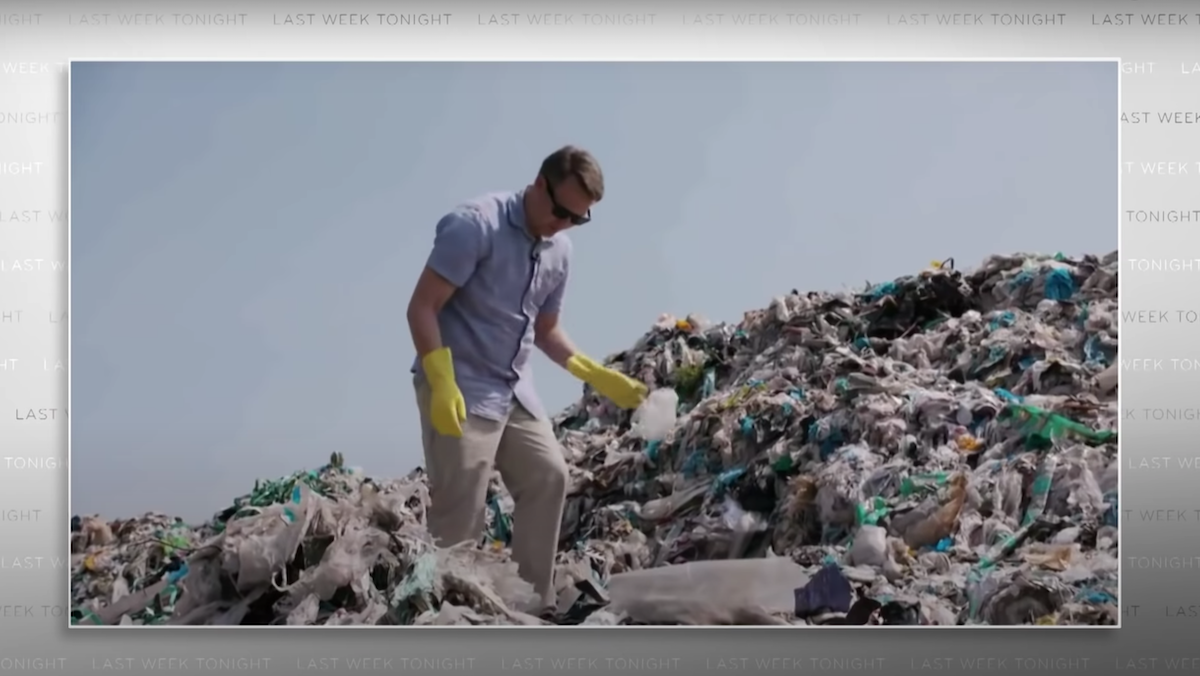 Of course, John closes out the segment with encouragement to keep recycling, albeit more mindfully. Following this, an appropriate castigation of the major corporations producing plastics; they’re the ones that need to change behavior in order to get the planet into better shape.

Some harrowing statistics in this video really drive this point home. Half the plastics ever produced have come into being since 2005; additionally, so much plastic litters the ocean, that by 2050, the mass of plastic should outnumber the mass of fish.

Yeah, harrowing! But John Oliver tosses in a talking blobfish and a demonic goat-man to make it all a bit more palatable. 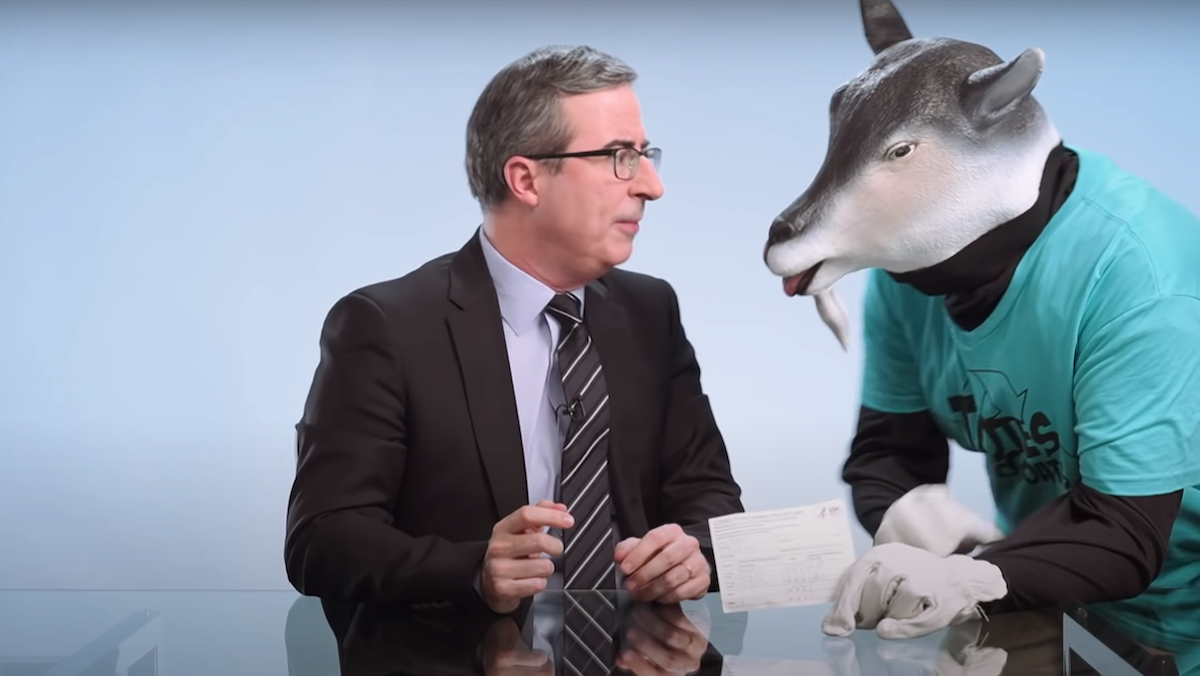 You know, the usual method.