John Oliver Wonders What the Pringles Man’s Body Looks Like

Pringles has been one of America’s most addictive snacks since 1967, and their mascot has been ubiquitous just as long. In fact, the mustachioed man even has a proper name: Julius Pringles. But one thing this egg-headed dude has never had is a body. Just what does Mr. Pringles look like from the neck down?

Recently, Last Week Tonight’s John Oliver made a joke about what the Pringles man’s body might look like, and in response, he got a metric ton of artwork from viewers showing off their ideas.

Although Oliver is still on his several month hiatus from his show, he still has his YouTube channel. And he decided to post a video showcasing all the artwork fans have sent him with their notions about just what Julius Pringle’s body looks like. And their ideas of what Julius looks like are hilarious and a wee bit surprising. Is a muscle daddy Pringles man hot or disturbing? We can’t decide. 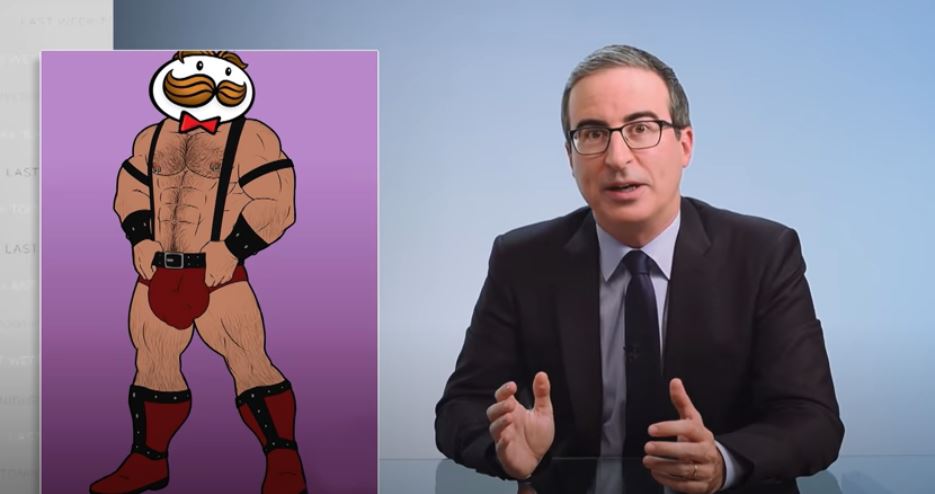 Although “sexy” Mr. Pringles is sure to get a lot of attention, I am just as fascinated by the idea of Julius as the robotic Baymax from Disney’s Big Hero 6. Also, until this video, we had no idea that the man who invented the Pringles can actually used one as a container for his ashes when he died, which is pretty hardcore when you think about it.

This video is well timed, as this year the marketing icon got another big makeover. This would be is the first major makeover in nearly 18 years. Although Julius did comb his hair in a new way in 2009, so I guess that sort of counts. Alas, this new makeover once again leaves Julius without a body. It’s doubtful anything they come up with will be as memorable as what the John Oliver’s fans have concocted in their imaginations.